GRAIGNES, France (Reuters) - The lost U.S. paratrooper tapped on the door of the Rigault family’s farmhouse in Normandy in the early hours of June 6, 1944, miles south of his intended drop zone and soaking from his landing in the surrounding marshland. 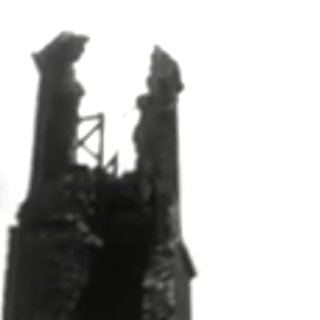 After four years under German occupation , 12-year-old Marthe Rigault, awoken by the roar of aircraft overhead, watched as her parents warmed the foreign soldier with a flask of coffee.

By dawn, dozens of men from the 507th Parachute Infantry Regiment had hunkered down on the Rigault farm outside the village of Graignes. As they did, the distant boom of heavy artillery carried inland as allied forces invaded Europe on the Normandy beaches to drive the Nazis from France.

“They said, ‘Don’t be afraid, we’re you’re friends, the Tommies,’” Rigault, now 86, recalled. “We thought we’d been liberated. We were overjoyed. We didn’t know it that morning, but it would be a month before Graignes was set free.”

Some 170 paratroopers had been involved in one of the worst misdrops of any airborne unit on D-Day. Separated from their comrades in German-occupied territory, the troops dug in. 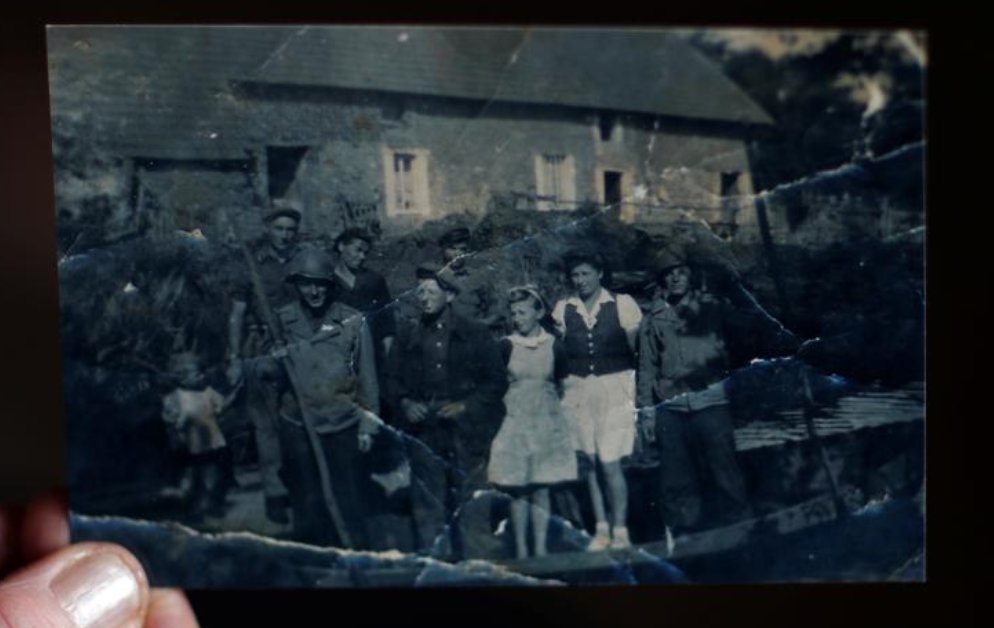 Marthe Rigault, 87 years old, from Graignes in  Normandy, holding a copy of a photograph
taken couple of weeks after D-Day, showing her among relatives and U.S. soldiers.
Picture taken in Graignes, France May 15, 2019.
REUTERS/Christian Hartmann

The inhabitants of Graignes were swift to help, feeding the U.S. troops, relaying intelligence and retrieving their equipment from the marshland. The village would pay a heavy price for offering assistance. It would lead to what they now call the “secret massacre” of D-Day. 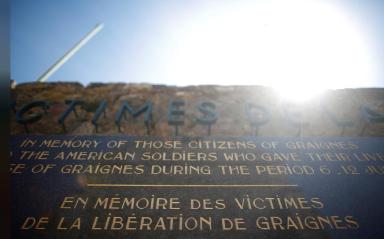 “For two or three days, my father, sister and I, and others too, rowed out with the soldiers to recover their munitions and parachutes from the marshes,” Rigault said.

The Americans converted the village boys school into a command center, mined access roads and turned the belfry of Graignes’ 12th century church into an observation post.

Only the church bell tower stands today, a memorial to the U.S. soldiers and civilians killed during the battle for Graignes. The Germans launched their assault on June 11, as Marthe Rigault and her elder sister, Odette, attended mass. 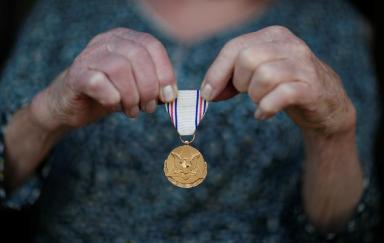 “A woman ran in and told us to hide because the Germans were nearby,” said Rigault. Panic swept through the nave as gunfire erupted outside.

The village has invited both U.S. and German troops to attend a dinner to mark the 75th anniversary of the Normandy landings and the battle for Graignes. President Donald Trump will attend a ceremony at a nearby U.S. war cemetery to honor his country’s forces who took part in the D-Day landings. 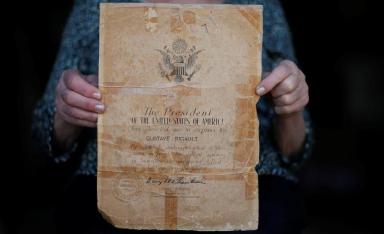 For nine hours, Rigault sat huddled with her sister against the church’s stone walls as wounded soldiers and civilians were brought in. As dusk fell and their defenses crumbled, the American soldiers were forced to retreat from Graignes.

The Germans were brutal in their reprisals against the village, Rigault recalled.

The village priest, Father Albert Leblastier, and a Franciscan priest were shot dead and their bodies burned. Homesteads were torched. The maimed paratroopers left behind were split into two groups: some were marched down the road and executed, others were “thrown into the marshes and bayoneted,” Rigault recalled. “We weren’t allowed to pull them out for several days.” 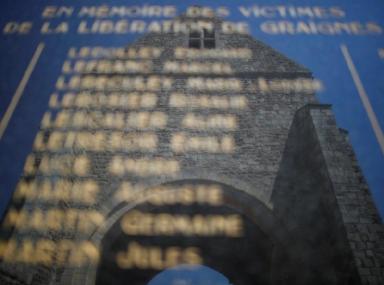 For four decades, Rigault had no news of the U.S. troops she had helped, although word of the villagers’ bravery reached Washington.

Rigault treasures a battered certificate signed by Dwight Eisenhower, in his capacity as the commanding U.S. general in Europe, on behalf of the U.S. president expressing thanks to her father, Gustave, for helping the paratroopers.

Then, in 1984, a small number of the U.S. soldiers whose lives had been saved by the villagers returned to Graignes.

“It was tough for them to come back because they felt that in some way they had abandoned the villagers, left them to face the Germans’ revenge,” said Denis Small, mayor of Graignes for the past 22 years. “But the village received them for the liberators that they were.” 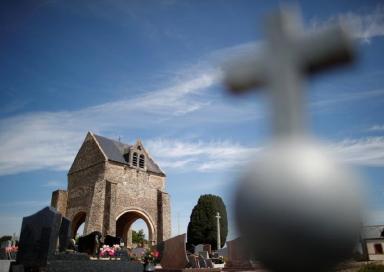 Two years later, in 1986, the U.S. government recognized Rigault for her courage in aiding the troops as a young girl with an Award for Distinguished Civilian Service.

Graignes was liberated from the Germans on July 12, 1944.

Early June, every year, French media are full of stories about D-Day. This year, being the 75th anniversary, is even fuller than usual.

Veterans are now a small population, so they get special attention.

I saw this story on a documentary about D Day. Amazing courage of the village and it's people.

Professor Principal
3  Sparty On    3 years ago