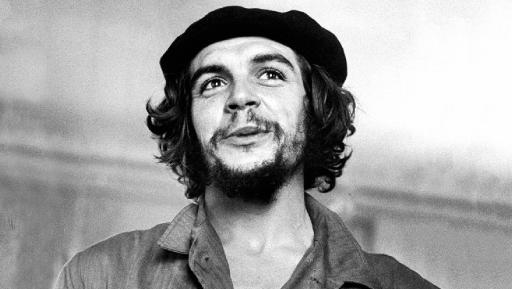 SANTA CLARA, CUBA—Is Marxist revolutionary Che Guevara too moderate for a 2020 run as a Democrat?

That's the question the left is asking after Guevara was resurrected by a leftist political action committee, Marxists for Equality, Socialism, and Stalinism. MESS activists arrived in Santa Clara earlier this week and summoned Guevara's spirit back from the dead using dark, demonic rituals, which are well-known to many Democrats. MESS then hastily photoshopped a birth certificate for Zombie Guevara so he would be eligible to run for president of the United States.

Guevara announced his run but was quickly denounced by many of his fellow candidates and other prominent Democrats.

"I'm just not sure Guevara is far enough left to be a viable Democratic candidate this election," said one political pundit on CNN. "He's really a centrist in the midst of this field of radical leftists, and we just don't think he's going to stand out this time."

Democrats pointed out that while Guevara was a mass murderer, he really needs to specifically come out as allowing murder up to and including the moment of birth if he's going to be accepted as a mainstream Democratic candidate. They also demonstrated that his brand of totalitarianist terror was a fine starting point, but he needs to show his willingness to silence anyone who even seems to slightly disagree with the left if he's going to get any traction.

"I just looked up the Wikipedia article on Che," Alexandria Ocasio-Cortez tweeted while she was supposed to be working. "I don't see anything about him addressing climate change and wanting to destroy an entire economy based on wild-eyed apocalyptic predictions. I might have to throw away my Guevara T-shirts, to be honest."

Reached for comment on Guevara's official run, Bernie Sanders simply began ranting incoherently about how many flavors of Doritos there are at his local grocery store.

Che is opposed to open borders, he actually wants a fence around America to keep us in.

And remember Che was a big fan of torture and prisons for political opponents, rape, and murder.

the perfect icon for Democrats

Well them, maybe Marianne Williamson can hook him up with some crystal power to get him back on track then.

Maybe a little bee pollen and some Rolfing on the side to reduce the stress of coming back to life after all these years.

Marianne Williamson most certainly used her black magic to revive him.

Don't be so moderate or non partisan BF.  You are taking your objectivity to an extreme.