Is plutocracy really the problem?

Lessons from the Great Depression seem to have been forgotten, as extremely rich folk take the floor with their policy preferences. Alternative voices are needed. 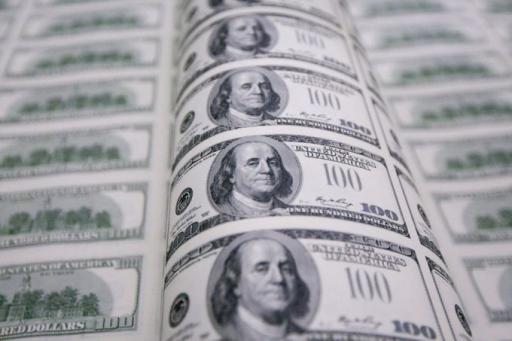 WHY did the policy response to the Great Recession only partly reflect the lessons learned from the Great Depression?

Until recently, the smart money was on the answers given by Financial Times commentator Martin Wolf and my Berkeley colleague Barry Eichengreen. Each has argued that while enough was remembered to prevent the 1929-size shock of 2008 from producing another Great Depression, many lessons were ploughed under by a rightward ideological shift in the years following the crisis. Since then, the fact that the worst was avoided has served as an alibi for a suboptimal status quo.

Now, Nobel laureate economist Paul Krugman has offered an alternative explanation: plutocracy. At the start of the 2010s, the top 0.01 per cent - 30,000 people around the world, half of them in the United States - cared little about high unemployment, which didn't seem to affect them, but were greatly alarmed by government debt. They began demanding austerity, and, as Professor Krugman contends, "the political and media establishment internalised the preferences of the extremely wealthy".

Would the US economy of the 2010s have been materially different if the share of total income accruing to the top 0.01 per cent had not quadrupled in recent decades, from 1.3 per cent to 5 per cent?

Prof Krugman certainly thinks so. He wrote: "While vigilance can mitigate the extent to which the wealthy get to define the policy agenda, in the end, big money will find a way - unless there's less big money to begin with."

In fact, big money does not always find a way, nor does its influence necessarily increase as the top 0.01 per cent captures a larger share of total income. Whether the average plutocrat has 1,000 or 50,000 times more than the average worker makes little difference in this respect.

More to the point, big money wasn't the primary determinant of whether policymakers heeded or forgot the lessons of the Great Depression. For example, one lesson from that earlier episode is that high unemployment is extremely unhealthy for an economy and society; a depression is not, as the early 20th-century economist Joseph Schumpeter once claimed, a "good, cold douche" for the economy.

But this lesson was forgotten only by a lunatic fringe, some of whom suggested that the Great Recession was needed to move workers out of bloated sectors such as home construction.

As for lessons that were forgotten, one is that persistent ultra-low interest rates means the economy is still short of safe, liquid stores of value, and thus in need of further monetary expansion. During and after the Great Recession, denying this plain truth and calling for an end to stimulus became a litmus test for any Republican holding or seeking office. Worse, these politicians were joined by an astonishingly large number of conservative economists, who conveniently seemed to forget that the short-term safe interest rate is a good thermometer for the economy.

To be sure, "big finance" did play a role here, by insisting that the Fed was trying to push value away from "fundamentals", even though economic fundamentals are generally whatever the Fed says they are. But an even more obvious culprit was hyper-partisanship.

THE LOGIC OF AUSTERITY

Another lesson is that printing or borrowing money to buy stuff is an effective means for governments to address worryingly high unemployment. After 2009, the Obama administration effectively rejected this lesson, in favour of the logic of austerity, even though the unemployment rate was still 9.9 per cent.

A related lesson is that high levels of government debt need not lead to price instability or an inflationary spiral. As John Maynard Keynes argued in January 1937: "The boom, not the slump, is the right time for austerity at the Treasury." Unfortunately, in the early 2010s, those of us who recalled this lesson were consigned to the margins of debate.

Yet, here, big-money influence was a secondary problem compared to the Democratic Party's broader surrender to neo-liberalism, which started under President Bill Clinton, but reached its apotheosis in the Obama era. After all, the plutocracy itself profits when money is cheap and lending is dear.

The larger issue, then, is an absence of alternative voices. If the 2010s had been anything like the 1930s, the National Association of Manufacturers and the Conference Board would have been aggressively calling for more investment in America, and these arguments would have commanded the attention of the press. Labour unions would have had a prominent voice as advocates for a high-pressure economy. Both would have had very powerful voices inside the political process through their support of candidates.

Did the top 0.01 per cent put something in the water to make the media freeze out such voices after 2008? Did the ultra-wealthy create our modern campaign-finance system, in which elite social networks and door-to-door canvassing are less important than a candidate's fund-raising totals? The problem is not so much that the plutocracy has grown stronger as that countervailing powers have disappeared. After all, there are wealthy donors and philanthropists on the left as well as the right, and some billionaires have even started to demand that they be taxed more.

Of course, the political implications of plutocracy are dangerous and destructive. In the US, Olin money has captured the judiciary, Koch money has misinformed the public about global warming, and Murdoch money routinely terrifies retirees about immigrants. But just because the public sphere is tainted and skewed by plutocratic influence does not mean that more rational policymaking is doomed. Once we are aware of the problem, we can begin to work around it.

Prof Krugman admits as much when he warns "centrist politicians and the media … not to pull another 2011, treating the policy preferences of the 0.1 per cent as the Right Thing as opposed to, well, what a certain small class of people want".

For journalists, academics, elected officials, and concerned citizens generally, the first task is to ask oneself everyday: Whose voices are getting more attention than they deserve, and who isn't being heard at all? Ultimately, it is the public that will decide the fate of the public sphere.

Initial image: Another lesson is that printing or borrowing money to buy stuff is an effective means for governments to address worryingly high unemployment. PHOTO: BLOOMBERG

The writer, a former deputy assistant US Treasury secretary, is professor of economics at the University of California at Berkeley and a research associate at the National Bureau of Economic Research

Please
- read the seed before Commenting.
- Comment on topic ( CoC Rule N° 4 ).
- cite the portion of the seed on which you are Commenting , to enable us (myself and Mods) to observe whether your Comment is effectively on-topic. I will request "deletion / off-topic" for any Comment that is not clearly tied to the seed.

More to the point, big money wasn't the primary determinant of whether policymakers heeded or forgot the lessons of the Great Depression. For example, one lesson from that earlier episode is that high unemployment is extremely unhealthy for an economy and society; a depression is not, as the early 20th-century economist Joseph Schumpeter once claimed, a "good, cold douche" for the economy.

But this lesson was forgotten only by a lunatic fringe, some of whom suggested that the Great Recession was needed to move workers out of bloated sectors such as home construction.

Brad de Long is one of my go-to guys in economics. I happened across this article in the Business Times of Singapore, of all places!