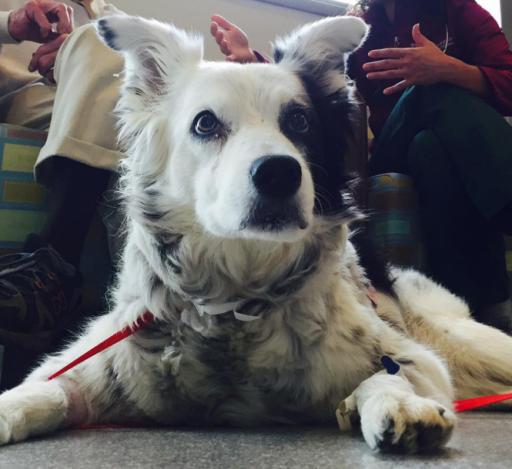 The border collie Chaser, dubbed “the world’s smartest dog,” has died at 15.

Chaser’s forever family, from Spartanburg, S.C., memorialized her  on their Facebook : “We are beyond sad to report that on Tuesday, July 23, 2019, in the Pilley family home, Chaser got her wings, joining John Pilley for their next adventure.”

They said her passing was “peaceful, beautiful, quiet,” surrounded by family. The post has received almost 700 comments of condolences.

Chaser first came to the Pilley family in 2004, when Dr. John Pilley received the puppy as a gift from his wife,  WYFF4 reported .

As a psychology professor at Wofford College in Spartanburg, Pilley had become interested in animal intelligence, and began  training Chaser to recall  a remarkable number of commands and words.

Border collies were originally domesticated to help shepherds in the UK herd sheep. Pilley  taught Chaser the names  of her very own herd of stuffed animals — more than 1,000 of them.

Chaser had been featured in news articles and television segments, including an interview with Neil deGrasse Tyson for PBS’ “Nova.”

Pilley died last year at 89, with Chaser by his side through the end. The Pilley family says they’ll bury Chaser next to the other Pilley dogs, sprinkled with John’s ashes.

Last spring, the  Hub City Animal Project  in the Pilleys’ hometown announced it would be building a statue to honor the brainy pooch, to be erected outside the Children’s Museum of the Upstate by 2020.

The Pilleys continue, “We love and appreciate all of you and will keep you posted on continuing Chaser’s legendary legacy. Her story is far from over and we need all of you to keep the light burning bright.”

That was amazing (video). Loved when he picked up Darwin.

I don't know if I could keep a dog like that entertained enough to keep from going crazy.

I don't think I could remember the names of a thousand stuffed animals.

Awesome.   Dogs are so cool!