Coachella woman sentenced to jail for dumping puppies in the trash

The woman who was caught on a security camera  throwing seven puppies into a trash can  in Coachella, California, pleaded guilty Wednesday to 14 counts of  animal cruelty  and animal abandonment.

A judge sentenced 54-year-old Deborah Sue Culwell to 365 days in county jail. She previously pleaded not guilty, but changed her plea in court on Wednesday.

Culwell will spend 275 days of her sentence in custody and 90 days on a work release, the Riverside County District Attorney's Office told CBS News on Thursday. She also faces seven years of formal probation after her release.

During her probation period, Culwell will be prohibited from owning any animals.

In April, Culwell was  caught on surveillance video  tossing seven newborn puppies into a dumpster in Coachella Valley. 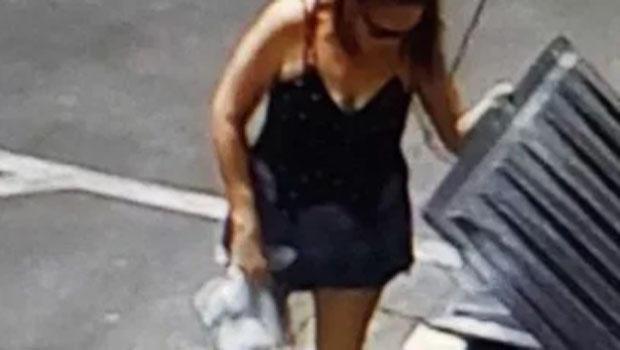 
The footage showed Culwell getting out of her car and walking over towards the dumpster, looking for a spot to leave the puppies. She then tossed the plastic bag containing the 3-day-old terrier mixes and drove off, Riverside County Animal Services said at the time.

Shortly after being abandoned, a man rummaging through the dumpster spotted the plastic bag filled with puppies. Local police responded and took the puppies to animal services.

If they had not been found as quickly as they were, the puppies wouldn't have survived much longer in the 90-degree heat, animal services said.

"There is no excuse for dumping puppies," Riverside County Animal Service Commander Chris Mayer said at the time. "Especially in today's age when we or other shelters would be willing to get these animals to  foster parents or rescue partners . This was a shameful act."

She is going to spend nine months in prison for trying to kill 7 puppies.

I dont object to the sentence, but arent there others equally guilty of cruelty to animals who dont get that kind of sentence?

She deserved what she got. No excuse for not taking them to a shelter if she was unwilling to take care of them and try to find homes for them.

In California, animal cruelty (PC§597) is a felony. She didn't technically harm the animals, but I expect that putting them in the dumpster - where they likely would have suffered and died pretty quickly in the heat - amounts to "torture" as per the statute. Also, failure to provide proper shelter from the elements falls under that statute, as well.

Abandonment (597s) is a misdemeanor.

The story says she pled to both, which is interesting because if it's her first offense, I don't think I'd be in a big hurry to plead to a felony, especially with jail time attached. Also, I know 7 counts each for the 7 puppies (14 counts total) makes a kind of mathematical sense, but this is another example of how DAs can pile on the charges for what is essentially a single act.

Not to mention 7 years of formal probation! That's a lot of probation, and "formal" (which is what you get with felonies) means at least some level of supervision. I don't know about Riverside county, but in LA, "formal" usually means you just send in a post card once a month. Other counties make you actually sit down with a probation officer and/or do occasional drug testing even though the case has nothing to do with drugs.

Animal curelty shoud be a felony in every state in the U.S.

She deserves the sentence if not a more severe sentence.

I volunteer at an animal shelter and the curelty that I see on a dailty basis of dogs and cats that we have resuced is mind boggling.

I've always thought that people who are cruel or violent towards animals would be the same way toward other people if given the opportunity. There is something wrong with people who abuse animals.

Don't ask me why but this story broke lose an old memory about having to use animal cruelty laws in an effort to get justice for abused children, back in the late 1800's.

Does it seem strange to anyone else that people made laws that protected their animals BEFORE working to protect their children?

Mary Ellen Wilson (March 1864 – October 30, 1956) or sometimes Mary Ellen McCormack was an American whose case of child abuse led to the creation of the New York Society for the Prevention of Cruelty to Children.[1]

At the age of eight, she was severely abused by her foster parents, Francis and Mary Connolly.[2]

Because no laws protected children from abuse at the time, statutes against cruelty to animals were invoked to remove her from the home.

Hers was the first recorded case of child abuse in the United States.[3] 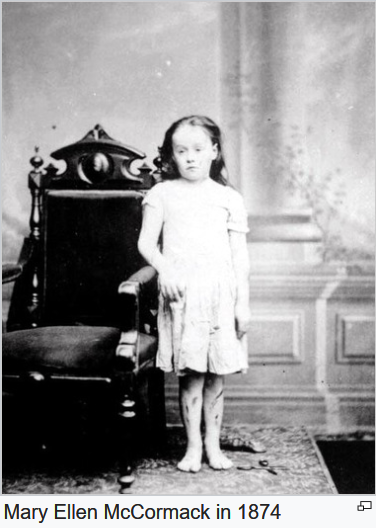 Sadly, the the agribusiness lobby outspends animal rights advocates by about a hundred to one in the big ag states. Laws intended to protect beef, pork and poultry producers ends up enabling puppy mills, dog and chicken fights and bear baiting. There is no excuse for intentional cruelty in any circumstances...

Please have all your pets spayed or neutered. Please!

Unwanted puppies are just about the saddest things!