NBA legend Bob Cousy gets Medal of Freedom, and offers an assist to President Trump

Cousy was awarded the medal for more than just his on-court exploits, which included six NBA championships with the Celtics for a man known as the “Houdini of the Hardwood,” a remarkable passer who led the league in assists for eight consecutive years. He also won plaudits off the court for refusing to stay at the team hotel in North Carolina in 1950, when black teammate Chuck Cooper was denied entry.

By making Bob Cousy just the fourth former   NBA   player to get the   Presidential Medal of Freedom , President Trump also made clear he is a big fan of the   Boston Celtics   legend.

And the Hall of Famer was quick to return the favor, calling Trump “the most extraordinary president of my lifetime.” Cousy, who was born in 1928, added that’s saying something because he’s a “BR’r” -- as in born before President Franklin D. Roosevelt.

“Mr. President, I know in your world you’re well on your way to making America great again,” Cousy said at a White House ceremony on Thursday. “In my world, it’s been great for 91 years.”

That last sentence was a nod to the fact that the vast majority of Cousy’s remarks were not political. Cousy knows his parents, who emigrated from France, could never have imagined their son would get the nation’s highest civilian honor. He was born on the Upper East Side of Manhattan, which is now swanky but was a “slum” with rats running wild and no running water in the family apartment during Cousy's childhood. 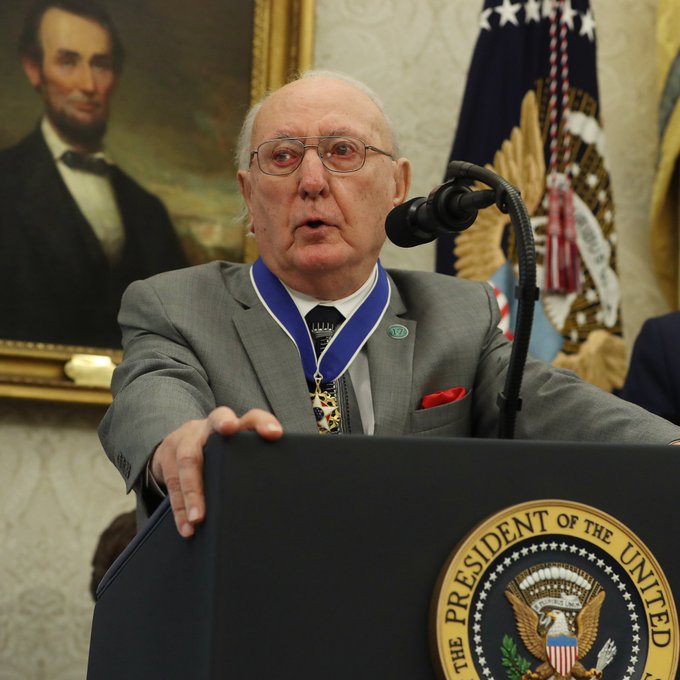 
Cousy choked back tears as he stood at the presidential podium in the Oval Office beside Trump, who put his hand on the legendary guard’s back to calm him. Cousy noted he was upset because his wife Missy, who died in 2013, was not there to celebrate even though she “put up with me for 63 years.” Cousy jokingly admonished Trump that he should not invite old men to the White House or they will get too emotional.

Cousy and I struck up a friendship in recent years, so he invited me to be part of a small group of his guests accompanying him to the White House Thursday. After leaving the Oval Office, we moved to the historic Roosevelt Room, named of course for both FDR and Teddy Roosevelt, and Cousy seemed to be drinking in the history.

“This is really the cherry on the sundae,” Cousy reflected after the ceremony. “And I want to thank family and friends for being here for a moment that means so much to me.”

Cousy then stayed with me in the Roosevelt Room for an interview that will be released on   Fox Nation   in September. The basketball legend was more blunt about his support for President Trump, saying he will vote for him in 2020, and that he believes Trump has made mistakes but has also racked up significant accomplishments.

Cousy said this is a change from 2016, when he did not vote for Trump. Cousy added he and his late wife prided themselves for years on being independent and backed libertarian candidate Gary Johnson three years ago. He noted to Fox Nation that in liberal Massachusetts, where he still lives in his longtime home of Worcester for most of the year, his vote will not impact the results, anyway.

That echoed comments Cousy made earlier this month to NBA.com, saying, “I simply feel, without getting into the politics of it at all, like many Americans — I agree with some of the things he’s done and disagree with others.”

Cousy was awarded the medal for more than just his on-court exploits, which included six NBA championships with the Celtics for a man known as the “Houdini of the Hardwood,” a remarkable passer who led the league in assists for eight consecutive years. He also won plaudits off the court for refusing to stay at the team hotel in North Carolina in 1950, when black teammate Chuck Cooper was denied entry.

"Bob was right at the forefront of combating racism within the league," Trump said at the ceremony. "Throughout his long career, Bob was a voice against prejudice, racism and bigotry."

Still, Cousy has felt guilty that he did not do more to stand up even stronger for another black teammate, Bill Russell, who was targeted in a series of racial incidents in Boston even while he was leading the Celtics to more championships. Russell, Michael Jordan, and Kareem Abdul-Jabbar are the other three veterans of the NBA who have received the medal.

Cousy was very open about his regrets late in life in a recent book by author Gary Pomerantz, “The Last Pass: Cousy, Russell, the Celtics, and What Matters in the End.”

The “last pass” refers to a letter Cousy wrote to Russell in recent years baring his feelings, which led to a phone call of peace from Russell.

Cousy explained in an interview earlier this year near his winter home in West Palm Beach, Fla., that the detente with Russell came from his own belief that every old man should work on a “to-do list before that big basketball court in the sky” comes calling.

It was a bittersweet comment referring to inevitable death because it was uttered in a joint interview Fox Nation conducted with several of his buddies in Florida who get together to swap stories every Thursday over dinner, including former Celtics teammate John Havlicek. About a month after that interview, Havlicek died at the age of 79.

Cousy is still very upset about losing his friend, telling Fox on Thursday he feels it is somehow unfair that Havlicek is gone and he is still here at 91. To make clear Havlicek is still on his mind, Cousy wore a Celtics green lapel pin with his teammate’s jersey number 17 to the White House.

In what turned out to be his last interview, Havlicek detailed the dramatic time he “stole the ball” to preserve a big Celtics playoff victory. “It’s one of the ones that sort of still lives on, even 52 years later,” Havlicek said.

For all of the acclaim Jordan justifiably gets for having six championship rings from his days with the Chicago Bulls, Cousy matched him by winning six rings in the 1950s and 1960s. And Havlicek won eight championships in the 1960s and 1970s.

Havlicek was paid just $15,000 as a rookie. He expressed no bitterness about the multi-million dollar contracts today’s players get, though he did note the private jets and spread-out game schedule is different from the days of commercial planes, trains, and multiple games a week.  “One year I think I averaged 46 minutes (per game) and thought nothing of it,” Havlicek said matter-of-factly of the 48-minute games. “But today they get their rest. And they travel very well.”

After Cousy graduated in the 1940s from Holy Cross, where he helped the basketball team win the national championship, he was drafted by an NBA team but recalled that he was giving professional ball any thought. Instead, the recently married Cousy was married about earning a living, making about $10,000 a year in a new business providing driving lessons for women.

The Celtics eventually won the rights to Cousy and the owner of the team asked what it would take to get him to play. Cousy immediately repeated back the $10,000 he was already making at driving school.

That sounds a little like the art of the deal, which Trump could respect.

President Trump noted in his remarks Thursday that Cousy never forgot a lesson from an early mentor, “Don’t ever be predictable.” 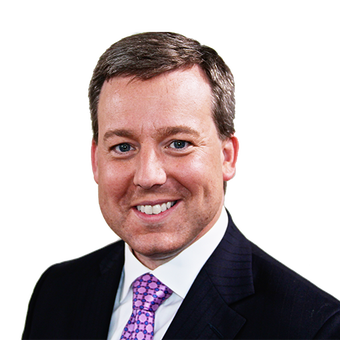 He really is a legend in Boston. A distant memory of those days when basketball was barely regarded as a major sport and the Boston Celtics won so often that it almost got boring. I can hardly believe it's him, but he is after all 91 years old.

Dear Friend Vic Eldred: I grew up a fan during the Red Auerbach Celtics dynasty years.

This really brings back great and treasured memories of youth.

Enoch, Doing a Pick and Roll.

My Dear Friend Enoch: Those were great days weren't they?  A different world.

The precision with which the Celts spread out the defense, took the high percentage shots and had the first seven players in double point figures shows that team play works.

When my son played Center for our local H.S. team, they gave him the nickname "Chief" because many of his moves were like those of Robert Parrish.

When I played Center for my H.S. team I learned much from Bill Russell.

It came in handy.

P&AB Always to You and Yours.

Enoch On A Fast Break, the Second Man Around.

My Dear long time Friend Enoch: You bet they were the best!

My HS basketball days were slightly different - I never got the concept of "dribbling"! I would have been great otherwise! LOL

P&AB to You and Yours as well!

I get a kick out of kids who argue about the "GOAT", because those discussions are almost always limited to the players they have seen.

The great Celtics teams of the 60's were before my time, but I love to tell kids about Cousy, Russell, & co.  Yes, Jordan was great.  LeBron is great.  But eleven championships???  That's a league of its own.

Titles when the league comprised 10 or less teams were a lot easier to come by then in the modern era.