A candidate running for city council in Michigan told attendees at a forum Thursday night that she wants to keep the town's demographics as "white" as possible.

The Port Huron Times Herald reported that Jean Cramer, one of five candidates running for an open seat in Marysville, vowed to work to keep the town "a white community as much as possible" if she's elected.

The remark was reportedly in response to a question from the moderator, who asked, "Do you believe the diversity of our community needs to be looked at, and if so, should we be more aggressive in attracting foreign-born citizens?"

Kathy Hayman, the town's mayor pro tem, said she was "shocked and upset" by Cramer's comment, adding that she has black family members.

"I don't even know that I can talk yet, I'm so upset and shocked. My father was a hundred percent Syrian, and they owned the Lynwood Bar. It was a grocery store at that time. So basically, what you've said is that my father and his family had no business to be in this community," Hayman said, according to the Times Herald.

"My son-in-law is a black man and I have biracial grandchildren," she reportedly added. "And I take this very personally, what you've said, and I know that there's nothing I can say that's going to change your mind."

In a statement to the Times Herald following the forum, Cramer denied being racist but said that she was against interracial marriage, calling Hayman's family "wrong."

"As long as, how can I put this? What Kathy Hayman doesn't know is that her family is in the wrong," she said. "[A] husband and wife need to be the same race. Same thing with kids. That's how it's been from the beginning of, how can I say, when God created the heaven and the earth. He created Adam and Eve at the same time. But as far as me being against blacks, no I'm not."

reported that Jean Cramer, one of five candidates running for an open seat in Marysville,

If this racist wins, I am betting that the old practice of buying the homes at inflated value of any black families to force them out makes a comeback.  The movie A Raisin In The Sun showcased that very practice.  Either that or make it so uncomfortable for those families that they will leave town.

She dropped out of the race.

Evidently not to be forgotten!

She dropped out of the race

Lol probably a good decision, thanks for the update

Not much to be said about that comment. It speaks for itself.

Don't they get it?

We are all members of the same human family.

I guess some are just a tad slow on the uptake.

Peace, Abundant and Diverse Blessings to One and All.

As always you are correct Enoch

"Do you believe the diversity of our community needs to be looked at, and if so, should we be more aggressive in attracting foreign-born citizens?"

I found this question kind of strange. Is this a normal question for a small town city council race? I find it surprising that such a concern would even be on the radar for a small town. I wonder if the moderator had some idea of Jean Cramer's views on the subject prior to the debate and asked this question specifically to expose her views on it. 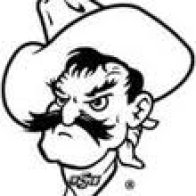