I am watching Jimmy Kimmel , right now and I guess his show is a rerun from a few weeks ago.  One of his segments tonight is Garth Brooks playing a song or two from his "dive bar" tour, which goes along with a new record.   So he is in Chicago, at a "dive bar" kicking back with the regulars and I guess "slumming" or whatever you want to call it

Here is a written promo

Garth Brooks  kicks off his seven-city Dive Bar Tour in Chicago on July 15, and it looks like the country music icon will get an assist from TV personalty Jimmy Kimmel.


Brooks, who is in the midst of his massive three-year Stadium Tour , recently announced he'll be playing companion dates at seven "dive bars," which are yet to be announced besides the mid-July date at Joe's on Weed Street in Chicago (the other tour dates are expected to be announced on July 15).

So he is at this dive bar in Chicago, named Joe's On Weed St.

When I heard Kimmel say the name I had to laugh, as I have been to Joe's On Weed St. 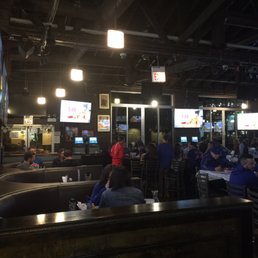 They have a food menu that takes about 2 minutes to scroll through online. and offer 25 different craft beers.

You never know what you can believe anymore.

You never know what you can believe anymore.

I still know who I can't believe

Pickled eggs are two for a buck. Good with those little red hot sausages...

How many times is Garth Brooks going to come back from "retirement"?  I think the first time he retired was in the early 2000s, after the "Chris Gaines" debacle.

He could use a lesson from Elwood on how to play a dive bar.

My kinda joint has pool tables, no blenders and serves peanuts and cheese crackers.