'He fundamentally altered the face of snow sports'

Whether you had a gold medal hanging from your neck, were just learning how to stand on a snowboard, or were one of those flustered skiers wondering where all the kids in the baggy pants were coming from, you knew the name “Burton.”


Jake Burton Carpenter, the man who changed the game on the mountain by fulfilling a grand vision of what a snowboard could be, died Wednesday night of complications stemming from a relapse of testicular cancer. He was 65.

In an email sent to the staff at Burton, CEO John Lacy called Burton “our founder, the soul of snowboarding, the one who gave us the sport we love so much.”

For years, Burton’s snowboards were largely snubbed at resorts — its dimensions too untested, its riders too unrefined, its danger all too real — and many wouldn’t allow them to share the slopes with the cultured ski elite in Colorado or California or, heaven forbid, the Swiss Alps.

But those riders were a force of nature. And for all their risk-taking, rule-breaking, sidewinding trips down the mountain, they spent money, too. Throughout the last decade, snowboarders have accounted for more than 25 percent of visitors to mountain resorts in the United States. They have bankrolled a business worth more than $1 billion annually — a big chunk of which is spent on Burton gear.

“People take it for granted now,” said Pat Bridges, a longtime writer for Snowboarding Magazine, who has followed the industry for decades. “They don’t even realize that the name ‘Burton’ isn’t a company. It’s a person. Obviously, it’s the biggest brand in snowboarding. The man himself is even bigger.”

In 1998, and with Carpenter’s tacit blessing, the Olympics got in on the act, in hopes of injecting some youth into an older-skewing program filled with ski jumpers, bobsledders, figure skaters and hockey players.

Toland pointed out that 30% of the roughly 60 million visits to ski resorts in America every year are snowboarders. "He introduced a generation into the sport that might not have been here," Toland said. "They've grown up and introduced their kids to snowboarding. We're probably into the grandkids stage at this point."

For all his financial success, folks were always more likely to run into Carpenter wearing a snowsuit than a sportscoat. He was a fan of early morning backcountry rides, and he had to stay in good shape to keep up with some of the company he rode with.

Burton sponsored pretty much every big name in the business at one time or another— from Seth Wescott to Shaun White, from Kelly Clark to Chloe Kim.

Indeed, it is virtually impossible to avoid the name “Burton” once the snow starts falling at any given mountain around the world these days. The name is plastered on the bottoms of snowboards, embroidered on jackets, stenciled into bindings and omnipresent in the shops around the villages.

Bummer I used to see him at the Burton US open events.

This is my quiver of sticks an Arbor Element, Burton Skelton Key and a Winterstick Swallowtail for backcountry deep pow. 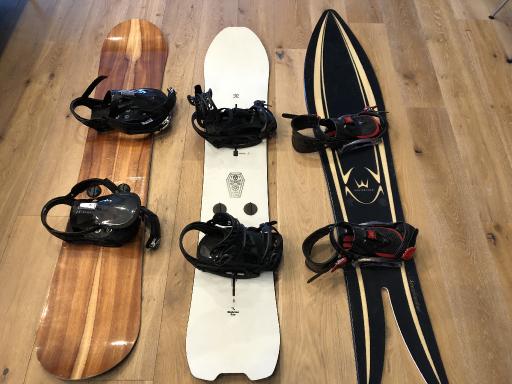 Me riding the rails at Beaver Creek. 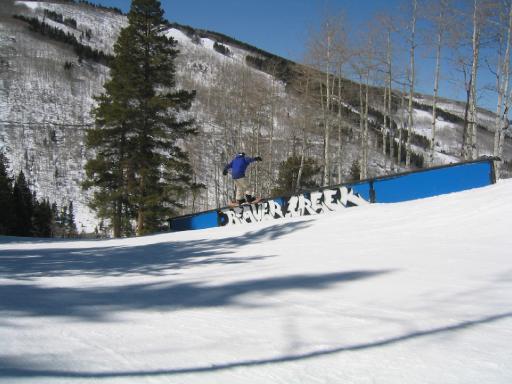 Oops I missed an E the middle board is a Burton Skeleton Key.

Great photos, Dean ... Thanks for sharing! I'll show them to my kids when they come home for Christmas. They're all avid snowboarders. On one of our vacations in the northeast, we went to the Burton Flagship store in Burlington, VT - they were in 7th heaven!

Never snowboarded but I have nephews that do and they LOVE it.

Sad day for all snowboarders.

Hi, lady in black. I used to ski until my knees gave out, but my kids got hooked on snowboarding and love it like your nephews do.

Knee pain is why I took up snowboarding. I started skiing at age 5 and started snowboarding around 30. I’m 55 now.

I watched the Winter Olympics on TV since I was a youngster but never got up the nerve to try skiing until my early 30s. After a particularly bad fall on ice, I broke my tailbone. The knee issue is a different story. So, I've come full circle and back to watching snowboarding/skiing on TV.

I tried snowboarding once and totally sucked at it just like when I tried water skiing.  Snowboarders have suffered a great loss, but the legend will live on.

I can water ski...I don't do winter stuff. My nephew would teach me if I wanted to snowboard.

As hard as I tried, I just could not remain upright on skiis.  I fell so many times, my friends gave me the nick name...The Human Waterfall.