Of all the new nations created with the potential for ethnic-religious strife, Iraq was the worst, a combustible mix of mutually antagonistic peoples—Shiite Muslims, Sunni Muslims, and Kurds—each of which considered itself separate and sovereign. 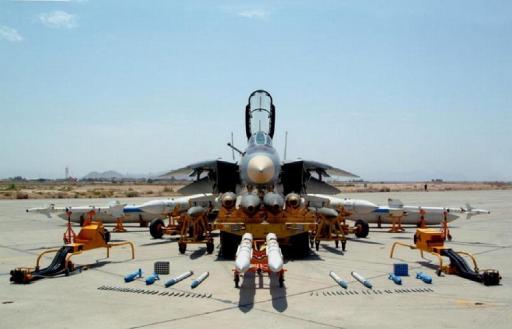 The world awoke to ominous news on September 22, 1980. Iraqi despot Saddam Hussein had launched a massive armored and air attack across the Iraq-Iran border. Believing that his Islamic fundamentalist neighbor to the east had been weakened by the ongoing revolutionary turmoil that in February 1979 had toppled the Shah, Hussein was confident that his forces would win a lightning victory and restore long-disputed territory to Iraqi control. Such a victory, not incidentally, would put Hussein at the forefront of a resurgent Middle Eastern pan-Arabism.

The British and other Western powers received a League of Nations mandate after World War I to carve up the remains of the Ottoman Empire and virtually rewrite the map of the Middle East.  The Ottomans had backed the losing side, Germany, against their traditional enemies, the Russians.

The new map ignored religious, tribal, ethnic, and historical divisions. Borders did not reflect natural frontiers such as rivers and mountains, but rather demarcations on a map drawn in a European conference room.

Of all the new nations created with the potential for ethnic-religious strife, Iraq was the worst, a combustible mix of mutually antagonistic peoples—Shiite Muslims, Sunni Muslims, and Kurds—each of which considered itself separate and sovereign.

The Iran-Iraq rivalry was profoundly altered by the Islamic Revolution that toppled the Shah in February of 1979, ending 2,500 years of monarchy. Ayatollah Ruhollah Khomeini’s sudden rise to power created a regime in Iran that was far more of a threat to Iraq than the Shah had ever been.

The revolution cut Iran off from the United States and the West. The 444-day U.S. Embassy hostage crisis began on November 4, 1979, and a brutal power struggle broke out between religious revolutionaries under Khomeini and radical Marxist movements that had initially supported the revolution.

The internal disarray made Khomeini seem far more vulnerable than he really was, and led Saddam Hussein to believe that the time was ripe to transform Iraq into the dominant power in the Gulf.

On September 17, 1980, Hussein abrogated the 1975 Algiers Accord and declared the Shatt al-Arab “totally Iraqi and totally Arab.” Heavy fighting broke out along the waterway, and Iranian President Abolhassan Bani-Sadr decreed a general mobilization.

Convinced that his antagonist had been severely weakened by the purges of its regular forces and was preoccupied with suppressing grave internal threats, Hussein launched an invasion two days later. Six Iraqi army divisions advanced into Iran on three fronts along a 435-mile-broad arc in an initially successful surprise attack.

In the north, an Iraqi mechanized division overran the border garrison at Qasr e-Shirin in Bakhtaran Province and pushed on, advancing 25 miles eastward to the base of the Zagros Mountains. Iraq’s forces spent several days reaching the villages along the main route to Tehran; many villages were destroyed and their inhabitants expelled.

On the central front, Iraqi forces captured Mehran, on the western edge of the Zagros chain in Ilam Province, an important position on the major north-south highway close to the border.

Emulating Israeli tactics used in the 1967 Arab-Israeli War, Hussein sent formations of MiG-21s in a preemptive strike against Iran’s air bases at Mehrabad, Ahwaz, Dezful, and Abadan, but failed to destroy Iran’s air force on the ground.

Within hours, Iranian F-4 Phantoms took off from the airfields, attacking strategic targets near major Iraqi cities. Although Iran’s 100 sorties were not especially effective, they shot down two aircraft and surprised the Iraqis; the Iranians also used helicopters to fly transport and attack missions. The Iraqi air force, with at least a 3-to-1 numerical advantage, virtually abandoned the skies to preserve its planes.

The above summary is just the beginning of the story. There are a lot more details. This was a long and horrendous war. (Most Americans are not even aware that there was a war between Iraq and Iran).

Saddam was definitely at fault-- he started it.

In fact, it was one of two wars that Saddam started.

(American apologists for Saddam claimed that Saddam was not a significant danger to any other country because his barbarism extended only to his own people-- that claim was false).

When the U.S. started the War with Iraq, one of the justifications used was that Saddam had WMDs-- and therefore posed a threat to not only the region but  entire world. However after extensive searches throughout Iraq by American armed forces, no WMDs were found. It became apparent that at the time of the U.S. invasion, Saddam did not have WMDs.

That being said, he did at one time have them. He used banned poison gas to attack his own citizens (the Kurds). In addition, during the War he started with Iran he used poison gas on Iranian targets-- including iranian civilians.

(Of course the Iranian regimes were not exactly angels either...)

The colonist divided up the ME set in motion everything that we are seeing today.

The war between Iran and Iraq was as bloody as one can get. Human wave attacks, poison gas used by Iraq. Nothing was off-limits.

The colonist divided up the ME set in motion everything that we are seeing today.

BTW they also did similar things in many parts of Africa. Many African and Middle Eastern countries gained independence after WWII. But the colonial powers set up the boundaries of the new countries that were to be created.

And the colonial powers did things like draw boundaries so that two existing tribes that hated each other ended up in the same country.

And/or sometimes when the boundaries of the new countries were drawn, an existing large tribe was split-- the new borders were drawn right down the middle of that tribe's territory so parts of the tribe ended up in two different, adjacent countries.

One of the worst was the creation of Iraq. They put three groups that didn't get along in the same country: Sunni Arabs, Shia Arabs, and Kurds.(Actually the Kurds only wanted to be left alone and live in peace-- they don't go on jihads (Holy wars). But the Arabs attack them.

INO Iraq should be made into three independent countries, with each having the major territory of one of those three groups-- as close as possible.

Another example: Nigeria. When the boundaries of that new country were drawn, the country ended up being part Muslim (the North) and part Christian and indigenous religions (the South). Which has lead to blood-shed off and on for a long time. (IMO it should be made into two independent countries so each group can have their own country.)

The war between Iran and Iraq was as bloody as one can get. Human wave attacks, poison gas used by Iraq. Nothing was off-limits.

No wars are pleasant, but this one was particularly barbaric.