Joe Biden has doubled down on his refusal to comply with Republicans threatening him with a subpoena to appear as a part of the Senate's Burisma Holdings investigation. And until a court demands that he testify, that's his right — just as it is President Trump's right to refuse to comply instantly with the Democrats' impeachment investigation.

This all perfectly exemplifies why the second article of impeachment charging Trump with "obstruction of Congress" is bogus.

Biden's first claim in his defense isn't true — the Obama administration refused to comply in wholly legitimate congressional investigations all the time. But the rest of his declaration is absolutely valid. Trump has refused and ordered his associates to refuse dozens of subpoenas, some fair and some petty, over the course of his presidency, and now, Biden will do exactly the same thing.
It's absolutely their right, to a point. There are limits to Congress's subpoena power on the executive and on other people as well. These limits are usually litigated in the courts.
If the Senate truly believes it's justified in subpoenaing Biden to investigate his universally renowned dealings as Vice President in combating corruption in Ukraine, it can take its complaint to court and force a judge to make the final determination. Then, and only then, will Biden's refusal constitute an "obstruction" in any meaningful sense.
Biden's defense is a good one, and it illuminates the stupidity of the "obstruction of Congress" charge in the Democrats' articles of impeachment.
Absent a refusal to comply with a court order, Biden and Trump are obstructing nothing except the feelings of their political adversaries. But blinded by their single-minded pursuit to get Trump, Democrats have redefined reality to bring up a bogus "obstruction" charge, perhaps only to mimic the articles levied against Richard Nixon and Bill Clinton. If Democrats think refusing to treat Congress's whims as law is an impeachable offense, then they're going to be in big, big trouble if Biden clinches a victory next year. 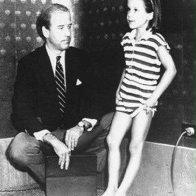 When Joe does it he is a Proglib hero, When Trump or his staff do it the Proglibs have a melt down.

The Dems forget that the Executive and Legislative are co-equal powers. In other words, the Democrat House cannot compel Trump or his staff to do anything.

The can ask in a nice way, but cannot force their corrupt impeachment investigation desires upon the Senate.

Also, I don't see why that Biden's actions, history, and his past associations, family or otherwise, cannot come under close scrutiny and investigation.

Joe has that all important D behind his name; therefore he is beyond reproach.

Still can't believe Joe was asinine enough to brag about his extortion of Ukraine. Even went so far as to implicate Obama. And the left/Dems love to claim how stupid Trump is. Seems they never pay attention to Sleepy Joe.

Sorry Greggy it's that republicans that forget what the constitution is all about.  You should read it sometime.

Hell any Democrat is 5 time smarter than the smartest republican -should there be any. 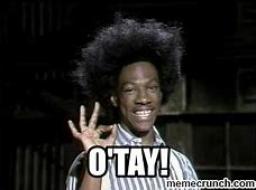 You have to laugh at how inept the Democrats are.

Is anyone on the Left bother by the double standard? Does anyone think the subpoena issue should have been resolved in court (as it was in past cases?) rather than rush to an article of impeachment for obstruction?

And if Democrats couldn't wait, why is Nancy holding on to the articles?

Does none of this bother anyone?

Definitely not the Proglibs, they know it is all just part of the Democrat dog and pony show.