community » Discussions » Category » Entertainment » Discussion » The Big Harvey Weinstein Problem With ‘Once Upon a Time... in Hollywood’


There’s a scene partway through  Once Upon a Time... in Hollywood , Quentin Tarantino’s ode to Tinseltown, virility, and  Brad Pitt’s genes , that raises red flags. Told in flashback, it sees Pitt’s stuntman on a yacht, balancing a speargun on his knee. His wife is upbraiding him, questioning his manhood and by extension, self-worth. He slowly raises the weapon, aiming it squarely at her. Whether or not you believe he killed her, as many in his industry do, the message rings loud and clear: Tarantino believes that shrewish women with the temerity to emasculate a man deserve to be punished. It echoes a sequence in  Jackie Brown , wherein  Robert De Niro’s ex-con  brutally executes Bridget Fonda’s surfer girl in a parking lot for the high crime of nagging.

But that is the least of the movie’s problems.

With its Golden Globe, National Board of Review, and AFI Awards wins,  Once Upon a Time... in Hollywood  has emerged as the frontrunner for several major Oscars, including Best Picture, Best Director (for Tarantino), and Best Supporting Actor (for Pitt). Yet somehow, the celebrated filmmaker and his age-defying star have managed to avoid any scrutiny over their troubling relationships  with Harvey Weinstein .

Weinstein, the influential movie mogul behind hits like  Pulp Fiction ,  Chicago , and  The King’s Speech , has been publicly accused of sexually harassing or assaulting nearly 100 women over four decades. He is currently  on trial in Manhattan , facing charges of predatory sexual assault and first-degree rape; if that weren’t enough, he’s been hit with  four counts of sexual assault in Los Angeles.  Though “ everyone who was close to Harvey had heard of at least one of those incidents ,” a culture of complicity allowed the superpredator’s reign of terror to continue unabated. And one of the industry people closest to Weinstein was none other than Tarantino himself.

Through Miramax and The Weinstein Company, Weinstein has, with the exception of  Once Upon a Time , distributed every Tarantino film since his 1992 debut,  Reservoir Dogs . And he’s served as a mentor of sorts to Tarantino, who’s  described  the two as having a “father-son” relationship. Meanwhile, the monetary success of Tarantino’s films allowed Weinstein’s companies, which were in a perpetual state of financial peril, to stay afloat. The worst part about it, though, was that Tarantino knew what Weinstein was up to; in fact, his own girlfriend, the actress Mira Sorvino, told him he’d tried to assault her.

“I knew enough to do more than I did,” Tarantino  told  The New York Times . “There was more to it than just the normal rumors, the normal gossip. It wasn’t secondhand. I knew he did a couple of these things.”

“I wish I had taken responsibility for what I heard,” he added. “If I had done the work I should have done then, I would have had to not work with him.”

In addition to Sorvino, Tarantino told the  Times  he knew about an incident with another actress ( believed to be Uma Thurman ), and about how Rose McGowan has reached a settlement with Weinstein over her alleged assault at the Sundance Film Festival. (Weinstein has denied all allegations.)

(Weinstein aside, Tarantino’s also been accused of  being creepy to women in the industry  and  risking Thurman’s life  during the making of  Kill Bill .)

Then there’s Brad Pitt. When his former fiancée Gwyneth Paltrow came forward to accuse Weinstein of trying to assault her, Pitt confessed to the  Times  that he knew of the attack, and had gotten in the predatory producer’s face over it.

“Brad threatened Harvey. He got right in his face, poked him in the chest, and said, ‘You will not ever do this to Gwyneth ever again,’” a source  told  People , adding that if Weinstein did try anything again, the Springfield native told the New Yorker he’d get a good “Missouri whooping.”

In addition to Paltrow, Weinstein is also said to have assaulted another of Pitt’s exes, and mother to their many children, Angelina Jolie. So  Pitt knew about Weinstein’s behavior  and yet was so keen on working with Mr. Oscar that he signed up for the Weinstein-produced Tarantino film  Inglorious Basterds  (2009), and had Weinstein bankroll his passion project, 2012’s  Killing Them Softly —replete with  a $20 million ad spend .

As one of the most powerful actors in the world, and a power-producer in his own right with production company Plan B, Pitt, like Tarantino, had the power and cachet to expose Weinstein with the snap of a finger. Instead, they let it slide, opting for cashing dirty checks and chasing awards. (Pitt and Tarantino did not respond to numerous requests for comment.) 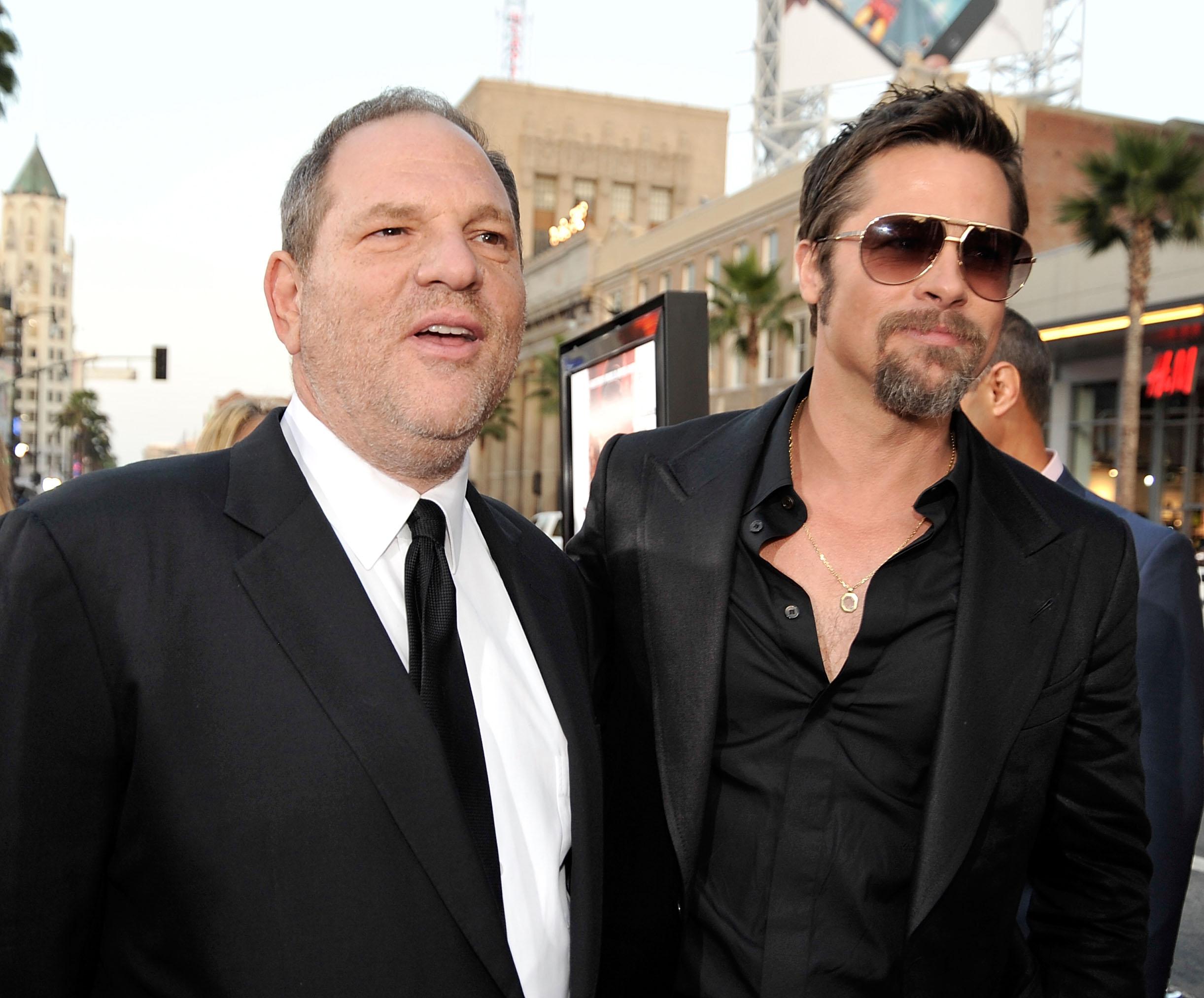 Oh, and did I mention that another of  Once Upon a Time... in Hollywood ’s stars, Emile Hirsch,  strangled a female film executive  in front of dozens of onlookers at the Sundance Film Festival?

So, no matter how you feel about  Once Upon a Time... in Hollywood ’s awards potential, it’s worth asking whether it sends the right message to honor two Hollywood power players who turned a blind eye to Weinstein’s sexual abuse, and whether it’s fair that they’ve artfully dodged any questions about it this entire awards season.

As Tarantino said of Weinstein’s predation, “We allowed it to exist because that’s the way it was.” Well, that’s not good enough. Not by a long shot.

I have seen a couple prognostications saying Once Upon A Time In Hollywood is the likely Best Picture winner.

Havent seen it but I probably will before Oscar night.

The fallout from the Harvey Weinstein case will probably keep coming for at least a few more years. Probably longer. I dont expect either Tarantino or Pitt to say anything about it though.

I haven't seen it either. Not a Pitt fan. He gets on my nerves.

He's not a great actor , in my opinion. He's always seemed to me like a less talented Robert Redford.

He's a movie star ,not necessarily a serious actor, and he plays that part fairly well.