For most of her life, Joy Milne had a superpower that she was totally oblivious to. 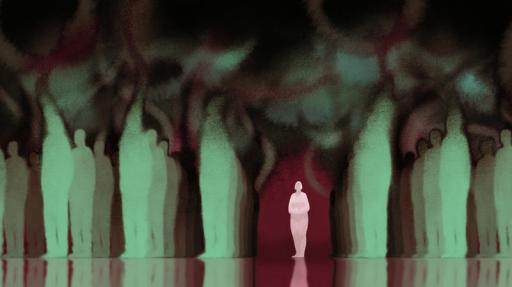 For most of her life, Joy Milne had a superpower that she was totally oblivious to. She simply had no idea she possessed an utterly amazing, slightly terrifying biological gift that scientists would itch to study. In fact, Joy probably would have stayed oblivious if it hadn't been for her husband, Les Milne.

The two met in high school.  She remembers dancing with him at a party and being struck by his wonderful smell. "He had a lovely male musk smell. He really did," she recalls.

But then one day, about 10 years into the marriage, when Les was 31, he came home, and strangely, Joy says, he smelled different. "His lovely male musk smell had got this overpowering sort of nasty yeast smell," she says.

Unfortunately, as the years peeled on, Joy began to feel that it wasn't just her husband's smell that was changing. "It was his personality, his character. He began to change. He was more moody. He wasn't as tolerant," she says.

And then one night Joy woke up to her husband attacking her. She was worried Les had a brain tumor.  She remembers sitting next to Les in a sterile office as the doctor delivered his diagnosis: Her 45-year-old husband had Parkinson's disease.

Then about seven years ago, they decided to attend a support group for people suffering from Parkinson's. "We were late. ... A lot of people were there. And I walked into the room and I thought, 'SMELL!' " she says. (Cont'd at linked story)

But then several months later, Kunath heard about research that showed dogs could smell cancer — which of course made him think back to Joy. So he tracked her down and asked her to come to his lab for a special test he devised himself.

In addition to everything else, one of the amazing things about this story is that she smelled an indicator of the disease even before any symptoms appeared!

Can she smell trump and his followers bullchit

Can she smell trump and his followers bullchit

No-- she can only smell things before the symptoms appear!

That's the ultimate goal, Kunath says: to develop a new tool to detect Parkinson's early. "We really want to know what is behind this and what are the molecules. And then can the molecules be used as some sort of diagnostic test?"