Trump has pulled even in Florida and is within striking distance in Pennsylvania, but he's way behind in Michigan.

By Mark Penn, opinion contributor The views expressed by contributors are their own and not the view of The Hill Tweet Share More

A cat may have nine lives, but does Donald Trump

Donald John TrumpFeds investigating if alleged Hunter Biden emails connected to foreign intelligence operation: reportSix takeaways from Trump and Biden's dueling town hallsBiden draws sharp contrast with Trump in low-key town hallMORE? That's really the question facing us as we enter the home stretch of the presidential race, with every poll in America showing Trump behind and our swing-state polls showing he has a sharply narrowed path to reelection.

Trump has pulled even in Florida (48/48) and is within striking distance in Pennsylvania (46/51) but he is way behind in Michigan (43/54) in the Hill/Harris polls taken earlier this week. Trump's Southern strategy seems to be coming together with the expectation of keeping the momentum moving forward in Florida and North Carolina as table stakes for having a chance at winning. Polls show him having better-than-even chances of winning Ohio and Iowa, and so the race then comes down to Arizona, Pennsylvania and Michigan. Our poll in Michigan certainly looks like it is out of Trump's reach in remaining days, with Gov. Gretchen Whitmer

Gretchen WhitmerDOJ veteran says he's quitting over Barr's 'slavish obedience' to TrumpVirginia governor on alleged kidnapping plot: Trump's rhetoric 'emboldening' white supremacistsThe Hill's Morning Report - Sponsored by Facebook - Barrett touts independence to sidestep confirmation questionsMORE (D) firmly in control of her state with a 60 percent approval rating even as the political right constantly tries to spear her. So if you are a voter in the Keystone State, you can expect your phones, texts and TV station are going to be jammed with electioneering over the next two weeks, as tens of millions of campaign dollars pour into media markets there.

To determine how this all might end, we have to take a step back and look at how we got here. Trump was headed on a path of likely reelection when the coronavirus hit our shores. At first, Trump seemed ahead of the virus, banning travel to and from China long before anyone else believed that was the right course of action. But after that, Trump failed to unite the country to defend against the virus and political divisions started to emerge; he found himself ping-ponged by the press and Democratic governors as his every move came under criticism, culminating with the "Clorox press conference." At that point he pulled back from daily virus briefings and turned the problem over to the states, and the states generally had little luck in stopping the virus. The states, however, were not blamed for the surging virus; Trump was blamed for pulling back, his ratings plummeted, and he fell behind Biden.

It was, after all, the virus that not only infected the country but brought down his presidential chances as well. In almost every state, Trump gets high marks (over 50 percent) for helping the economy and low marks (in the low 40s) for dealing with the virus. His stands on "law and order" in the face of riots and racial injustice were too far to the right for a public that wanted a balance between reforming the police and the justice systems and re-establishing stability in the country. Biden overwhelmingly is seen as the one who can bring racial reconciliation.

Joe BidenFeds investigating if alleged Hunter Biden emails connected to foreign intelligence operation: reportSix takeaways from Trump and Biden's dueling town hallsBiden draws sharp contrast with Trump in low-key town hallMORE is simply repeating the strategy that won him the primary. He won the primary because he was not Sen. Bernie Sanders

Bernie SandersHillicon Valley: Facebook, Twitter's handling of New York Post article raises election night concerns | FCC to move forward with considering order targeting tech's liability shield | YouTube expands polices to tackle QAnonDemocratic senators question Amazon over reported interference of workers' rights to organizeAmericans' dwindling belief in American exceptionalism MORE (I-Vt.), who was too far to the left to win. He is winning the general because he is not Donald Trump, who is too far to the right to win. He also is not Hillary Clinton

Hillary Diane Rodham ClintonTrump fields questions on coronavirus, conspiracy theories in combative town hallPoll: Graham leads Harrison by 6 points in SC Senate raceRomney says he'll vote to put Barrett on Supreme CourtMORE, which means he is better at cultivating the working class and senior voters than she was. All he has to do is flood the airwaves in swing states with his basic message against Trump and re-establish the famed "blue wall" across the Midwest.

Trump has spent a lot of time courting the Black vote but, in these polls, he is getting about 10 percent. He is doing better (almost 40 percent) among voters he did not spend much time courting - the Latino vote - and he is likely to do especially well with voters from Cuba, Venezuela and Central America. Working-class voters continue to support him strongly, while he faces defections from 2016 among suburban voters and seniors who care more about their safety than the economy. Trump simply spent too much time reinforcing his base and too little time reaching out for swing voters.

Nevertheless, Trump has been on his ninth life before and managed to pull things out. To do that now, he has to make the election about the economy, not the virus. The announcement of a vaccine before the election, as hinted at by the CEO of Pfizer, could be a major development for Trump; he can claim responsibility for setting up Operation Warp Speed, and this development would allow Trump to say that the virus will be over soon and that the real issue is what kind of economic recovery the country will have under Trump vs. Biden. Time spent by him on cultural, ideological and attack issues probably will have no effect on the swing voters that Trump needs to win back in the last two weeks of campaigning and in the remaining debate. Likely he will go all in on the Hunter Biden story; while many voters believe Hunter Biden should not have done what he did, they are not holding Joe Biden responsible — so it has not had any noticeable effect to date on Biden's standing.

Trump, of course, is fighting most of the media, editorial pages, Hollywood, the intelligentsia, the so-called deep state, Silicon Valley, and just about every other major force in American life. In 2016, the Trump campaign was brilliant in its brashness, its outreach to new constituencies, its set of unmined issues. This time, most of that is missing, the message has been jumbled, and even the slogan is a retread. So far, the Biden campaign has been brilliant in its restraint — carefully getting out of the way of the Trump show and keeping together its coalition across the otherwise fractured Democratic Party as its prime directive.

Trump's path is narrow but not altogether foreclosed, and we all have to stay tuned for the debate and the next set of swing-state polls.

If he does win, it will be another surprise upset that confounds the pundits, including me. If Biden succeeds, as favored by the odds, it will be because of the very real issue that the American people wanted more from their president during a pandemic costing 200,000-plus lives than Donald Trump could give them.

Trump was right on Russia, beat impeachment, remade the courts, made progress in the Middle East, and deserves credit for getting the economy going. He may have won his personal battle with the coronavirus, too — but, so far, he is losing his political one.

is a managing partner of the Stagwell Group, a global organization of digital-first marketing companies, as well as chairman of the Harris Poll and author of " Microtrends Squared ." He also is CEO of MDC Partners, an advertising and marketing firm. He served as pollster and adviser to former President Clinton from 1995 to 2000, including during Clinton's impeachment. You can follow him on Twitter @Mark_Penn .

A camel can go through the eye of a needle easier than Donald Trump can ever possibly gain his reelection...

Seeing as he already has his legion of lawyers lined up to fight the election results if he loses, it sort of tells me that he is not accepting the results unless he wins, no matter how much higher Biden wins, and even if Biden wins the Electoral College.

Trump can't stand to be a 'loser', and he is preparing his civilian militias to save him. He also knows that he will likely go to prison for all the crimes he has committed unless he can protect himself by remaining President. And he will do anything, no matter how drastic, to do that.

he is preparing his civilian militias to save him

We should update his quote to now read:

"I could tell my base to stand in the middle of Fifth Avenue and shoot Democrats, and I wouldn't lose any voters, OK? It's, like, incredible."

"I could tell my base to stand in the middle of Fifth Avenue and shoot Democrats,

I am sure he would. But, he would likely say "I will tell my civilian army to stand in the middle of Fifth Avenue and shoot Democrats and I would not lose any voters"

The only life he cares about is his own. And frankly, I wonder who will pay for all those lawyers he has on hand to fight his battle for him. You can bet it won't be HIM. So I wonder if all those lawyers will work for him for free because they like him so much.  /s

At this point, the only reason I need to vote for Biden, is Trump. 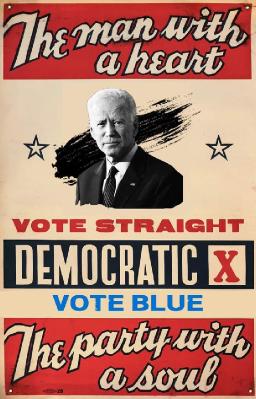 This article is written by a guy who is basically a traitor to the Democratic Party and is a closet trump supporter.

It is also an op-ed and not a news story. 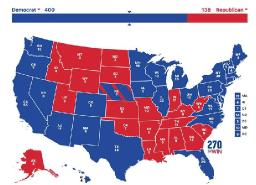