Donald Trump and Joe Biden each need 270 electoral votes to win the presidency. Follow here for the latest updates on voting and election results.

Meadows traveled with the President on Sunday and Monday. He was also at the White House election night party on Tuesday and in close contact with members of the President's family.

White House officials are now alarmed given Meadows has been around other staffers while potentially contagious, one aide says. The White House had invited people to watch the results roll in that night.

At the time, White House communications director Alyssa Farah said there would be temperature checks and precautions taken given the pandemic. Initial plans to hold an event at the Trump Hotel were scrapped because of local restrictions on indoor gatherings and fear there would be significant fines.

Joe Biden's lead in Pennsylvania continues to grow, and he now has approximately 28,833 more votes than President Trump in the Keystone State.

CNN has yet to project a winner in Pennsylvania. If Biden wins Pennsylvania's 20 electoral votes, he will reach the 270 needed to win the presidency.

CNN has also yet to project a winner in the key states of Georgia, Nevada and Arizona. Biden is currently leading Trump in these states, but votes are still being counted.

share with Facebookshare with Twittershare with emailshare link 14 min ago

Biden: "We're not waiting to get the work done"

As Joe Biden's lead over President Trump continues to grow in states yet to declare a victor, the presidential hopeful said Friday night that while he's waiting for the final election results, he is "not waiting to get the work done" on important issues facing the country.

"Yesterday, Sen. Harris and I held meetings with groups of experts on public health and the economic crisis this country is facing," Biden said. "The pandemic, as you also know, is getting more worrisome all across the country. Cases are skyrocketing. It's believed we could see as many as 200,000 cases a day, and the death toll is approaching 240,000 lives lost. 240,000 empty chairs across America."

"We both know tensions are high," Biden said. "They can be high after a tough election. One like we've had. But we need to remember, we have to remain calm. Patient. Let the process work out as we count all the votes."

share with Facebookshare with Twittershare with emailshare link 21 min ago

Biden: "We're going to win this race with a clear majority, with the nation behind us"

"We don't have a final declaration of victory yet, but the numbers tell us it's clear," Biden said from Wilmington, Delaware, tonight. "We are going to win this race. Just look at what has happened since yesterday. Twenty four hours we were behind in Georgia, now we're ahead, and we are going to win that state. Twenty four hours ago we were behind in Pennsylvania, and we are going to win Pennsylvania. And now we are ahead, but we are winning in Arizona, we're winning in Nevada, and in fact our lead just doubled in Nevada. We're on track for over 300 electoral votes, electoral college votes. And look at the national numbers. We're going to win this race with a clear majority, with the nation behind us."

Where the race for the White House stands: Biden's lead is growing in the battleground state of Pennsylvania tonight. Biden currently leads the President by 253 to 213 electoral votes, CNN projects.

share with Facebookshare with Twittershare with emailshare link 44 min ago

Biden is speaking now from Delaware

Democratic presidential candidate Joe Biden is speaking now from Wilmington, Delaware, as votes continue to be counted and a winner in the presidential race is yet to be called.

"My fellow Americans, we don't have a final declaration of victory yet, but the numbers tell us it's clear. Tell us a clear and convincing story. We are going to win this race," Biden said, as his running mate Kamala Harris stood nearby on stage.

Biden noted that he is now leading Trump in Pennsylvania.

share with Facebookshare with Twittershare with emailshare link 31 min ago

A new batch of votes from Allegheny County were counted and released tonight, widening Joe Biden's lead over President Trump.

Of the 3,212 votes released, Biden received 2,436 votes and President Trump got 733 votes, according to the county's executive Rich Fitzgerald. Biden now leads Trump by 28,833 votes.

share with Facebookshare with Twittershare with emailshare link 48 min ago

Here's where Pennsylvania's outstanding ballots are coming from

"A majority of those ballots are coming from blue counties," Brown said during CNN's special election coverage. "When you look at Philadelphia, there are around 38,000 outstanding mail-in ballots. That includes 15,000 to 28,000 provisional ballots."

Brown went on to explain that some of the provisional ballots may take a "little bit longer" to process, because "these are ballots that people filled out because they didn't get their mail-in ballot or there was a problem."

These are the remaining Pennsylvania counties with outstanding ballots:

"All of these counties have their own pace, own formula, own process for going through the ballots and posting them," Brown added.

The Allegheny County executive estimates another release of ballots, likely in the range of 10:30 p.m. to 11:30 p.m. ET.

CNN is told that will be the last release of the night and that staffers will not be counting overnight.

The ballots will be from a batch of court-challenged, misprinted ballots that previously had been set aside for review.

The county has not announced how many votes are expected to be added to the count in this release.

Kamala Harris will not speak tonight, but will appear with Biden

Joe Biden's running mate Kamala Harris is not expected to speak tonight, a Biden campaign adviser says, but she will appear with the former vice president this evening when he delivers remarks.

Cheers erupted from the group of supporters outside the Chase Center in Wilmington, Delaware, as Harris' motorcade arrived moments ago.

As well as 4 staff members. 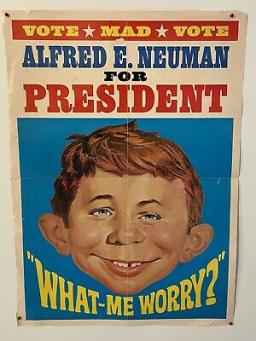 For my friends and family, listen