Steven Sund contradicts reports that help was not requested, saying security officials at the House and Senate rebuffed calls for assistance ahead of and during the attack on the Capitol.

Who told the military and national guard to, "Stand by and stand down", during the attempted coup at the Capitol on Wednesday? Sound familiar. Hmm? 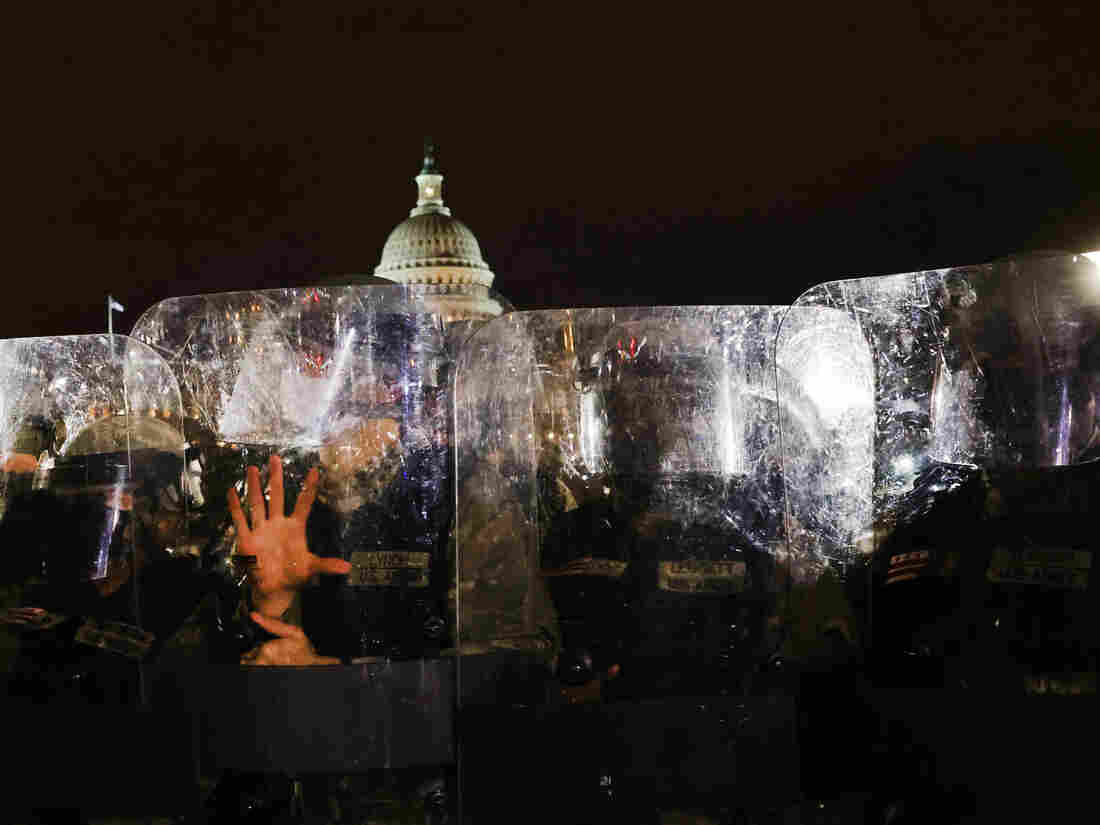 Capitol Police Chief Steven Sund resigned after thousands of supporters of President Trump stormed the U.S. Capitol building on Wednesday. Sund says his requests to superiors to get the National Guard to respond to the riot at the Capitol were rebuffed. Spencer Platt/Getty Images hide caption

Capitol Police Chief Steven Sund resigned after thousands of supporters of President Trump stormed the U.S. Capitol building on Wednesday. Sund says his requests to superiors to get the National Guard to respond to the riot at the Capitol were rebuffed.

The former chief of U.S. Capitol Police says security officials at the House and Senate rebuffed his early requests to call in the National Guard ahead of a demonstration in support of President Trump that turned into a deadly attack on Congress.

Former chief Steven Sund --who resigned his post last week after House Speaker Nancy Pelosi called for him to step down -- made the assertions in an interview with The Washington Post published Sunday.

Sund contradicts claims made by officials after Wednesday's assault on Capitol Hill. Sund's superiors said previously that the National Guard and other additional security support could have been provided, but no one at the Capitol requested it.

Sund told the Post that House Sergeant-at-Arms Paul Irving was concerned with the "optics" of declaring an emergency ahead of the protests and rejected a National Guard presence. He says Senate Sergeant-at-Arms Michael Stenger recommended that he informally request the Guard to be ready in case it was needed to maintain security.

Like Sund, Irving and Stenger have also since resigned their posts.

Sund says he requested assistance six times ahead of and during the attack on the Capitol. Each of those requests was denied or delayed, he says.

Washington, D.C., Mayor Muriel Bowser also wanted a light police presence at the Capitol. She reportedly wanted to avoid a similar scenario as last summer, when federal forces responded to demonstrators opposed to police abuses who assembled near the White House.

During Wednesday's violence, Bowser requested, and received, a limited force of 340 from the D.C. National Guard. Those troops were unarmed and their job was to help with traffic flow — not law enforcement, which was meant to be handled by D.C. police.

When the mob reached the Capitol complex at about 12:40 p.m. ET on Wednesday, it took about 15 minutes for the west side perimeter of the building to be breached, he says. The Capitol Police contingent, which numbered around 1,400 that day, was quickly overrun by the estimated 8,000 rioters.

"If we would have had the National Guard we could have held them at bay longer, until more officers from our partner agencies could arrive," he says.

Sund says during a conference call with several law enforcement officials at about 2:26 p.m., he asked the Pentagon to provide backup.

Senior Army official Lt. Gen. Walter E. Piatt, director of the Army Staff, said on the call he couldn't recommend that Army Secretary Ryan McCarthy authorize deployment, Sund and others on the call told the Post . Piatt reportedly said, "I don't like the visual of the National Guard standing a police line with the Capitol in the background," the Post reported.

It would be more than three hours before any National Guard troops arrived, well after the damage at the Capitol had been done.

In the interview, Sund also issued a warning to federal officials, saying "if they don't get their act together with physical security, it's going to happen again."

Did Trump tell the National Guard to, "Stand Down"?

Sund is referring to last weeks riot. His requests were denied by people other than Trump.

There should be an extensive investigation to find out how widespread far right and white nationalist influences are in national and local law enforcement agencies.

Racism has existed in one form or another since the country began. It has been addressed under  many administrations and progress made.

Why do you think the issues you listed were not addressed by prior administrations?

It's been a concern for many years now

White Supremacist Links to Law Enforcement Are an Urgent Concern