An executive at Dominion Voting Systems moved to dismiss Newsmax as a defendant in a defamation lawsuit Friday after reaching a settlement with the right-wing media organization.

It's the first such settlement from a news organization in a defamation lawsuit filed over 2020 election conspiracy theories.

The lawsuit, filed by Dominion's head of product strategy and security Eric Coomer, is among several filed over false claims that election technology companies like Dominion rigged the election against former president Donald Trump and in favor of now-President Joe Biden.

Coomer sued Newsmax in December in state court in Colorado over false claims that he took part in an "Antifa conference call" to rig the 2020 presidential election against Donald Trump. He revised his lawsuit in February to bolster his claims against Newsmax, as Insider previously reported.

On Friday, Newsmax issued a retraction and apology on its website saying it found "no evidence" that earlier claims about Coomer and the 2020 election were true.

Coomer went into hiding after receiving death threats over the conspiracies

Coomer first became the subject of conspiracy theories after Joe Oltmann, a right-wing political operative, claimed without evidence that he was a member of "Antifa" - a loosely linked group of left-wing activists who oppose fascist movements - and worked to rig the 2020 election. Numerous lawsuits, recounts, and investigations have turned up no widespread evidence of irregularities in the 2020 election.

Newsmax had steadfastly claimed it did nothing wrong as recently as February, when a spokesperson told Insider that Coomer's lawsuit was politically motivated. The media organization is owned and run by Christopher Ruddy, a close friend of Trump's.

In a statement, Cain and Skarnulis PLLC, the law firm representing Coomer, said he continues to receive death threats.

"Six months after the election, Dr. Coomer continues to receive death threats and harassment from those who believe the false conspiracy theories," the statement reads.

All of the other people and organizations Coomer has sued - including Oltmann, Trump's campaign, Sidney Powell, Rudy Giuliani, One America News Network, and others - remain defendants in the lawsuit.

"With respect to the remaining defendants, Dr. Coomer is seeking damages to his reputation and livelihood and, once certified by the court, punitive damages," the statement from Coomer's law firm reads.

Coomer's lawsuit is distinct from the legal efforts of Dominion itself, which is represented by the defamation firm Clare Locke LLP. Dominion has sued Fox News, Powell, Giuliani, and MyPillow mogul Mike Lindell. Smartmatic, another election technology caught up in election conspiracy theories, has filed its own defamation lawsuits against right-wing media figures over the falsehoods.

Newsmax is now established as a fake news group!

the NYTimes has settled defamation lawsuits.

does that establish it as fake news, too?

not one "but" in my post, and what you consider irrelevant doesn't matter.

Not at all considering the output of the NYT compared to other newspapers.

In print since 1851 and currently printing on average 1150 stories a week, one would expect some mistakes and some flawsuits.

Sandman is still trying to get the NYT to settle.

As far as a 20 year old website that caters to partisan BS, NewsMax has a lower rating on MBFC than the National Enquirer.

But Kudos to Newsmax for making a smart business decision and settling this crap and moving on.

But the poster isn't the topic.

who said he was?

so much easier to attack than the actual topic. this is the part that really hurts...

On Friday, Newsmax issued a retraction and apology on its website saying it found "no evidence" that earlier claims about Coomer and the 2020 election were true. "There are several facts that our viewers should be aware of. Newsmax has found no evidence that Dr. Coomer interfered with Dominion voting machines or voting software in any way, nor that Dr. Coomer ever claimed to have done so," the statement reads. "Nor has Newsmax found any evidence that Dr. Coomer ever participated in any conversation with members of 'Antifa,' nor that he was directly involved with any partisan political organization."

ouch. meh, most of their subscribers, listeners, and viewers will probably forget about this embarrassment before the next one happens. fucking morons. 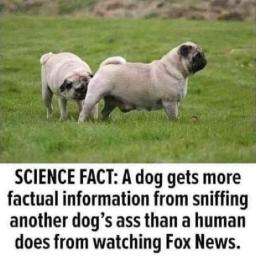 Good to see that he prevailed hopefully there will be more ''settlements'' in the near future.

I hope it was enough to smart a bit.

... it depends on what figure they started negotiations. nice to see the raygun adjustments to journalism finally come full circle. obviously, the best way to fight the alt-media now is to sue them into bankruptcy.