Warrant for Giuliani’s computers, phones seeks communications with over a dozen

U.S. investigators are seeking to review Rudy Giuliani's phones and computers for communications with more than a dozen people, including a high-ranking prosecutor in Ukraine, according to a warrant executed at his apartment this week.

They also are searching for communications with any U.S. government official or employee relating to Marie Yovanovitch, the U.S. ambassador to Ukraine who was ousted by the Trump administration in 2019, the warrant says.

Agents seized more than 10 cell phones and computers from Giuliani's Manhattan apartment and office in raids on Wednesday, according to his lawyer, Bob Costello, who read the search warrant to a Reuters reporter.

According to the warrant, investigators are looking for evidence that Giuliani acted as an unregistered foreign agent, a violation of lobbying laws.

Giuliani said in a statement following the raids that his "conduct as a lawyer and a citizen was absolutely legal and ethical." A spokesman for the Manhattan U.S. Attorney's office declined to comment.

The list of the people identified in the warrant includes:

Seems to be enough people of interest for one of them to spew. I'm putting my money on the Glib guy.

Seems to be enough people of interest for one of them to spew. I'm putting my money on the Glib guy.

Can't remember which, but I believe that either Lev or Igor has already spewed, back during the 1st impeachment.

This is going to get very interesting. 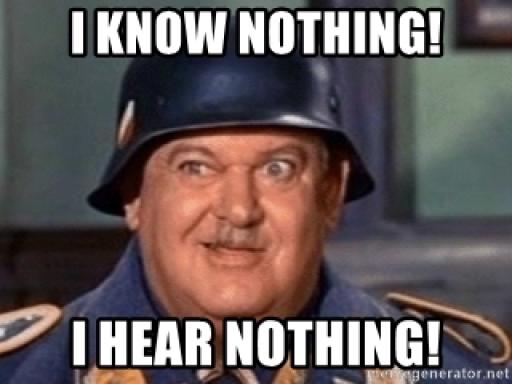 The details are forthcoming, but I can say this right now.   Anyone who would assist Trump in his two-month post election con-job is capable of making outrageous lies publicly to the entire planet.   Giuliani has dropped considerably in my eyes.   I view him now as a liar for hire.

Ex-President Trump Monday claimed the real “BIG LIE” is the results of the 2020 presidential election, not his own false claims that he actually beat President Biden.

“The Fraudulent Presidential Election of 2020 will be, from this day forth, known as THE BIG LIE!” Trump said in an email message to supporters.

Trump is trying to flip the script on Democrats and #NeverTrump conservatives, who have branded his efforts to discredit the election results as a “big lie” designed to undermine popular trust in American elections.

Elections experts and voting officials from both parties say the 2020 election was the most free, fair and secure in U.S. history, with a record-shattering turnout.

Trump claims ‘THE BIG LIE!’ is 2020 election — not his false claims it was stolen (msn.com)

And of course, Trump is the epicenter for all of these lies.   Giuliani, et. al. are seeing consequences.   Is Trump?

You gotta work you're way to the top.  They're getting there, just a matter of time.

Rudy is like that little white speck on chicken shit which is cs also.