The Chicago City Council is expected to vote Wednesday on whether to rename Lake Shore Drive after Jean Baptiste Point DuSable. CHICAGO (WLS) -- The Chicago City Council is expected to vote Wednesday on whether to rename Lake Shore Drive after Jean Baptiste Point DuSable.

One of the items on the City Council's agenda Wednesday is to rename Outer Lake Shore Drive in honor of Chicago's first settler.

The proposal was first introduced to the City Council in 2019. It was later revised to limit the name change to the outer drive, which would impact the city's harbors but not change the addresses of businesses and residences along Lake Shore Drive.
Last month, a City Council committee approved the proposal, which now goes before the full council.

The proposal would rename a portion of Lake Shore Drive Jean Baptiste Point du Sable Drive." The Haitian-born DuSable is believed to be the first non-native settler in what would eventually become Chicago in the 1700s.

The change would cover the 17-mile stretch of Lake Shore Drive from Hollywood to 67th Street and has a $2.5 million price tag.
It's a roadway with a storied history, dating back to the 1800s and even has songs written about it.

"It's time for a change," said Rodney. "Chicago needs a change anyway."

"It's an iconic route and you can't go changing the name," said Chris Crawford. "It's got songs written about it. It's a landmark I got over the Ida B. Wells, the Congress to Ida B. Wells, that made sense to me ,but this is a descriptive name of a valuable part of Chicago that we just can't change."

Mayor Lori Lightfoot has come out against the name change, saying it could hurt tourism and marketing. Mayor Lightfoot has proposed renaming the Riverwalk for DuSable and finishing DuSable Park.

A group supporting the new name, the Black Heroes Matter Coalition says it's time to take this historic step.

Lake Shore Drive in Chicago is one of the iconic roadways in America.

I am not opposed in total to changing the name, but it must go through a lot of discussion among the people here. 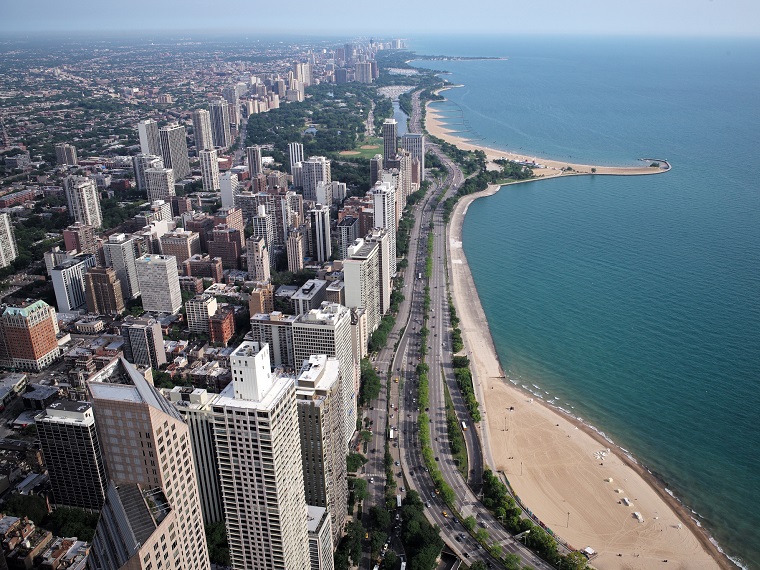 By the way for those who may be wondering

Jean Baptiste Point DuSable was a black man who is generally considered the founder of the original settlement that became Chicago.

Years ago, a number of big cities changed the names of large, heavily used, sometimes iconic streets to some variation of Martin Luther King Boulevard. We heard all the same arguments against it then that I see being used here. I’m not saying some of those concerns aren’t real. Address changes for business are a pain in the ass, to be sure, but I am confident they can navigate the difficulty.

That’s not to say changing the street name is necessary here. If a bunch of other stuff, like a park, is already named for the guy, maybe that’s enough? It just depends on how much people want to honor the memory.