The real life inspiration for The Dirty Dozen-- meet: The Dirty Thirteen. Read this story and more on FieldEthos.com.

They were the original Dirty Dozen (+1)

On Memorial Day in honor of the ''Greatest Generation'' of which the ''Filthy 13'' was an intricate part.

They were the real-life inspiration for the movie The Dirty Dozen.

Their true moniker was the 1st Demolition Section of the Regimental Headquarters Company of the 506th Parachute Infantry Regiment, 101st Airborne Division, of the United States Army.

They called themselves the Filthy Thirteen.

The group was "founded" in World War II by Jake McNiece, the son of an Irish Catholic father and Native American mother. Jake took the latter heritage to heart by having the men in his regiment shave their hair into mohawks and don war paint before jumping behind enemy lines. He also charged the men in his group initiation fees, was drunk a great deal of his waking hours, got in lots of fights, and spent a good portion of his days in the stockade for poor behavior. One thing Jake - or his men - didn't do, however, was bathe.

Thus, their name, The Filthy Thirteen.

There was a good reason for this as the men didn't shower and instead used their rationed water to cook game they poached while stationed in Great Britain.

Another reason they were called the Filthy Thirteen was because they were blatant to anything and everything that didn't help the accomplish their mission.

Their mission, and what they were trained and assigned to do, was to serve as demolition saboteurs to destroy targets behind enemy lines.

Their most famous mission occurred when the group was airdropped with the 3rd Battalion, 506th Parachute Infantry Regiment by aircraft of the 440th Troop Carrier Group of the United States Army Air Forces during the Normandy Invasion of Europe in June 1944. Their assignment was to secure or destroy the bridges over the Douve River. Half of the Filthy were killed, wounded, or captured on the jump or soon thereafter.

Jake and the other survivors accomplished their mission.

Jake went on to make combat jumps in the Netherlands as part of Operation Market Garden, into Bastogne, Belgium, during the Battle of the Bulge, and as an observer during Operation Varsity. He moved to Ponca City, Oklahoma after the war in 1949 where he worked for the US Postal Service for 28 years. In 1997, historian and fellow Ponca City citizen, Richard E. Killblane, recorded Jake's oral history of his escapades during WW II then published the accounts as The Filthy Thirteen in 2003. The success of the book thrust Jake into the celebrity stratosphere, and he spent his remaining years touring the US and Europe telling of his time in the Filthy Thirteen.

Gen . William C. Lee  said  that though the division  had no history , it  had  “a  rendezvous with destiny ,”

Yes, they did, from Normandy on D Day to holding the line in the bloodiest battle in the European theater of war, ''The Battle of the Bulge'' and their stand at ''Bastogne'' Where they did indeed have their rendezvous with destiny.

The Battered Bastards of Bastogne are part of American history. 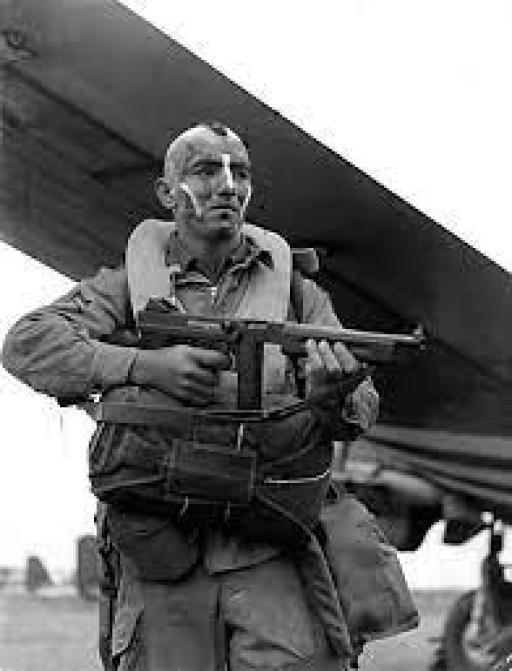 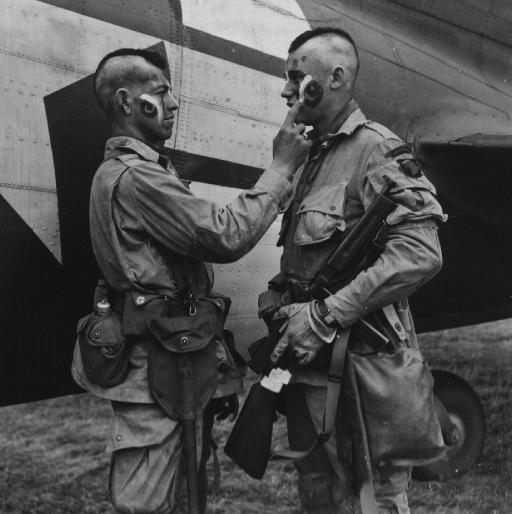 This article is dedicated to

today we honor those that selflessly gave their lives in service to our country.

We all owe them a debt that can never be repaid.

For my Dad in North Africa, Sicily and Italy during WWII, the dirty/filthy were the Gurkhas ... ' Ayo Gorkhali!’

A salute to your Dad, Hallux.

A salute to all of your ancestors, Kavika.