"We pushed the authority as far as we could," the official told reporters, "and said anybody doing business with the U.S. government will have to share incidents, so that we can use that information to protect Americans more broadly."

Four weeks ago a major east coast fuel supplier known as the Colonial Pipeline was hacked and shut down. The company eventually paid a ransom of $4.4 million to the hackers to get back on line. This week one of the world's largest meat suppliers, JBS was hacked and much of it's operation had to be shut down. The hackers in both cases have links to gangs in Russia. Joe Biden has made a distinction between the Russian government and the hackers.

So the big question is: What will Biden do about it?

Thus far he has issued another of his endless Executive Orders that will supposedly enable private corporations to share information with the federal government about hacks.

Will that solve it?

Another option is talking to or getting tough with Putin, who really has jurisdiction over the hackers.

Can anyone picture that? 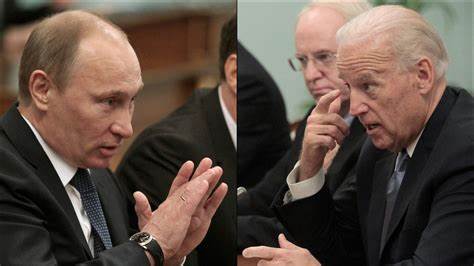 This is not a new problem. The last two administrations faced it on a smaller scale, but now the Russian hackers seem to have become more brazen.


A pipeline gets shut down, then a huge meat processing company, right here in the United States. What comes next?

So we got rid of the tough guy who did the tweeting for the likes of this?

So we got rid of the tough guy

That's your euphemism. You actually wanted the radical left in charge. You got it all now - violence, crime, indoctrination, cyber hacks and open borders.

America was safe under Donald Trump and the swine that replaced him deserve a special place in hell.

We're as safe now as we were under Trump, without the headache of seeing the world's biggest asshole getting in our face every day.

We are not safe. We can't even get cops to serve anymore.

Everyone of your fucking democrats couldn't make a pimple on Trump's ass. You want to have it out I'll do it. It will get very personal very fast.

Whoa Vic, calm down ... you do not want stress to take you down the same road it took me. This just a yada-yada site and none of us is going to change anyone's opinions.

Might I suggest some Joseph Conrad, if you've already read all of him go for a second tour ... I'm on my third tour starting off with Almayer's Folly.

Does he go good with a tall Rum & Coke?

No Coke in Conrad's days, have the Rum straight up, honest like his style.

“So the big question is: What will Biden do about it?”

Supposedly he will bring it up at a summit in 2-3 weeks, if he remembers. He doesn’t have the balls to stand up for this country, neither does hoho harris. I’m sure the US will take it in the ass with these two idiots at the helm.