Paxton Smith veered off her approved graduation text to denounce a new Texas bill that bans abortions as early as six weeks. 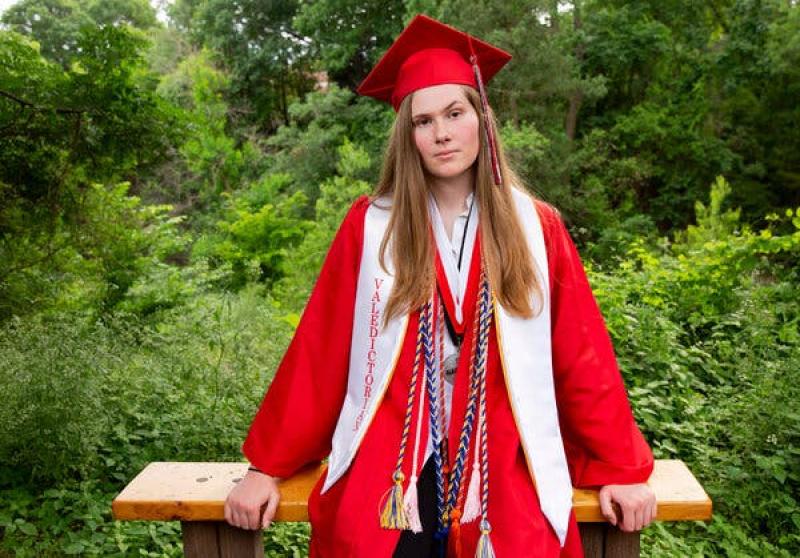 Paxton Smith, 18, spoke out against Texas’ new abortion law and the impact she said it would have on women, calling it a “decision that will affect the rest of their lives” that had been “made by a stranger.”Credit...Juan Figueroa/The Dallas Morning News, via Associated Press

American student Paxton Smith scrapped a graduation speech approved by her school administrators and delivered instead an abortion rights call in a message that has since gone viral on social media. Smith, the 2021 valedictorian at Lake Highlands High School in the US state of Texas, submitted to school officials a speech on the effect of the media on young minds. But when she spoke during the graduation ceremony on Sunday, she instead addressed what she called “a war on the rights” of her body and those of other girls and women by the “heartbeat bill”, signed into law by Texas Governor Greg Abbott late last month.

The new law bans, without exemption, any abortion after a first heartbeat can be detected. That could come as early as six weeks after conception when many women may be unaware that they are pregnant.

The law would also allow anyone to sue a Texas abortion provider or anyone who helped someone get an abortion for as much as $10,000.

“I have dreams and hopes and ambition, every girl graduating today does,” Smith said. “We have spent our entire lives working towards our future, and without our input and without our consent, our control over that future has been stripped away from us.”

Smith, who plans to study the music business at the University of Texas at Austin, said on Wednesday that she had already submitted her original speech to school officials and was trying to finish an end-of-year project in the school’s music room when she decided to scrap that speech.

“I couldn’t keep my mind on the project. My mind kept wandering to the ‘heartbeat bill’ and what it meant. So, I started making some notes,” she told The Associated Press news agency.

Smith said she expected to have her microphone cut off or to have her diploma withheld – neither happened. She also said she was stunned by the response to her message.

“I thought it would die right there,” she said. But she saw tears in her audience midway through the speech.

This should be every woman residing in Texas.

As one of our famous commenters stated earlier, this does not seem like a speech written by a high schooler.

As one of our famous commenters stated earlier, this does not seem like a speech written by a high schooler.

some people really hate it when non-trumpsters go off script.

I would be shocked if a 17 or 18 year old girl actually wrote the seeded article.

Thanks, but I bet it is ignored.

some people really hate it when non-trumpsters go off script