'Worse shape than I imagined': Trump critics stunned by his 'lethargic' slurring North Carolina speech (Raw Story link): Donald Trump gave a speech in North Carolina on Saturday that lasted for 85 minutes — and gave some critics reason to question his health. The former president threw red meat to his base during the speech at the state GOP convention and repeated his "Big Lie" about election fraud.
He also attempted to defend himself after having difficulty walking down a ramp, which had raised questions about Trump's health in 2020. Trump argued the ramp was a "boobytrap." The question of Trump's heath was again raised for how he delivered his speech.
Trump Tried To Get DOJ To Nullify The Election Because He Thought Italy Used Satellites To Tamper With Voting Machines (PoliticusUSAlink): Emails released as part of a Senate investigation revealed that Trump tried to get the DOJ to nullify the election based on outlandish and at times bizarre conspiracy theories. The New York Times reported it this way:
"In Donald J. Trump's final weeks in office, Mark Meadows, his chief of staff, repeatedly pushed the Justice Department to investigate unfounded conspiracy theories about the 2020 presidential election, according to newly uncovered emails provided to Congress, portions of which were reviewed by The New York Times.
In five emails sent during the last week of December and early January, Mr. Meadows asked Jeffrey A. Rosen, then the acting attorney general, to examine debunked claims of election fraud in New Mexico and an array of baseless conspiracies that held that Mr. Trump had been the actual victor. That included a fantastical theory that people in Italy had used military technology and satellites to remotely tamper with voting machines in the United States and switch votes for Mr. Trump to votes for Joseph R. Biden Jr." The only reason that the nation did not devolve into total chaos after the election is that the DOJ refused to help Trump attack the 2020 election. Trump tried to get the DOJ involved by replacing top officials with those who he thought would go along with his plan, but it failed. Donald Trump tried to find any pretense that he could to nullify the election. The Republican Party will use its power to destroy democracy. The nation came close to slipping into dictatorship.
It isn't just the former president who needs to be criminally charged. Republicans at the highest levels who are doing their bidding also need to be charged. The threat to democracy has only intensified with President Biden in office, which is why 2020 was just the first battle in an ideological war to protect the nation.
sierramadretattler.blogspot.com

When one's tailor is Omar the tent maker it doesn't matter if they are put on backwards, frontwards, sideways or one rotund leg at a time. One size fits every which way if loose. 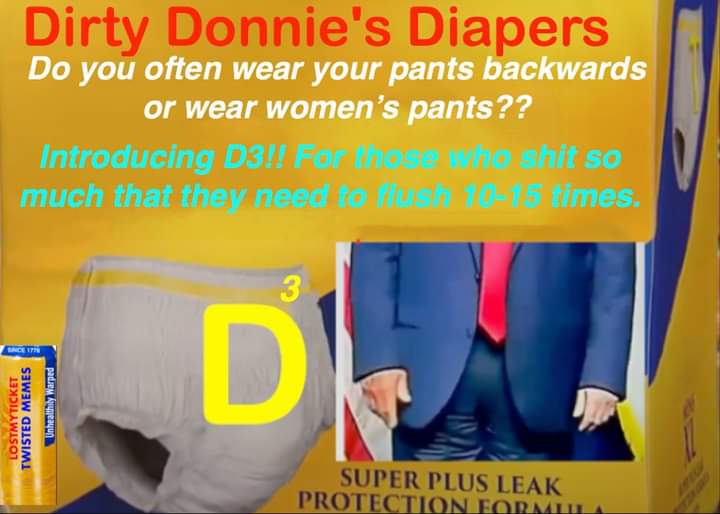