Why Is It OK to Be Mean to the Ugly?

community » Discussions » Category » News & Politics » Discussion » Why Is It OK to Be Mean to the Ugly?

Lookism starts, like every form of bigotry, with prejudice and stereotypes. 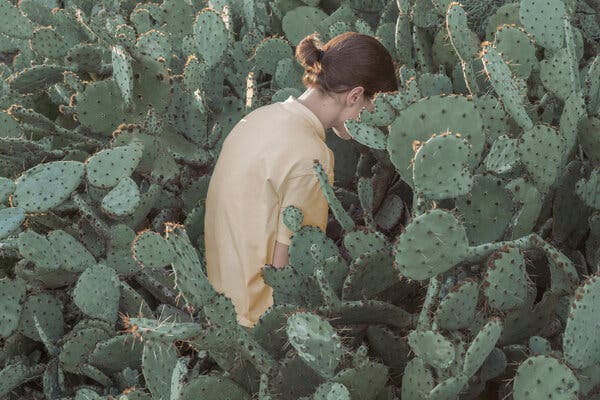 This is puzzling. We live in a society that abhors discrimination on the basis of many traits. And yet one of the major forms of discrimination is lookism, prejudice against the unattractive. And this gets almost no attention and sparks little outrage. Why?

Lookism starts, like every form of bigotry, with prejudice and stereotypes.

Studies show that most people consider an "attractive" face to have clean, symmetrical features. We find it easier to recognize and categorize these prototypical faces than we do irregular and "unattractive" ones. So we find it easier — from a brain processing perspective — to look at attractive people.

Attractive people thus start off with a slight physical advantage. But then people project all sorts of widely unrelated stereotypes onto them. In survey after survey, beautiful people are described as trustworthy, competent, friendly, likable and intelligent, while ugly people get the opposite labels. This is a version of the halo effect.

The discriminatory effects of lookism are pervasive. Attractive economists are more likely to study at high-ranked graduate programs and their papers are cited more often than papers from their less attractive peers. One study found that when unattractive criminals committed a moderate misdemeanor, their fines were about four times as large as those of attractive criminals.

Daniel Hamermesh, a leading scholar in this field, observed that an American worker who is among the bottom one-seventh in looks earns about 10 to 15 percent less a year than one in the top third. An unattractive person misses out on nearly a quarter-million dollars in earnings over a lifetime.

In a study published in the current issue of the American Journal of Sociology, Ellis P. Monk Jr., Michael H. Esposito and Hedwig Lee report that the earnings gap between people perceived as attractive and unattractive rivals or exceeds the earnings gap between white and Black adults. They find the attractiveness curve is especially punishing for Black women. Those who meet the socially dominant criteria for beauty see an earnings boost; those who don't earn on average just 63 cents to the dollar of those who do.

Why are we so blase about this kind of discrimination? Maybe people think lookism is baked into human nature and there's not much they can do about it. Maybe it's because there's no National Association of Ugly People lobbying for change. The economist Tyler Cowen notices that it's often the educated coastal class that most strictly enforces norms about thinness and dress. Maybe we don't like policing the bigotry we're most guilty of?

My general answer is that it's very hard to buck the core values of your culture, even when you know it's the right thing to do.

Over the past few decades, social media, the meritocracy and celebrity culture have fused to form a modern culture that is almost pagan in its values. That is, it places tremendous emphasis on competitive display, personal achievement and the idea that physical beauty is an external sign of moral beauty and overall worth.

Pagan culture holds up a certain ideal hero — those who are genetically endowed in the realms of athleticism, intelligence and beauty. This culture looks at obesity as a moral weakness and a sign that you're in a lower social class.

Our pagan culture places great emphasis on the sports arena, the university and the social media screen, where beauty, strength and I.Q. can be most impressively displayed.

This ethos underlies many athletic shoe and gym ads, which hold up heroes in whom physical endowments and moral goodness are one. It's the paganism of the C.E.O. who likes to be flanked by a team of hot staffers. ("I must be a winner because I'm surrounded by the beautiful.") It's the fashion magazine in which articles about social justice are interspersed with photo spreads of the impossibly beautiful. ("We believe in social equality, as long as you're gorgeous.") It's the lookist one-upmanship of TikTok.

A society that celebrates beauty this obsessively is going to be a social context in which the less beautiful will be slighted. The only solution is to shift the norms and practices. One positive example comes, oddly, from Victoria's Secret, which replaced its "Angels" with seven women of more diverse body types. When Victoria's Secret is on the cutting edge of the fight against lookism, the rest of us have some catching up to do.

Ugly, like beauty, is in the eye of the beholder, which may be why it hasnt caught on as a handicap.

I think it must be a component of human nature - perhaps animal nature, in general - that we instantly develop a positive or negative feeling about someone based on a glance. Appearance is the ultimate “first impression.”

But if we want to be fair and decent to each other, we need to recognize that this tendency exists and then be intentional about overcoming it.

The thing of it is, at some point in our lives, anyone can be the victim of lookism, specifically in the form of ageism. Even if you are young, fit, and beautiful right this minute, you will - at some point - become older and less attractive. At that point, someone more young, fit and beautiful than yourself will receive preferential treatment over you. Or it will happen to someone you love. We all have good reason to be compassionate and thoughtful about this issue if for no other reason.