'We're probably fortunate that we've been able to get our right to cross the border recognized during this difficult time' Author: Joaqlin Estus

The U.S,-Canada border runs through the backyard of Matthew Rourke's parents' home on the Saint Lawrence River. The only sign of the division is a singular, concrete pillar. (Photo by Molly Gibbs)

Canada and the United States closed their border to non-essential travel in March 2020 and have renewed the restrictions monthly ever since, most recently on July 5.

We'll look at the varying border-crossing requirements for the Akwesasne people of the St. Regis Mohawk Tribe Reservation in New York, the Red Lake Band of Chippewa in Minnesota, the Sinixt people of the Confederated Tribes of the Colville Reservation in Washington state, and people who wish to drive through Canada to Alaska.

COVID-related per capita deaths in the United States are 2.5 times the rate in Canada, and Canadian requirements are more restrictive than on the U.S. side. U.S. travelers to Canada had to:

Travelers crossing Canada to go to or from Alaska had to prove they live, work, or attend school in Alaska. However, they were not required to quarantine in a hotel.

Now Canada is lifting some of its requirements.

On May 21, Canada announced Alaska and Northwest Angle, Minnesota, residents are exempt from the pre- and post-arrival testing. That applies to Alaska residents driving through Yukon to get to another part of Alaska or to return to their residence, and Northwest Angle residents traveling by car through Canada to the mainland United States.

Canada on June 21 announced the quarantine and day 8 testing will not be required of fully vaccinated U.S. citizens.

Another big change is at hand. Thursday Prime Minister Justin Trudeau said he expects non-essential travel to Canada will be allowed in mid-August for fully vaccinated U.S. citizens.

The Akwesasne people of the St. Regis Mohawk reservation are not required to show 72-hour test results, nor to quarantine for 14 days.

Their homelands are part of what is now the state of New York and the Canadian provinces of Ontario and Quebec.

Last year, some 75 to 80 percent of the 1.4 million border crossings at entry points on Mohawk Territory were made by Akwesasne residents. That's according to Mohawk Director of Communications Brendan White. He said Akwesasne tribal citizens cross the border for daily activities such as going to and from work and home, taking kids to school, and going shopping.

He said thanks to a positive working relationship with border agencies, "our people have throughout the pandemic been able to travel throughout our territory, which includes the need to travel and report at either ports of entry."

All along the U.S.-Canadian border tribes have been impacted by border closures. Here are the locations of just a few of them. (Screenshot of Google Earth image).

"We're probably fortunate that we've been able to get our right to cross the border recognized during this difficult time," White said.

"Going north into Canada, the vast majority (of Akwesasne) utilize their certificate of Indian status, which is their status card to prove that they have a right to enter into Canada," White said. "And then coming back, they can use their tribal enrollment number or their nation card."

While he describes border crossings as quick and easy, "this didn't happen overnight," White said. "Obviously, this took years of building a positive working relationship with our local ports of entry, so much so that both of them have Aboriginal liaison officers to help with communicating information and helping to implement policies that take into consideration the need for our community members to freely travel throughout our territory," he said.

Yet, news reports describe periodic Akwesasne protests and even violence and deaths — over the right to duty-free purchases in 1969, for instance, and the arming of Canadian border agents in 2009.

Joshua Keating is author of "Invisible Countries: Journeys to the End of Nationhood," which was excerpted in Politico magazine. He wrote he expected his Akwesasne visit to be low-stress on a trip that included stops in Iraq and Somalia.

"But by far the most contentious border-crossing experience, and the only one in which I felt like I was being viewed with genuine suspicion, was between the United States and Canada," Keating wrote.

Like the St. Regis Mohawk, the Red Lake Band of Chippewa must cross the U.S.-Canada border to get to some parts of their territory.

Holly Cook Macarro, of the Red Lake Nation, recently made the crossing.

"My tribe, the Red Lake Nation, has lands in what is known as the Northwest Angle, which you can either cross by, I think it's approximately 50 miles of open water through Lake of the Woods, or generally requires passage through Canada to enter. So I was up there visiting. My father has a land assignment there and a small place that we go up and visit to hunt and fish. Also, the blueberries are out and swamp tea's (also known as Labrador tea) out as well. So we went up together."

She said as the pandemic has begun to ease people in border towns - on both sides - have been frustrated that the border has remained closed.

However, she said, Red Lake citizens can pass through the border into Canada.

"In order for anyone to pass, you have to have a tribal ID and you have to be going for subsistence purposes. And some of those - like fishing, hunting, gathering, wild rice, gathering medicines- those are non-discretionary purposes to enter Canada. And so with a tribal ID, and having a passport or other form of identification is also helpful, you are able to cross the border.

The Sinixt, or Arrow Lakes Band of the Confederated Tribes of the Colville Reservation, recently won a hunting lawsuit, which recognized them as Aboriginal peoples of Canada. The tribe is eager to work out details to exercise their rights in Canada but has had to hold off on discussions about formal designation as a First Nation and other topics (more on this in the near future).

Denali National Park and Preserve is a popular destination for visitors. It's a 5 or 6 hour drive from the border entry point near Tok, which is a 36-hour drive from Seattle. (Photo by Joaqlin Estus, 2014).

From Seattle, it's almost 2,000 miles northwest across Canada to Tok, Alaska, which is 90 miles by road from the border. Canada wants travelers to make that an efficient, even speedy 36-hour drive. Travelers must:

Travelers passing through Canada also are encouraged to use only those services that are open to travelers along the direct route on which they are traveling.

The penalties for noncompliance are as much as $3,000 per day. Last year, a Kentucky man was caught violating restrictions. He was warned to stay in his hotel in Banff, Alberta, until he departed to leave Canada. Instead, he went sightseeing. He was arrested and fined more than half a million dollars; the fine was later stayed.

Thinking of taking a trip?

A U.S. passport once gave Americans easy entry to other countries. Early in the pandemic, though, most countries closed their borders or instituted restrictions.

Now State Department "do not travel," and "reconsider travel" advisories for more than 100 countries are in effect. Fewer than a dozen countries (one of them Mexico) are fully open - as in pre-pandemic days - to U.S. travelers, although some are beginning to loosen restrictions.

If you are planning international travel, check requirements for entering other countries and for re-entering the United States.

Yes, I belong to one of the tribes, the Red Lake Ojibwe Nation that can cross into Canada during the pandemic. 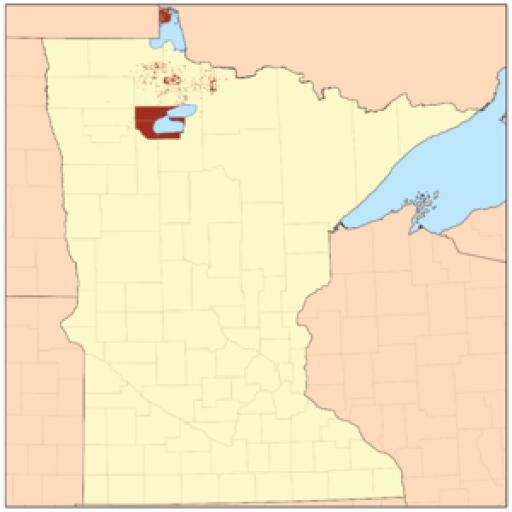 And, another friggin' treaty not being followed.

Jay Treaty - 1794 - "Article III states, "It is agreed, that it shall at all times be free to His Majesty's subjects, and to the citizens of the United States, and also to the Indians dwelling on either side of the said boundary line, freely to pass and repass, by land or inland navigation into the respective territories and countries of the two parties on the continent of America, (the country within the limits of the Hudson's Bay Company only excepted) ... and freely carry on trade and commerce with each other." Article III of the Jay Treaty declared the right of Indians, American citizens, and Canadian subjects to trade and travel between the United States and Canada, which was then a territory of Great Britain."

The situation with the tribes mentioned is that they are on both sides of the border and the Red Lake Ojibwe part of their reservation requires a road trip through Canada or 45 miles over the open water of Lake of Woods via boat or over ice in the winter.