Former president Donald Trump on Monday sought to block the release of documents related to the Jan. 6 insurrection at the U.S. Capitol to the congressional committee investigating the attack, challenging President Joe Biden's initial decision to waive executive privilege.

In a federal lawsuit, Trump said the committee request was "almost limitless in scope," and sought records with no reasonable connection to that day. He alleged the committee is seeking potentially millions of presidential records that he asserts are covered by a broad range of privileges, including those that cover presidential communications and conversations between lawyers and a client.

The committee's request was a "vexatious, illegal fishing expedition," unprecedented in scope and "untethered from any legitimate legislative purpose," the lawsuit said.

Trump's lawsuit was expected, as he had said he would challenge the investigation and at least one ally has defied a subpoena. But the legal challenge went beyond the initial 125 pages of records that Biden recently cleared for release to the committee.

The suit, which names the committee as well as the National Archives, seeks to invalidate the entirety of the congressional request, calling it overly broad, unduly burdensome and a challenge to separation of powers. It requests a court injunction to bar the archivist from producing the documents.

The Biden administration, in clearing the documents for release, said the violent siege of the Capitol was such an extraordinary circumstance that it merited waiving the privilege that usually protects White House communications.

Biden has said he would not block the release to the committee, because the Jan. 6 attack at the U.S. Capitol building in Washington, D.C., was such an unprecedented event that executive privilege should not factor in.

Lawmakers are seeking the documents as part of its investigation into how a mob of Trump supporters stormed the Capitol building on Jan. 6 in an effort to halt the certification of Biden's win.

The committee demanded a broad range of executive branch papers related to intelligence gathered before the attack, security preparations during and before the siege, the pro-Trump rallies held that day and Trump's false claims that he won the election, among other matters.

Trump's lawsuit says the "boundless requests included over fifty individual requests for documents and information, and mentioned more than thirty individuals, including those working inside and outside government."

The suit says the request could include "conversations with (or about) foreign leaders, attorney work product, the most sensitive of national security secrets, along with any and all privileged communications among a pool of potentially hundreds of people."

The suit also challenges the legality of the Presidential Records Act, arguing that allowing an incumbent president to waive executive privilege of a predecessor just months after they left office is inherently unconstitutional. Biden has said he would go  through each request separately to determine whether that privilege should be waived.

While not spelled out in the Constitution, executive privilege has developed to protect a president's ability to obtain candid counsel from his advisers without fear of immediate public disclosure and to protect his confidential communications relating to official responsibilities.

But that privilege has its limitations in extraordinary situations. Two examples are the Watergate scandal, when the Supreme Court ruled it could not be used to shield the release of secret Oval Office tapes sought in a criminal inquiry, and following the Sept. 11 terrorist attacks.

The lawsuit was filed by Jesse Binnall, an attorney based in Alexandria, Va., who represented Trump in an unsuccessful lawsuit late last year seeking to overturn Biden's victory in Nevada. Trump and his allies have continued to make baseless claims about voter fraud in the 2020 election.

Trump's suit quotes from the U.S. Supreme Court's 2020 ruling in a case by House committees seeking the then-sitting president's tax returns and other financial records. But that case involved courts enforcing a congressional subpoena. The high court in that case directed lower courts t o apply a balancing test to determine whether to turn over the records — it's still pending.

Neither the White House nor the select committee had an immediate comment.


The lawsuit came the day before the Jan. 6 committee was scheduled to vote on whether to recommend criminal contempt charges against former White House adviser Steve Bannon after he defied a subpoena.

The lawsuit was filed by Jesse Binnall of Chutzpah, Chutzpah & Chutzpah.

We already know Trump was sitting in the Oval Office dining area , watching the tv coverage, gobbling Cheetos and guzzling diet Pepsi for hours as the riot at the Capitol unfolded.

Fear? All those sadistic socialists will twist him like a putrid pretzel while his sycophants imagine Stations of the Cross. 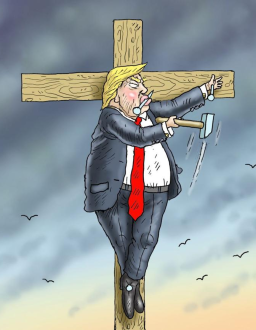 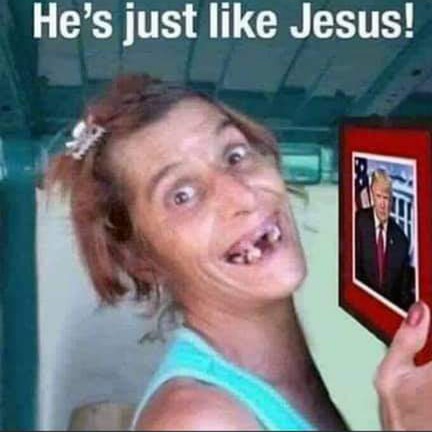 I am waiting for him to claim the firth under deposition so his own words can be thrown back in his face.

“You see the mob takes the Fifth,” he said. “If you’re innocent, why are you taking the Fifth Amendment?”  DJT

It could be viewed as a confession of guilt.

Good point.  Admission may have been a better word to use.

Professor Principal
4  JBB    one month ago

Is anybody surprised Trump is obstructing justice? 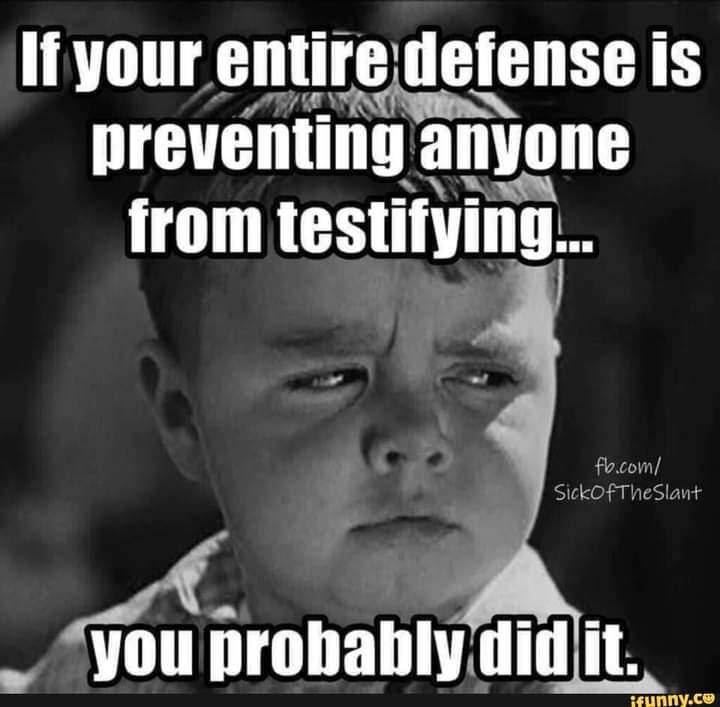