"As long as I live," Huff wrote in his autobiography, "I will never forgive Allie Sherman for trading me."

Not everyone may remember Huff or the legendary team he played for. Long before there was a NE Patriots, the New York Giants broadcasts were piped into New England. During the 1950's that was our team. Sam Huff was the son of a coal miner, who went from a blue collar working family to football stardom as a member of the New York Giants. Huff became a revolutionary defensive player as the middle linebacker and key component of defensive coordinator Tom Landry's new 4-3 defense. That's right Tom Landry was then a defensive coordinator for the Giants. Also coaching for the Giants was the great Vince Lombardi. Such was life for the New York Giants in the 1950's.

Huff played in six championship games in total for the Giants, including "The Greatest Game Ever Played" against the Baltimore Colts in 1958. He was traded from the Giants in 1962 and spent 5 years with the Washington Redskins.

The press release from the Giants: 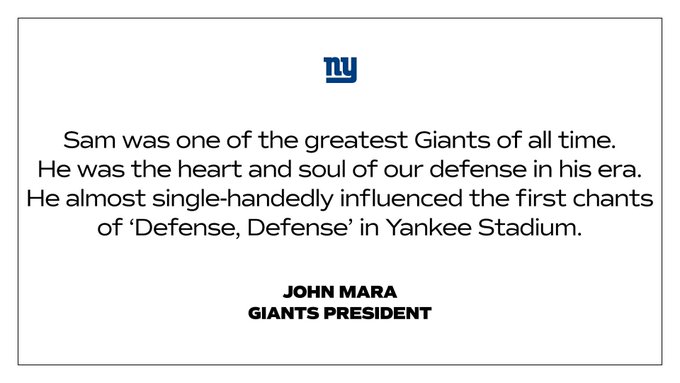 He will always be remembered to those old enough to have seen him play.

I feel even older than I am today.

A role model is gone.

I think he retired with the Redskins and then came back for one year with Lombardi.

When linebackers weighed in at 230 lbs and it was all muscle & strength!

Lol .... look at how big shoulder pads used to be.

I remember those things.

They look tiny now because the players are so much bigger, but not tougher!

Partially, but they are much more streamline today, better fitting, better designed with better materials.

No doubt many of the players are bigger  but not all of them are.

Check out these pads: 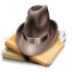 What would Chris Schenkel say?

Chris Schenkel was the announcer for the Giants games. He was the greatest homer of all time. It was always the Giants vs the enemy!

Lol ... i remember him as a bowling announcer back in the day when there wasn't a million channels and bowling was the only sport being shown.

He did many things, but I'm sure his first love was the Giants. I think it was he who gave Frank Gifford the name "Big Blue." I'm not sure if it was because the Giants color was blue or it was because Gifford's eyes were blue.

Kind of like how the Air Force got it's theme.

He would sometimes call Y A Tittle "the bald eagle!"

Now, of course, if Huff were alive and playing today he would have been molded, physically, into the same thing we see in players today. The strength and speed and agility. Coupled with his inherent desire and fire and intelligence he would be one of the greats in the present day game. .

Nothing against Sam Huff, but he probably couldnt even make an NFL roster today. Modern athletes train more, have better nutrition, weight training , workout regimens, and career long instruction. Today's linebackers are faster bigger and stronger than 60 years ago.

I'm sure he would do all of the same things and be just as good as he was. I think the game has become way too specialized and btw I don't think it healthy for linemen to be weighing in over 300lbs. I think there should be a new weight limit.


Today's linebackers are faster bigger and stronger than 60 years ago.

Clearly bigger. They aren't stronger, nor are they tougher. With all they have now and all the specialization they don't measure up to a Sam Huff.