The Russian Foreign Ministry's publication of a list of banned Americans is a largely symbolic move in response to U.S. support for Ukraine and historic sanctions on Russia.

By Timothy BellaUpdated May 22, 2022 at 11:37 a.m. EDT|Published May 21, 2022 at 11:25 a.m. EDT Russian President Vladimir Putin chairs a meeting of his Security Council on May 20. (Mikhail Metzel/Sputnik/Pool/AP) Placeholder while article actions load

Russia permanently banned nearly 1,000 Americans, including President Biden and Vice President Harris, from entering the country in response to the United States' support of Ukraine and the historic sanctions facing Moscow nearly three months into its invasion.

Are you on Telegram? Subscribe to our channel for the latest updates on Russia's war in Ukraine.ArrowRight

"In the context of response to the constantly imposed anti-Russian sanctions by the United States and in connection with incoming requests about the personal composition of our national 'stop list,' the Russian Foreign Ministry publishes a list of American citizens who are permanently banned from entering the Russian Federation," the Foreign Ministry said in a news release.

Some of those mentioned in Saturday's list, including Biden, Secretary of State Antony Blinken and Defense Secretary Lloyd Austin, were sanctioned in March and barred from entering Russia.

The list appears to include major officials from the Biden administration, such as Harris, Transportation Secretary Pete Buttigieg and former White House press secretary Jen Psaki. The president's son, Hunter Biden, is also named, as is former secretary of state Hillary Clinton.

The White House did not immediately respond to a request for comment early Saturday.

One prominent name missing from the list: former president Donald Trump. In fact, the only prominent Trump administration official included in the ban is former secretary of state Mike Pompeo.

Senate Minority Leader Mitch McConnell (R-Ky.) is not on the list. Also not listed is Sen. Rand Paul (R-Ky.), who delayed a Senate vote on aid for Ukraine last week when he was the only senator to object. The Senate passed the measure this week, and Biden signed the $40 billion package of new military and humanitarian assistance to Ukraine into law on Saturday while visiting Seoul.

The new aid package signals that the United States and its allies are preparing for a longer conflict in the country. The package includes $20 billion in additional military aid that will finance the transfer of advanced weapons systems.Ukrainian President Volodymyr Zelensky thanked Biden, adding that the defense assistance is "needed more than ever."

The list of banned Americans was released at a time when Russia is continuing intense shelling of Severodonetsk, the easternmost city under Ukraine's control, which looks set to be the war's next major battlefield. Fighting is underway on the city's outskirts, and "the Russians are destroying Severodonetsk, like Mariupol," Luhansk governor Serhiy Haidai said early Saturday. He said six civilians were killed on Friday during Russian bombardments in and around the city.

After the United States and other countries imposed historic sanctions on Russia because of the invasion, Americans remain stalwart in their support for Ukraine, with a large bipartisan majority favoring increased sanctions against Russia and most also backingmilitary and humanitarian support for Ukrainians, according to a Washington Post-ABC News poll earlier this month. In all, 73 percent say the United States is doing either the right amount or too little to support Ukraine.

Big majority of Americans back sanctions on Russia, aid to Ukraine, poll finds

Russia announced its own sanctions against the United States in March, barring Biden and other administration officials from the country. Some on the list had already been sanctioned by Russia.

Russia also named former senators John McCain (R-Ariz.). Harry M. Reid (D-Nev.) and Orrin G. Hatch (R-Utah) as among the current or ex-lawmakers barred from entering the country, even though they are all dead. McCain died in 2018 at 81. Reid died in December at age 82, while Hatch died last month at 88.

The collection of those banned from Russia includes people from all walks of life, according to a review of the list by The Washington Post. Eighty-six people named on Russia's "black list" were identified only as "U.S. citizens." Those barred include rabbis, an LBGTQ activist, a judge in Iowa, executives at defense contractors and a history professor at Yale University.

Russia focused on the U.S. tech industry in naming Facebook CEO Mark Zuckerberg and Microsoft President Brad Smith to the list. American journalists barred by Russia include The Post's David Ignatius, George Stephanopoulos of ABC News, Susan Glasser of the New Yorker, Bret Stephens of the New York Times and Bianna Golodryga of CNN. No journalists or hosts from Fox News were banned by Russia on Saturday, according to the list.

One of the surprise entries on the list was Freeman, 84, an Academy Award-winning actor. The Russian Foreign Ministry noted in his entry that Freeman made the "stop list" because in 2017 he "recorded a video message accusing Russia of conspiring against the United States and calling for a fight against our country." Freeman spoke out against Russia in a video from a group that sought to raise awareness about Russian interference in the 2016 U.S. presidential election.

"We have been attacked," Freeman said at the time. "We are at war."

Russia claimed Saturday that the list was published in response to "the hostile actions taken by Washington" during the invasion of Ukraine.

"Russia does not seek confrontation and is open to honest, mutually respectful dialogue, separating the American people, who are always respected by us, from the U.S. authorities, who incite Russophobia, and those who serve them," the Foreign Ministry wrote. "It is these people who are included in the Russian 'black list.' "

Several Americans who made Russia's "black list" responded on social media. Michael Carpenter, the U.S. ambassador to the Organization for Security and Cooperation in Europe, cheekily said that making the list was "an honor." Norman Barbosa, a former federal prosecutor who now works at Microsoft, noted how he was "in good company" with nearly 1,000 Americans.

Rep. Lori Trahan (D-Mass.) emphasized that Russia including her on the list of banned Americans would not change her mind on the invasion.

"If Vladimir Putin thinks permanently banning me from Russia is going to change my support for Ukraine, I've got bad news for him. It's not," she wrote. "The United States stands with Ukraine."

If Vladimir Putin thinks permanently banning me from Russia is going to change my support for Ukraine, I've got bad news for him. It's not. The United States stands with Ukraine. https://t.co/zAWx7NEacy
— Congresswoman Lori Trahan (@RepLoriTrahan) May 21, 2022

War in Ukraine: What you need to know

The latest: President Biden signed a $40 billion package of new military and humanitarian assistance to Ukraine on Saturday while visiting South Korea, amid signs that the United States and its allies are preparing for a drawn-out conflict. On Sunday, a delegation of U.S. diplomats is set to travel to The Hague for talks with allies "regarding our responses to atrocities committed in Ukraine" and in other conflicts, and on efforts to "bring the perpetrators of atrocities to justice," the State Department said in a news release.

The fight: A slowly regenerating Russian army is making incremental gains in eastern Ukraine against valiant but underequipped Ukrainian forces. The United States and its allies are racing to deliver the enormous quantities of weaponry the Ukrainians urgently need if they are to hold the Russians at bay.

The weapons: Ukraine is making use of weapons such as Javelin antitank missiles and Switchblade "kamikaze" drones, provided by the United States and other allies. Russia has used an array of weapons against Ukraine, some of which have drawn the attention and concern of analysts.

Of course Putin did not ban his "Collusion Buddy"...

Of course Putin did not ban his "Collusion Buddy"...

It amazes me you have such intimate knowledge of Russian things and hookers.

It amazes me that you are so quick to jump into ANY comment thread because of the mere mention of Russia.

Junior Participates
2  shona1    one month ago

Evening..hell being banned by Russia is a god send..and to be worn as a badge of honour...

I am sure I and many others would make the list to supplying $$$ to the Ukraine army...

Top Of The Mornin! It is going to be a beautiful day in The Big City. There are so many Russians and Eastern European types in NY they have caused real estate prices to boom in The Bronx. Not that there is anything wrong with that. The ones here got out...

Poor Vlad, nobody likes him. No wonder he is mean. 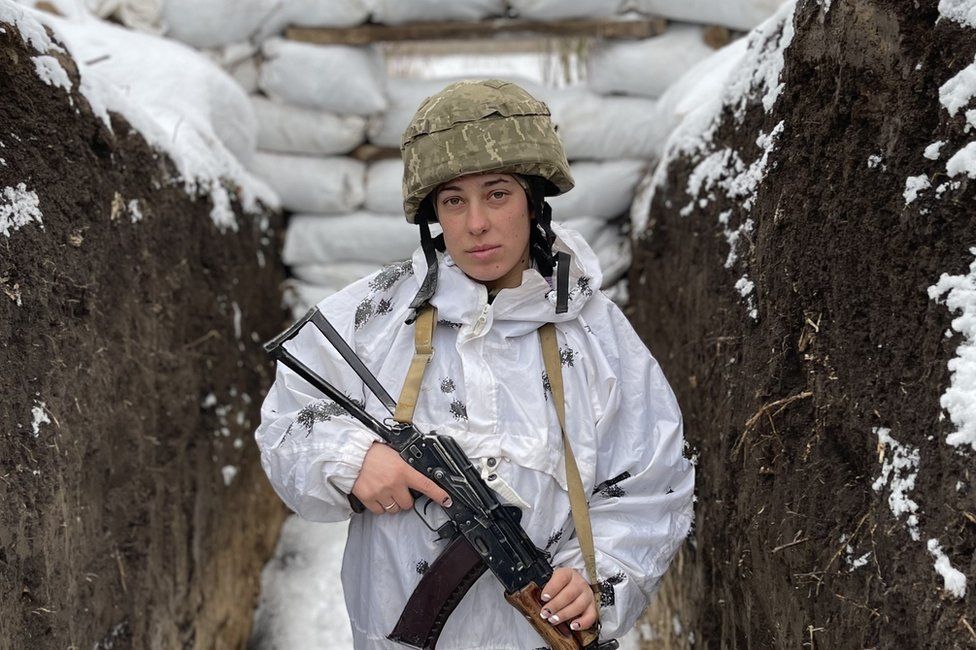 Evening jbb.... gidday to NY City..hope you have a ripper of a day..

Re Putin...nothing a bullet wouldn't fix... 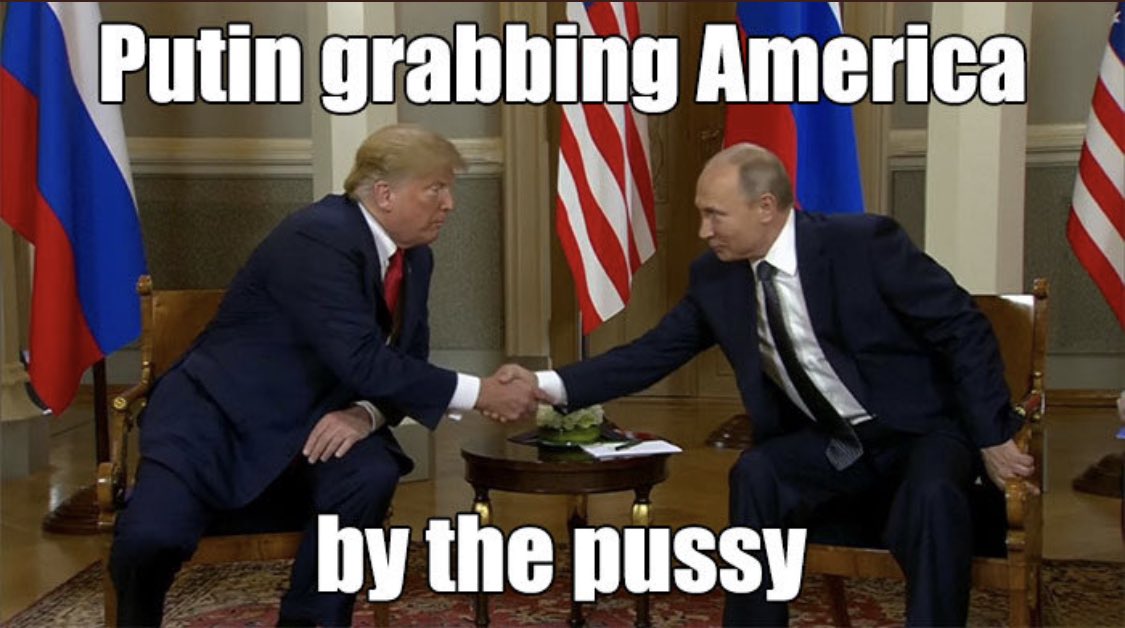 Vladimeer, the pie eyed piper with parsed lips from blowing,    his misplaced flute after the "pussy" lost, got Putin also banned from Band Camp, where he was a Star, with Trump, his ;head; groupie, constantly wore knee pads on the  Gray tour bus where he hounded Putin with a wagging tongue, asz they both liked them young./..