Wall Street Journal: 'It’d be nice to think Mr. Schumer is merely uninformed, but he’s too smart not to know all this' 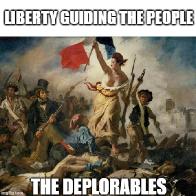 Chuck Schumer should be more concerned about the 'threat to democracy' in his home state of New York rather than worrying about Georgia.  New York's voting laws are more restrictive than those of Georgia, it appears.

If Schumer wants to be the Senator representing Georgia then he should move to Atlanta.

In a Friday editorial, the board argued his citing of Georgia's election laws as a tool of voter suppression "didn't survive cursory inspection," and were part of him "desperately" trying to avoid a primary challenge by "Squad" member Rep. Alexandria Ocasio-Cortez, D-N.Y., for his Senate seat.

"Sen. Chuck Schumer is the latest politician to cite Georgia's election laws as a tool of voter suppression," the board wrote, referencing a claim Schumer made on MSNBC last week that what motivated those who stormed the Capitol was also motivating state legislatures across the country "to do dastardly things."

"But these claims don't survive cursory inspection," the board added.

Democrats have cited various voting laws enacted by a number of Republican-led state legislatures, including Georgia's, as amounting to voter suppression; however, Republicans maintain they ensure election integrity.

The board noted Schumer's claims that changes to Georgia's voting rules were "aimed at Democratic constituencies," as well as "people of color, young people, urban people," and that there was "only one early voting place in an entire county, that you have to travel 23 miles."

"This is an apparent reference to Lincoln County, Ga., which is considering a plan to consolidate seven polling sites into a central hub," the board wrote, adding that Lincoln County, in contrast to Schumer's claims, was a rural area where President Trump actually won with 68% of the vote in the 2020 presidential election.

The board also noted that the county's elections director, Lilvender Bolton, was Black.

"The amazing thing about this is that the story is that I'm just after the Black people, and I'm not going to let them vote," Bolton told the board. "That's what they're actually going out telling the people, and you know, it's crazy."

Bolton told the board that consolidation had been on the table for a while because of the small number of voters in the county, as well as COVID-19 protocols. She added that, despite there now being only one polling site, voters would still have options, such as advanced voting, absentee balloting and transportation to and from the polling place.

The board wrote that some states conduct their elections entirely by mail and that Nebraska and North Dakota, both Republican-controlled states, allowed specific counties to choose an all-mail option if it worked best for their rural geographies.

"Is there a crisis of democracy on the frozen prairie?" it added.

The board noted that anyone in Georgia was eligible to get a mail ballot without having to answer questions as to why; New York, by contrast, required voters requesting an absentee ballot to attest the reason why they were requesting it, giving them only certain options and stating it was a felony to make a false statement.

"Mr. Schumer wants to impose no-excuses absentee voting on the whole country … but he can't even convince his constituents in blue New York," the board wrote, citing past failed measures on New York ballots seeking to loosen absentee requirements.

The board added that Georgia's early voting period was longer than New York's and included mandatory Saturdays and optional Sundays.

"It'd be nice to think Mr. Schumer is merely uninformed, but he's too smart not to know all this. He's desperately trying to dodge a primary from Rep. Alexandria Ocasio-Cortez and … he simply doesn't care," the board wrote.

It's all theatre. The entrenched dems pander to the far left cranks who now control the party by showing they "fight" and talk in apocalyptic terms because they know the party voters who determine their fate are too ignorant to understand reality.

It's their recipe for success.   First demonize the Republicans as Nazis, white supremacists, traitors etc., Then pick an issue, any issue, and pretend the fate of the country depends on  it.  Don't let anyone get farther to the left on that issue. And then blame Republicans and Democratic "traitors" when nirvana isn't achieved.  But in going through the charade of fighting to save the country from "Nazis", hope to have gained enough credibility with the wingnuts to survive a primary with a wingnut.

The whole voting rights campaign is bullshit. It’s a non-solution in search of a problem. Democrats want 1) to be able to impose their will on states (they have a tendency to hate federalism) and 2) to be able to campaign next year on the claim that they passed “landmark civil rights legislation.”

Honestly, how many times can you pass landmark civil rights legislation? Do you never reach the point where people pretty much already have the civil rights they need?