Many Labour lawmakers have been unhappy with the party's direction under leader Jeremy Corbyn, a veteran socialist who took charge in 2015 with strong grass-roots backing 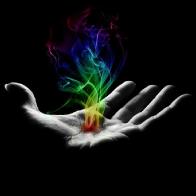 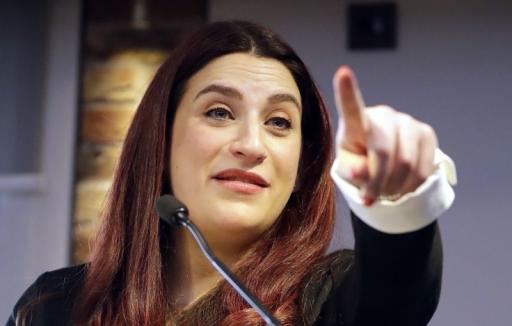 Luciana Berger speaks during a press conference to announce the new political party, The Independent Group, in London, Monday, Feb. 18, 2019. Seven British Members of Parliament say they are quitting the main opposition Labour Party over its approach to issues including Brexit and anti-Semitism. Many Labour MPs are unhappy with the party's direction under leader Jeremy Corbyn, a veteran socialist who took charge in 2015 with strong grass-roots backing. (AP Photo/Kirsty Wigglesworth)

LONDON (AP) -- Seven British lawmakers quit the main opposition Labour Party on Monday over its approach to Brexit and anti-Semitism — the biggest shake-up in years for one of Britain's major political parties.

The announcement ripped open a long-simmering rift between socialists and centrists in the party, which sees itself as the representative of Britain's working class. It's also the latest fallout from Britain's decision to leave the European Union, which has split both of the country's two main parties — Conservatives and Labour — into pro-Brexit and pro-EU camps.

Many Labour lawmakers have been unhappy with the party's direction under leader Jeremy Corbyn, a veteran socialist who took charge in 2015 with strong grass-roots backing. They accuse Corbyn of mounting a weak opposition to Conservative Prime Minister Theresa May's plans for leaving the EU, and of failing to stamp out a vein of anti-Semitism in the party.

Luciana Berger, one of those who quit Monday, said Labour had become "institutionally anti-Semitic."

"I am leaving behind a culture of bullying, bigotry and intimidation," the 37-year-old politician said at a news conference alongside six colleagues.

Labour leaders have admitted that Berger, who is Jewish and pregnant, has been bullied by some members of her local party in northwest England.

There have long been signs that British voters' 2016 decision to leave the EU could spark a major overhaul of British politics. May's own Conservatives are in the throes of a civil war between the party's pro-Brexit and pro-EU wings. Labour is also split.

Many Labour members oppose Brexit — which is scheduled to take place in less than six weeks, on March 29 — and want the party to fight to hold a new national referendum that could keep Britain in the 28-nation bloc.

But Corbyn, who spent decades criticizing the EU before becoming a lukewarm convert to the "remain" cause in the 2016 referendum, is reluctant to do anything that could be seen as defying voters' decision to leave.

I think this is good thing. That labor party needs a shake up and this is exactly what needed to happen.

American politics look sane, next to the Brits!

How can Corbyn still be Leader? I can only imagine that absolutely no one wants the job... which would be fairly logical since there's no way to succeed as Labour Leader...

This is starting to remind me of the Titanic with the band playing on while she headed to the bottom.