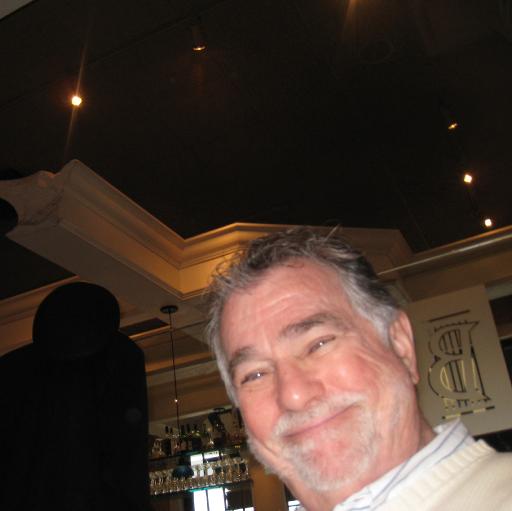 If you have ever wondered, "Why is America fast becoming a Stink hole?", while you were answering nature's call, yourself.

Well, White folks, I can answer that fer you. Don't strain your prettybutt no more, no more. Hit the Road Jack and Don't Ya Come Back, No More, No More!

If you're not drunk, or, sill on pain killers, you may recall that "H. W." was getting his small white, shriveled up,"balls" handed to him on a proverbial"Silver Platter" by the "silver tongued Southern Fox"; that silver haired wonder from Arkansas, Bill Clinton,who could charm a snake out of her skin with his"country" sounding drawl, warm smile, and, that sexytwinkle in his eye that seem to say: "I feel your pain and would like to feel it closer."

Well, Earl, women folks were hot for Bill Clinton. It didn't hurt that he was tall, good lurching material, too. Billliked women, all kinds, and, they knew it.It drew them to him and vice a verse.

In truth, no ones knows whatClinton was talking about or what he "campaigned" on, but, everyone came away from Clinton's pre-presidential Rallies& FreeBar B Q's, "liken' that son of a bitch!"

Clintonplayed the sax, too, and, was a former governor from somewhere in the South, (Arkansas, maybe),and, hehad been elected six times as governor, not for anything he accomplished, but, because he was a "good looking, charming, good old country boy with a slow drawl."

On the other hand, H. W. George Bush, "W" wimp of a father, was so boring he had to add twoextra initialsto his name to make him interest. H. W. looked like an over taxed Taxaccountant and talked "nasty".

H. W.wanted peoples to, "ReadMy lips". What kind of a man does a thing like that? How disgusting is that to "ax" a nation of out of work semi-literate, whitefolks?

H. W.must of been some kind of freak, "Read My Lips"! How about, "Read My Ass on Your way out of the Whitehouse," the nation responded.

Well, Earl, are you awake, or, jestdrunk again? Wake up, Earl Howard,this is the important part!

You see, folks,H. W.'s poll numbers where in the toilet, and, he was in there a lot, too, throwing up like a "sissy" because when he went to China to negotiate with the "Japs", those "chinks"screwed him so badly that America lost all of her factories and Georgie Porgie got sick from a tainted Chinese dish, passed out, face first in his Lo Mein.

Now, Brothers and Sisters of the Corn Hole generation, that was humiliating enough, but, what was worst is that he was "ousted" with his long time mistress, Shesa Homely, who was not very attractive, any who. Shesa is an Ann Coulter type of a bone thin,razor sharp, Axis of Evil, ball busting woman, blabbing machine. But, observers report, better looking than his wife, Barbara-Wall-Waa! Now, I "ax" you who names their kid, "Barbara", anymore? Worsewho in this wild-world of wanton womenwould want to"do" that woman? I ax you man to man, of course, not man to woman?

Americans are a forgiving people, but, they draw the line at an unattractive mistress. "What the point of having another sack of potatoes if'n they all look the same", is whatthe boys used to say sittin' around the old Feed & Calcified Conservative Seed store, while we spit tobacco on the floor, back in the good old days, before the EPA outlawed it.

Anyway, "W", the retarded one in the family, had been a drunk for 45 years, but, then, one night on a "powerful drunk", he saw a velvet painting of Jesus on a bar room floor andin a flash sobered up.

Hysterians say that "W" had an epiphany, then, and, there,in which herealized that he, "W", the failed business man; the former cheerleader, the drunk till the age of 45 yearcould earn his pappy, "Snappy's", admiration by helping"pappy" get "snappy" andget his white, pale ass re-elected.

"W" knew, cause he was one, that Evangelical Born-Again, Backwoods folks were just seething at all of the "sinning" goin' on in the countryand them not gettin' any, so, he figured that he could tap into their anger, and, after all, they are led about as sheep, like "W",and willingly follow their millionaire preacher man's every word, as if it were from the "lips of god to their corn fed ears", and do the preacher man's biddin', even sending him their monthly rent money. So, hell, he figured,they would vote fer whoever the preacher man recommended. "God wants you to be a Conservative Republican", railed the Evangelical preacher man from the pulpit of the mostly South and Southwest Red State. "It's in the bible, somewhere", they testified.

So, "W" figured, because, he was lazy, that all he had to do was get a handful of televangelists to "testify in church" on his daddy's behalf,and that would be enough to get them "fired up", send themroaring to the election polls like true Christians knocking down any poorcreature that got in their way. If the spirit was with them, theycould send his "Pappy" back to the White House, and, possGeorge into a paying job that he couldn't be fired from not even if he tried.

Well, it did not work out that way!

It seems thatH. W. George Bush, was a Harvard man, and, Earl,Harvard men don't stoop to scoop up the nation's most illiterate demographics, even if it meant winningthe presidential election.His dad said, "No, thank you, you dumbass drunk! I'll do find without your help.Stay out of it."

You guess it, the "sexy hound dog" from the South waltzed into the White House and found Monica Lewinsky's luscious lips and read them.

"W" learned his lesson, even though he was dyslexic, slow, and, on the cusp of retarded. He knew his pappy, "Snappy", made a fatal mistake and he vowed that he "won't do like wise", when his change came alone, and, he didn't.

"W"married the Evangelical,Born Again, Backwoods, Snake Handling, Holly-Rollers" to calcified Conservative Republicans to entrenched to get out of the way in a big public wedding officiated over by Pat Robertson, Jerry Falwell, Oral Roberts and BillyGraham's boy, (the drunk one), that, like "W", "came to Jesus"one night after a fierce battle with the bottle, in which the bottle gave out.

And, that is why America today, is ruin by so many religious dumbs fu&*s.

This is Wintrope Merridethe, The III, and I approved this message, although I have no idea what is it means. I mean it! 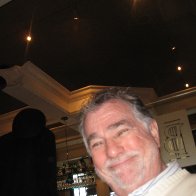 This is a disgusting article and I should be ashamed for writing it, but, I am not. Shame, shame on me.