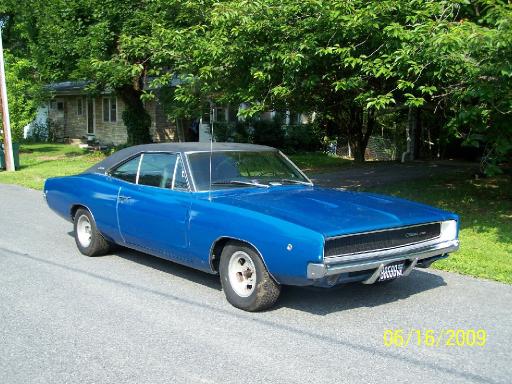 By: Dignitatem Societatis  •  21 comments  •  2 hours ago
This is several days late because week 8 turned out to be the wettest yet. I think the ground stayed completely saturated for at least 4 days straight. It killed the tomatoes and the eggplants, and finally got to the peas (not so indestructible after all). One trellis of peas is definitely stunted and yellowing, but the other fared much better, somehow. Unfortunately, the onions and...
Jun 04 6:08pm @4.3 Thunderstorm has stopped work, was very hot so progress was slow.  Tilled lower part again and got 3 trellis set up, they are old swing sets covered with reinforcing wire. try again when it dries out
Jun 03 10:10pm @4 Your garden is looking good, much better than mine. Today, the ground was dry enough to plant some tomatoes but the sudden 90+ heat slowed me.  Last week I got to play with my new toy, a Kubota...

TEAR DOWN THE CONFEDERATE STATUES!

Via: JohnRussell  •  130 comments  •  22 minutes ago
Ralph Northam’s past may be, uh, racially problematic,   but he’s certainly making up for it now. Virginia Gov. Ralph Northam is expected to announce plans Thursday for the removal of an iconic statue of Confederate Gen. Robert E. Lee from Richmond’s prominent Monument Avenue, a senior administration official told The Associated Press. The governor will direct the statue to be...
Jun 04 12:41am @7 Ralph Northern is acting like a petty tyrant
Jun 04 12:30am @6 Then most statues must be removed because nobody is perfect; but, somebody thought enough of them to build a statue of them. But now they upset somebody.
Jun 04 12:23am @2.1.14 It is common knowledge that many blacks in the South owned slaves
Jun 04 12:08am @4.2 "..." There were bags of money in New York City and Boston.  Triangle trade was financed in the north and the biggest profit was kept there
Jun 04 12:04am @4.1.2 everything
Jun 03 11:43pm @2.1.10 So the memorial to Lincoln should be treated the same?
Jun 03 11:41pm @2.1.9 I agree with you on a lot; but comparing General Robert E. Lee to Hitler is flat out wrong.  Back then loyalty to one's state was more important than loyalty to the federal level.  Lee made his...
Jun 03 11:33pm @4.1 Yankee bankers made more money on cotton and slave trade than Southern planters ever did, they financed it all

By: Buzz of the Orient  •  43 comments  •  12 minutes ago
Trump Bans Americans From Eating Noodles "No more chicken noodle soup" says the POTUS. "It will spread the "Chinaman" virus, just like the Chinese airplanes will.  If you EAT like a "Chinaman" you're going to think like a "Chinaman" and start stealing all our secrets, and maybe even your eyes will start to go slanty, so NO MORE NOODLES." Trump's latest ban follows his ban on...
Jun 03 11:23pm @5.1.1 I sure hope not, I like making my own salad and making it big
Jun 03 10:22pm @5 when the restaurant ban is done, the Chinese buffet is near the top of the list.  Steak dinner is first. Carryout ribs and BBQ has keep me going and the seafood truck was back.

Via: Drakkonis  •  14 comments  •  19 hours ago
Well, I'm not sure I was expecting an article like this one or it simply is no surprise to me. Maybe a little of both. One thing I can say is that it is exactly what I expected it to be when I saw the title. A list of excuses without once mentioning the most likely reason.  A poor moral compass.  Protesters have a legitimate complaint, which is damaged to a huge extent by looters. For a...
Jun 03 9:46pm @8 Why they are looting does not matter.  Looting is not acceptable and if police can not stop it, then property owners should be able to do what they need to protect their stuff and themselves....
Jun 03 9:36pm @4.2 I like that!

Former President George W. Bush: 'It is time for America to examine our tragic failures'

Via: KDMichigan  •  18 comments  •  yesterday
Jun 03 5:12pm @6 I have no symphony or use for those who block roads or destroy property.  Truck drivers and motorists should not have to put up with such actions,

Via: Jeremy Retired in NC  •  7 comments  •  2 days ago
Remember this: the death of George Floyd is a legitimate protest point. The riots are most certainly not and are propelled by an agenda.
Jun 02 9:42pm @3 Karma