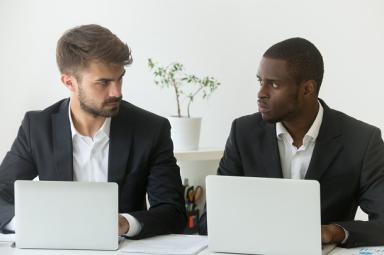 I know the world seems more divided than ever these days (although as someone who minored in history, I can assure you this is nothing new). I know that as much as I’d like to keep the craziness of politics away from TTAC, it’s not possible — the automotive industry intersects with politics all the time, and it’s our job to cover those topics and stories. I know arguments on social media are getting nastier.

That doesn’t give you an excuse to come here and step out of bounds in the comments. Over the past few weeks, the editors have received multiple complaints about personal attacks, racist speech, and the like. We’ve addressed individual complaints already, but enough of you have reached out that I felt compelled to say something.

It’s not just that some of you have reached out – I’ve also seen the decline in civility in the comments with my own eyes.

It appears that either a bunch of folks are new here or have forgotten the rules. One of my predecessors laid out the rules for commenting, and before we delve further, I post them here to remind you. You can also find them by clicking the FAQ link at the top of any page on the site.

It is not what you say that matters but the manner in which you say it; there lies the secret of the ages.
– William Carlos Williams

Comments are an inseparable part of TTAC. TTAC has a reputation for high quality comments written by knowledgeable people. We appreciate all comments that improve this reputation. Quality will lapse without quality control. Therefore, the following commenting guidelines are in effect. If you do not agree with these guidelines, do not post comments on TTAC.

Posting comments on TTAC constitutes an acceptance of these guidelines.

There are two very simple guiding rules to commenting on TTAC

When commenting, picture yourself being invited to a dinner party  with a roomful of strangers. You probably will not attack or insult the host, or the other guests. You will get annoyed by rude and uncivilized guests. You will understand that the host will not invite people back who violate simple rules of civility. Attacking the host could mean an end of the dinner before desserts are served.

You have a right to your opinion; you are immediately wrong if you are rude. Rude, uncivilized remarks mean an immediate loss of the argument. They also can mean a loss of commenting privileges.

However, should you feel the need for a more structured guideline, the following are  TTAC’s Six Rules of Civility . Failing to adhere to these guidelines is grounds to be removed from current and future conversations:

When I came on board, I said these rules should remain in effect. That’s because they’re good ones.

Yet, lately, too many of you have been in violation. I’ve seen rules number 1 and 2 being violated especially frequently.

Our mods work hard, and we’ll catch as many violations as we can as quickly as we can. But you can meet us halfway by avoiding personal attacks, not trolling, and not saying things that are racist/homophobic/sexist/xenophobic/transphobic or otherwise bigoted.

Our comment section is supposed to be mutually beneficial. We benefit by reader engagement and the extra traffic it may bring in, and we also benefit by learning from you. You always hold us to account when we make factual errors or miss typos, or when we construct a poorly argued op-ed. Our writing and reasoning skills are often sharpened by your feedback.

You benefit by having a space to anonymously spout your opinions on any given article, whether you’re talking about political policy or the failings of a given OEM. The comment section is meant to be a friendly community for frequent readers of the site to gather and discuss the news of the day. Perhaps it may even lead to offline friendships.

This mutually beneficial relationship is not possible if the comment section devolves into a cesspool that drives away those who want to have reasonable, rational debate or discussion.

Looking at the bigger picture for a moment, I am not referring to the current debate over “civility” that’s roiling political media. I don’t care if you think it is or isn’t OK for Sarah Huckabee Sanders to be turned away from a restaurant. This call for civility extends only to TTAC-related spheres, including our comment section, our Twitter account, and our Facebook page.

We’ll never take issue with views that differ from our own (except for those that are racist/bigoted, et cetera), and our own staff is all over the political map. So feel free to express yourself. Just please do so in a civil manner, and please respect our mods when they do their jobs (at least one of you has been nasty to our mods, and that’s not acceptable).

TTAC’s comment section is part of what makes this place unique and special. Let’s keep it that way.

We are not alone!

He can’t post meta on the front page can he? We have strict rules against that around here!

We have strict rules against that around here!

Indeed we do. And from the number of endless violations of those rules by both sides, which the perps endlessly complain about when ticketed, there are those who feel they are above the rules and should not be held responsible for their own behavior.

I've been ticketed for my own lapses in behavior, and deservedly so. Some I got for behavior I knew would be to a violation, but, felt that under the circumstances it was worth it, and others for not being more careful of my wording. All deserved, all accepted.

People don't think they should have to abide by the rules? Then they don't have the right to complain when they are ticketed or suspended. Their behavior is not forced on them by anyone else, they are the ones responsible for their own behavior, like it or not.

Yeah well Perrie made it clear we had to post meta in the Meta group not on the front page. I was just pointing out how the rules are selectively enforced.

And I was just pointing out how some here seem to deliberately ignore such rules and do as they please, then complain when they can't have their way.

Interesting site, interesting automotive articles and none of the conversations I read approached the level of alarm implied by the author of the seed.

Nice diversion from our routine.

Look at the tags at the top of this article. This is classified as meta but not in the Meta group?

I didn't see the article until both SP and another member just notified me. My jobs are many here and sometimes things get away from me. The article is going to be closed.

And please instead of assuming the worst, notify me. See how easy it is to be fair?

According to some here, NT is the only site that has rules.  The difference is, NT's rules are determined by the majority of Member votes, not site owners. The ToS are separate and not up for vote or change by Members.

The few babies here who endlessly complain and Bi*tch about the NT CoC are only a few, and most of them never bothered to participate in the CoC voting process, yet, they feel they are entitled to complain and demand changes to suit their own agenda and/or demands.

So, just as a reminder, the 'Exit door' is always open, and there is no Exit fee.

Article closed and can be reopened in Metafied.