The latest scandal came on the heels of another controversy sparked   after she told   Yahoo! News   that she found the idea of Israeli democracy laughable, and compared the Jewish state to the Iranian regime.

In the past, Omar has come under criticism for accusing Israel of ‘hypnotizing’ the world in a 2012 tweet.

Omar later apologized , saying her comment was “unfortunate and offensive” and admitting it relied on an “anti-Semitic trope.”

Omar offered an apology , while at the same time maintaining that AIPAC and other high-profile lobby groups have a “problematic role” in politics, comparing the pro-Israel group to the National Rifle Association and the oil industry lobby.

On Tuesday, President Donald Trump denounced Omar, calling her apology “lame” and urging her to resign from Congress.

“What she said is so deep-seated in her heart that her lame apology, and that’s what it was, it was lame and she didn’t mean a word of it, was just not appropriate. I think she should resign from Congress.”

A former member of the Louisiana House of Representatives and perennial candidate for statewide office in Louisiana, Duke has endorsed race-based segregation and is author of the 2003 book “Jewish Supremacism”.

Duke tweeted his support for Omar on Monday, denying Omar’s accusations that AIPAC bribes American lawmakers were in anyway anti-Semitic.

“So, let us get this straight. It is ‘Anti-Semitism’ to point out that the most powerful political moneybags in American politics are Zionists who put another nation's interest (israel's) over that of America ??????”

Duke later lamented Omar’s apology, tweeting “I’m not surprised but it’s a pity, those tweets exposing the influence of AIPAC where her only positive achievements.”

Following President Trump’s condemnation of Omar, Duke excoriated the president, accusing him of promoting an “Israel first” agenda, and the conversion of Trump’s daughter, Invanka, to Judaism and her marriage to a Jewish man.

“Trump! What R U doing? An elected person resign because they expose Israeli Bribing of Congress? -in Senate: Schumer, Feinstein, Blumenthal -In House Schiff and Nadler. Fake media NYTimes, CNN, ABC, CBS, NBC ALL Zionists! They HATE YOU! They want you crucified ! Don't be Stupid!”

“Trump! One reason we voted for you is that you dared to tell the Zionist political controllers you didn't want their money. Now of course, they are crucifying you! How in the hell can you say that Rep. Omar should resign for saying essentially the same thing you said? Man UP!”

“Israel has hypnotized the world, may God awaken the people and help them see the evil doings of Israel,” Duke added, drawing from Omar’s controversial November 2012 tweet.

Duke also called on the president to force Israel to pay for the border wall with Mexico.

“Hundreds of billions of taxpayer dollars have gone to Israel. We spent trillions in wars for israel. Every major jewish organization lobbies to send US money to Israel that builds a giant wall - BUT OPPOSE A WALL FOR AMERICA. I say: build a wall and MAKE ISRAEL PAY FOR IT!”

On Wednesday, Duke posted a picture of Ivanka Trump and Chelsea Clinton alluding to the fact that both are married to Jews, a fact he described as “collusion”

"’We both married into the trick, now we can always use it...’ He warned about this type of collusion.”

Despite his initial backing for Omar, and his criticism of President Trump’s call for her to resign, Duke blasted   Breitbart News   after it published a story entitled “Former KKK Grand Wizard David Duke Backs Democrat Ilhan Omar”.

Bigots of a feather flock together!

Yep, AOC and Ms Omar are becoming the faces, and , the VOICES of the Democrat Party, in my most humble opinion.

The moderate and conservative Democrats better start putting them on a shorter leash. And fit them with muzzles.

I doubt the muzzle can silence their hate or ignorance.

I disagree with the idea that Ms Omar are becoming the faces, and the voice of the Democrat Party but I do agree that the moderate and conservative Democrats better start put her on a shorter leash and fit her with muzzles.

That being said, you got to love how bigot Muslims can find something in common with White supremacists. I'm sure every Jew feels warm and fuzzy at this moment.

the idea that Ms Omar are becoming the faces, and the voice of the Democrat Party

I'd say she's as much a face and voice of the Democrat party as racist Steve King along with indicted Chris Collins and Duncan Hunter are the face and voice of the Republican party, but the fact is there are more like minded Republicans to Steve King who said “White nationalist, white supremacist, Western civilization — how did that language become offensive?” than there are Democrats who share Ms Omar's frustration towards Israel. 63% of pro-Israel group campaign donations went to Democrats so we can see that not only do Democrats embrace American Jews and cherish the relationship we have with Israel, but the pro-Israel groups in the US support more Democrat candidates than they do Republicans by double digits.

The last week was incredibly revealing. The democrat party has a bigot problem and needs to address it before pointing fingers. The narrative that they somehow hold high ground on this issue has been completely dismissed as a myth.

So the three bigoted democrat folks in Virginia constitutes the entire Democrat Party?

'The narrative that they somehow hold high ground on this issue has been completely dismissed as a myth.'

Is this known as virtue signalling?

I disagree with the idea that Ms Omar are becoming the faces, and the voice of the Democrat Party

Well, The democrats did put her in a place of importance, even after her "thoughts?" as far back as 2012.

Or did democrats just put this newbie on the "House Foreign Affairs Committee", just because she is a "Women", and a "Muslim" taboot ?

the idea that Ms Omar are becoming the faces, and the voice of the Democrat Party

Just as the 'Freedom Caucus' are but the fringe face and voice of the GOP (or what remains of it). Under Pelosi, they will be given a forum, but I doubt she will allow them to drive to the bus...unlike McConnell.

For some one who says he doesn't have a party, why is it only the Democrats you go after when it comes to stuff like this? I never saw a seed from regarding Republican bigotry and believe me there's lots of it out there. Dismayed even mentioned one.

2 bigots in Virginia, two antisemitic Muslims in congress one who use to write for Farrakhan. A white presidential candidate that claimed to be a minority and a senate candidate named Robert that tried to bamboozle Hispanic voters with a Hispanic nickname he's never been known for.

Then of course we have Hillary who once referred to Bill's campaign manager as "F****** Jew bastard".

I'd say you have a little bit of an issue there and that's not including all of the supporters in the party for the Antisemitic BDS movement.

Are there racists in the GOP, absolutely.

Are there racists in the DNC, absolutely.

Does either party hold any moral high ground on the issue of race? Absolutely not.

So less than a dozen and they represent the entire Democrat party?

I have an issue?

Democrats love to call people racists. I like to point out their hypocrisy. It's just that simple. If the Neocons were calling everyone a racist too, i'd shovel a pile of shit on them.

I really don't think you would. You only point one party's bigotry consistently.

The Republicans were pushing back against this woman and calling her an anti-semite.

I really don't think he would either.

Only when the shoe fits.

Never a good Idea to judge others when you are wearing Katy Perry's shoes. 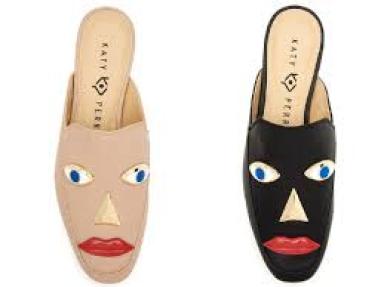 Damn it!  I've been found out.   I just had to have these in the kitten heels

Will she "Publicly" distance herself from Good Ol' Boy Dave ?

All in all what have we learned kids?

Racism is a serious problem, we need to reserve the term for actual racists. We have done a great disservice to minorities in this country with our nonstop approach calling everyone we disagree with a racist.

I have yet to see anyone summit MT. Morality.

This is David Duke's state of the union address.  He is a little disappointed in Trump because Trump was not hard enough on illegal immigrants.

Duke also praises white supremacist congressman Steve King, a Republican and is sad that King is being crucified for standing up for white people.

No kindly mentions of Democrats in the speech.

I think he's switching parties, he's attracted to the recent outbreak of hate. Not to mention when he found out Biden was a segregationist he got a boner.

Would you please show us the articles you have seeded about Steve King?  I am very interested.

John you've called Black people uncle Tom. You probably should find another topic to comment on.

What about your bigotry towards the Roman Catholic Church and the Pope? Religious bigotry is just as bad as racism

I see you bashing evangelicals often, is that bigotry or do you just dislike some of their activities?

My problem with the Catholic Church is the priests raping children and church's verifiable history of allowing them to continue.

You will have to do better than that. A hatred of child rapists isn't bigotry. Fail!

Yes, I am bigoted against evangelicals for the most part. They don't know when to shut the hell up and stay off my lawn

And I can do better than that. I never hear you utter one word about the sex abuse that's happened in the Protestant churches. And don't tell me there's no news about it because there is.

I've seen some hateful seeds from you concerning the pope. Don't deny it.

Yes, I am bigoted against evangelicals for the most part

Sorry to hear that.

I have always condemned child rape regardless of the perps. There is just a plethora more examples of cover ups in the Catholic church that are news worthy.

Now moving back to the topic.

What is your opinion of the actual seed?  (A Hint, BF is not the topic)

I just wish someone---anyone---will explain to me as to how it is anti-Semitic to bring up or even question taxpayer money ( and otherwise ) being used, transferred or utilized between US and Israeli political entities.  Omar is racist because of this?  As far as David Duke--well there it is.  There you have it.