America risks a catastrophic defeat if it doesn’t radically change the way it thinks about war. 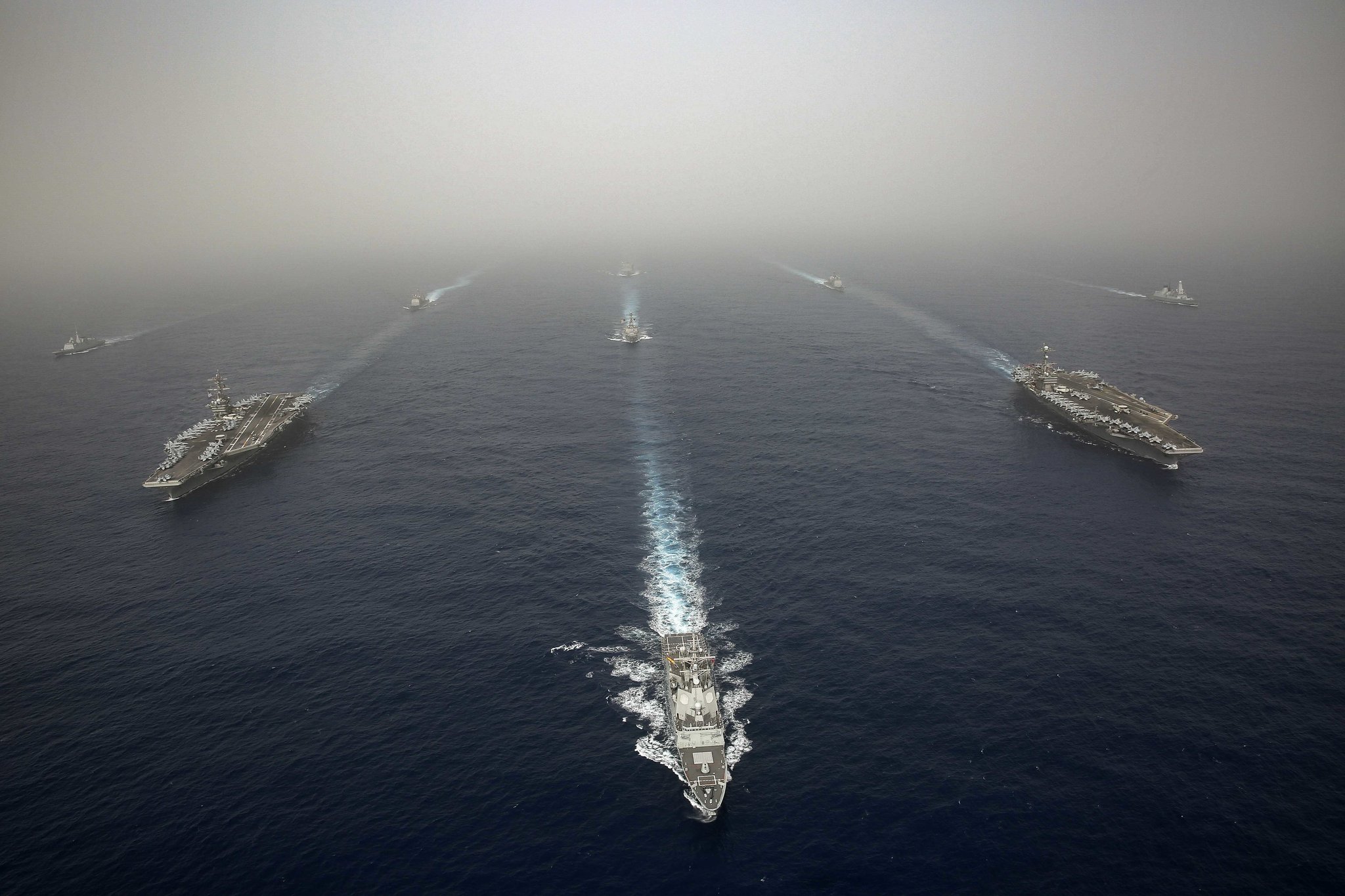 Early on a Sunday morning in 1932, a fleet of some 150 fighters, dive-bombers and torpedo planes struck the naval base at Pearl Harbor. The ships lying at anchor on Battleship Row sustained direct hits. Also hit were the base’s fuel storage tanks and the Army Air Corps planes parked nearby at Hickam Field.

The surprise was as complete as it was devastating. Only this was an Army-Navy war game, the attackers were American pilots operating from the carriers Saratoga and Lexington, and the bombs they dropped were sacks of flour.

The lesson of “Grand Joint Exercise 4,” as it was called, is that forewarned is not always forearmed. It took the actual sinking of much of the U.S. battle fleet nearly a decade later to bring the lesson home to U.S. military planners that the age of the carrier had arrived.

Fast forward to 2006, when a small Chinese diesel-electric submarine surfaced well within torpedo-firing range from the 80,000-ton Kitty Hawk, having gone undetected by the carrier and her escorts. That incident ought to have been a loud wake-up call to the Navy that the age of the super-carrier is drawing to a close just as surely as the age of the battleship was coming to an end by the 1930s.

The only question is whether we will learn the lesson for ourselves, or — as we did on Dec. 7, 1941 — have an adversary teach it to us.

The question is also at the heart of an incisive and important essay in the forthcoming issue of Foreign Affairs by Christian Brose, the former staff director of the Senate Armed Services Committee.

“The traditional model of U.S. military power is being disrupted, the way Blockbuster’s business model was amid the rise of Amazon and Netflix,” Brose writes. “A military made up of small numbers of large, expensive, heavily manned, and hard-to-replace systems will not survive on future battlefields, where swarms of intelligent machines will deliver violence at a greater volume and higher velocity than ever before.”

The logic here is the same as the one that decided the Battle of Agincourt, where the humble and effective English longbow made short work of the expensive and vulnerable French cavalry. Today’s version of that cavalry consists of aircraft carriers priced at $13 billion apiece and fighter jets that go for $90 million (and cost $30,000 an hour to fly).

These systems are all beset by the usual technological hurdles, cost overruns and bureaucratic pitfalls. Still, they’d be worth their enormous price if they conferred a long-term, decisive edge over our adversaries, as U.S. technological superiority over the Soviets did during the Cold War.

The problem is that they no longer do. On the one hand, we are burning through billions of dollars by deploying state-of-the-art resources against technologically primitive enemies in the Middle East and Africa. Why? Because, for example, an Air Force obsessed with acquiring fifth-generation stealth fighters still can’t bring itself to purchase a squadron of cheap turboprop planes to patrol, say, the skies of northern Iraq.

On the other hand, we are burning through trillions in order to build a relatively small number of ultra-sophisticated platforms that are increasingly vulnerable to detection and destruction by near-peer adversaries like China and Russia. “Put simply,” Brose writes, “U.S. rivals are fielding large quantities of multimillion-dollar weapons to destroy the United States’ multibillion-dollar military systems.”

That’s a recipe for strategic failure on budgetary grounds alone. The coming of technologies like hypersonic propulsion, space-based weapons and quantum sensors (able to detect minute disruptions of air or water) makes it a recipe for rapid military defeat as well — at least if nothing changes.

The answer, Brose argues, is to radically increase the numbers of military platforms, lower their costs, and — within ethical limits — enhance their autonomy. This puts fewer war fighters in harm’s way, creates more (and more difficult) targets for an enemy to track, and makes the loss of any one of them far easier to bear. Right now the Navy is straining to reach a target of 355 ships. It should be aiming for a significantly higher number, much of it unmanned.

So what stops it? The answer is what Brose’s old boss, the late John McCain, called the military-industrial-congressional complex.

“Military pilots and ship drivers are no more eager to lose their jobs to intelligent machines than factory workers are,” Brose writes. “Defense companies that make billions selling traditional systems are as welcoming of disruptions to their business model as the taxi cab industry has been of Uber and Lyft. And as all this resistance inevitably translates into disgruntled constituents, members of Congress will have enormous incentives to stymie change.”

It doesn’t have to be this way. A Pentagon with a visionary and independent leader, a Congress ruled by a non-parochial and bipartisan spirit, and a serious president capable of long-term thinking could change the way America prepares for the next war — to prevent it if possible, to win it if necessary.

For that, we’ll have to wait for a future administration. In the meantime, the risk of being on the losing side of our own Agincourt grows.

Bret L. Stephens has been an Opinion columnist with The Times since April 2017. He won a Pulitzer Prize for commentary at The Wall Street Journal in 2013 and was previously editor in chief of The Jerusalem Post.

This article is quite timely. I read an article yesterday that hit on this subject only it was China vs the US and how far and deadly the Chinese have come.

Here it is, like this article well worth reading.

It appears to me that Aircraft Carrier Groups are targets waiting to be destroyed. Their planes may have enough warning to be airborne before the missiles hit, but they'll have nowhere to return to.

Pilot-less or remote-pilot fighter aircraft will run rings around F-35s.

I'd guess that there are lots of things at DARPA for house-to-house grunt-work.

... meanwhile, we're still setting up for a carbon-copy of WWII.

The next wars will most likely be conducted from computer consoles and aimed at communication, financial and government systems (hey it's already happening). It will come along the lines of a massive EMP of one sort or another in all likelihood.

Hopefully they will be spending some of that three quarters of a trillion dollar budget on something other than muskets and the like. But fear not, the WALL will protect us.

I hadn't thought of that.

I feel much better now.