The Zombie Style in American Politics 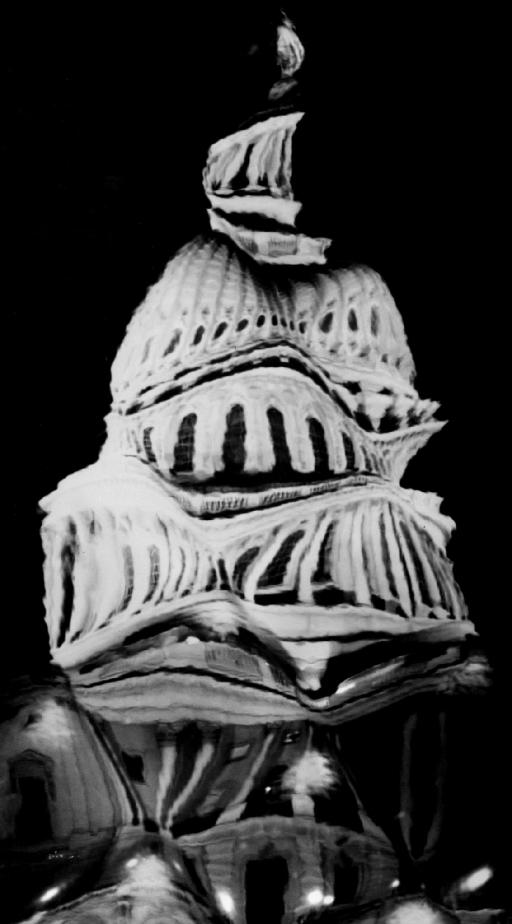 Russia didn’t help Donald Trump’s presidential campaign. O.K., it did help him, but the campaign itself wasn’t involved. O.K., the campaign had a lot of Russian contacts and knowingly received information from the Russians, but that was perfectly fine.

If you’ve been trying to follow the Republican response to revelations about what happened in 2016, you may be a bit confused. We’re not even talking about an ever-shifting party line; new excuses keep emerging, but old excuses are never abandoned. On one side, we have Rudy Giuliani saying that “there’s nothing wrong with taking information from Russians.” On the other side, we have Jared Kushner denying that Russia did anything beyond taking out “a couple of Facebook ads.”

It’s all very strange. Or, more accurately, it can seem very strange if you still think of the G.O.P. as a normal political party, one that adopts policy positions and then defends those positions in more or less good faith.

But if you have been following Republican arguments over the years, you know that the party’s response to evidence of Russian intervention in 2016 is standard operating procedure. On issue after issue, what you see are multiple levels of denial combined with a refusal ever to give up an argument no matter how completely it has been discredited.

I first encountered this style of argument a long time ago, over the issue of rising inequality. By the early 1990s it was already obvious that growth in the United States economy was becoming ever more skewed, with huge gains for a small minority at the top but lagging incomes for the middle class and the poor. This was an awkward observation for a party that, then as now, wanted to slash taxes for the rich and dismantle the social safety net. How would conservatives respond?

The answer was multilayered denial. Inequality wasn’t rising. O.K., it was rising, but that wasn’t a problem. O.K., rising inequality was unfortunate, but there was nothing that could be done about it without crippling economic growth.

You might think that the right would have to choose one of those positions, or at least that once you’d managed to refute one layer of the argument, say by showing that inequality was indeed rising, you could put that argument behind you and move on to the next one. But no: Old arguments, like the wights in “Game of Thrones,” would just keep rising up after you thought you had killed them.

And this is still going on. Even as you read about the superrich buying $240 million apartments and demanding ever-bigger mega-yachts, there’s a whole industry of people denying that inequality has gone up.

You see the same thing on climate change. Global warming is a myth — a hoax concocted by a vast conspiracy of scientists around the world. O.K., the climate is changing, but it’s a natural phenomenon that has nothing to do with human activity. O.K., man-made climate change is real, but we can’t do anything about it without destroying the economy.

As in the case of inequality, refuted climate arguments never go away. Instead, they become intellectual zombies that should be dead but just keep shambling along. If you think Republican arguments on climate have gotten more sophisticated, wait for the next snowstorm; I guarantee you’ll hear the same crude denialist arguments — the same willful confounding of climate with daily weather fluctuations — we’ve been hearing for decades.

What the right’s positioning on inequality, climate and now Russian election interference have in common is that in each case the people pretending to be making a serious argument are actually apparatchiks operating in bad faith.

What I mean by that is that in each case those making denialist arguments, while they may invoke evidence, don’t actually care what the evidence says; at a fundamental level, they aren’t interested in the truth. Their goal, instead, is to serve a predetermined agenda.

All of this is or should be obvious. After all, it’s a pattern that goes back decades. But my sense is that the news media continue to have a hard time coping with the essential fraudulence of most big policy debates. That is, reporting about these debates typically frames them as disputes about the facts and what they mean, when the reality is that one side isn’t interested in the facts.

I understand the pressures that often lead to false equivalence. Calling out dishonesty and bad faith can seem like partisan bias when, to put it bluntly, one side of the political spectrum lies all the time, while the other side doesn’t.

But pretending that good faith exists when it doesn’t is unfair to readers. The public deserves to know that the big debates in modern U.S. politics aren’t a conventional clash of rival ideas. They’re a war in which one side’s forces consist mainly of intellectual zombies.

There are links in the OA.

You see the same thing on climate change. Global warming is a myth — a hoax concocted by a vast conspiracy of scientists around the world. O.K., the climate is changing, but it’s a natural phenomenon that has nothing to do with human activity. O.K., man-made climate change is real, but we can’t do anything about it without destroying the economy.

Over the years, we've seen exactly the same phenomenon here on NT. The same gradual fallback from maximum denial to narrower and narrower denial.

"Conservative media" controls the thoughts and expressions of a large part of the conservative population. There are you tube videos out there of Trump supporters who say, on camera, that Trump never lies and it is mainstream fake news to say that he does.

These are people who get their information only from "conservative media". There are quite a few of them , and they even believe they are a majority, despite the fact that Trump has never been above 50% in any aggregation of polls.

Conservative media" controls the thoughts and expressions of a large part of the conservative population.

In truth there really is little to no true Conservative media and as I've often stated, most who call themselves Conservative in this day and age would not know one if bitten on their arse.

What we are witnessing is some type of mutated, helter skelter, fear based insanity on the parts of Mr. Trump, his merry little band and the members of the GOP that have given rise to this madness by their silence.

William F. Buckley was a Conservative, these folks who knows but certainly only Conservatives in their own minds.

They may describe themselves as such, but they fail to live up to it. Right wing lunacy has taken the place of Conservatism.

Russia didn’t help Donald Trump’s presidential campaign. O.K., it did help him, but the campaign itself wasn’t involved. O.K., the campaign had a lot of Russian contacts and knowingly received information from the Russians, but that was perfectly fine.

It really is amazing to me how far the GOP has moved the goal posts. They've moved them so far they aren't even on the same field anymore. They moved them from one end zone of a football field to the other end of a corn field.

First, they claimed Russia wasn't behind the hacks, Russia definitely wasn't helping trump get elected, it was all lies, the hacker was some 400 lb guy in a basement somewhere. Trump still refuses to admit Russia hacked the election. Then the GOP had to begrudgingly accepted it as fact but that doesn't matter because of their menu of excuses, starting with "collusion isn't illegal", "Can't prove any votes were changed anyway", "It was Democrats who colluded!", "Russia wasn't helping Trump", "you can't indict a sitting President", and "Is Russia really so bad if they got the President I wanted elected?".

There is a seething hatred of Americans that many refuse to acknowledge. It's the seething hatred of Americans who happen to be gay, Muslim, Sikh (only because they wear turbans and some dumb shits think they're Muslim), atheist, transgender or just happen to be a liberal who believes in equality for all. And that seething hatred is shared by Putin and his authoritarian white nationalist regime and many in the Republican party which is why there were some 40% of Republicans claiming Russia was a friend and ally. Those who side with Russia against fellow Americans should be ashamed of themselves, but I doubt many have any shame left as they supported the most shameless President in history.

America is still that diverse shining city on a hill welcoming the tired, the poor, the huddled masses yearning to breathe free. Only if we turn our backs on those ideals and attack our diversity, side with an enemy foreign government determined to destroy western democracy, do we risk putting out that light and no longer shine. We must not let the bitter, selfish, protectionist, fearful, small minded bigots get aid and comfort from our enemy by continuing to rely on their illicit relationship with an authoritarian who assassinates dissenters, forcibly controls the media, murders or imprisons political opponents, and illegally hacks into US political parties, State voter databases, State ballot machines and multiple media companies in an effort to manipulate our election results in their favor. Anyone who isn't bothered by Russian interference either doesn't realize how pervasive it was or doesn't care because it resulted in their preferred election result.

It really is amazing to me how far the GOP has moved the goal posts.

We've reached the point where any action by Trump that isn't illegal,  and witnessed - filmed - by a hundred witnesses... is acceptable.

Any language, regardless of how inflammatory, is acceptable.

Basically, anything is acceptable.

Thanks to Bob for providing an example of  the species of gaslighting where the gaslighter projects their own behavior onto others.  In this gas case, the author desperately wants to distract the reader from the last two years the liberals spent claiming the President was a traitor who colluded with  Putin (who was blackmailing him with pee tapes) to steal the election. Now that the entire collusion narrative and their years long campaign to brand the President as a traitor has been proven false, irresponsible liberals continue to attack the truth.

Somehow, in bizaarro liberal world, those who correctly adduced from the facts from the get go that there was no conspiracy with Russia are now falsely charged with changing their position by those who lied about piss tapes and treason.  What a world...

for another textbook exmaple of arguing in bad faith, recall the democratic party hacks here and elsewhere who started out claiming that Hillary only used her private email for personal emails. Then they claimed it was for only routine work emails and not classified. Then it was sure she used it for classified material, but "unmarked" classified material. Then it was for classified material that marked, but only a little bit and she was too stupid to understand the markings so she didn't do anything wrong.  They went from claiming only personal emails to discounting classified emails without ever acknowledging they changed their story day by day.

I appreciate you keeping me up to date on what tales the loons at alternet are spinning.