US deploys aircraft carrier and bombers after 'troubling indications' from Iran 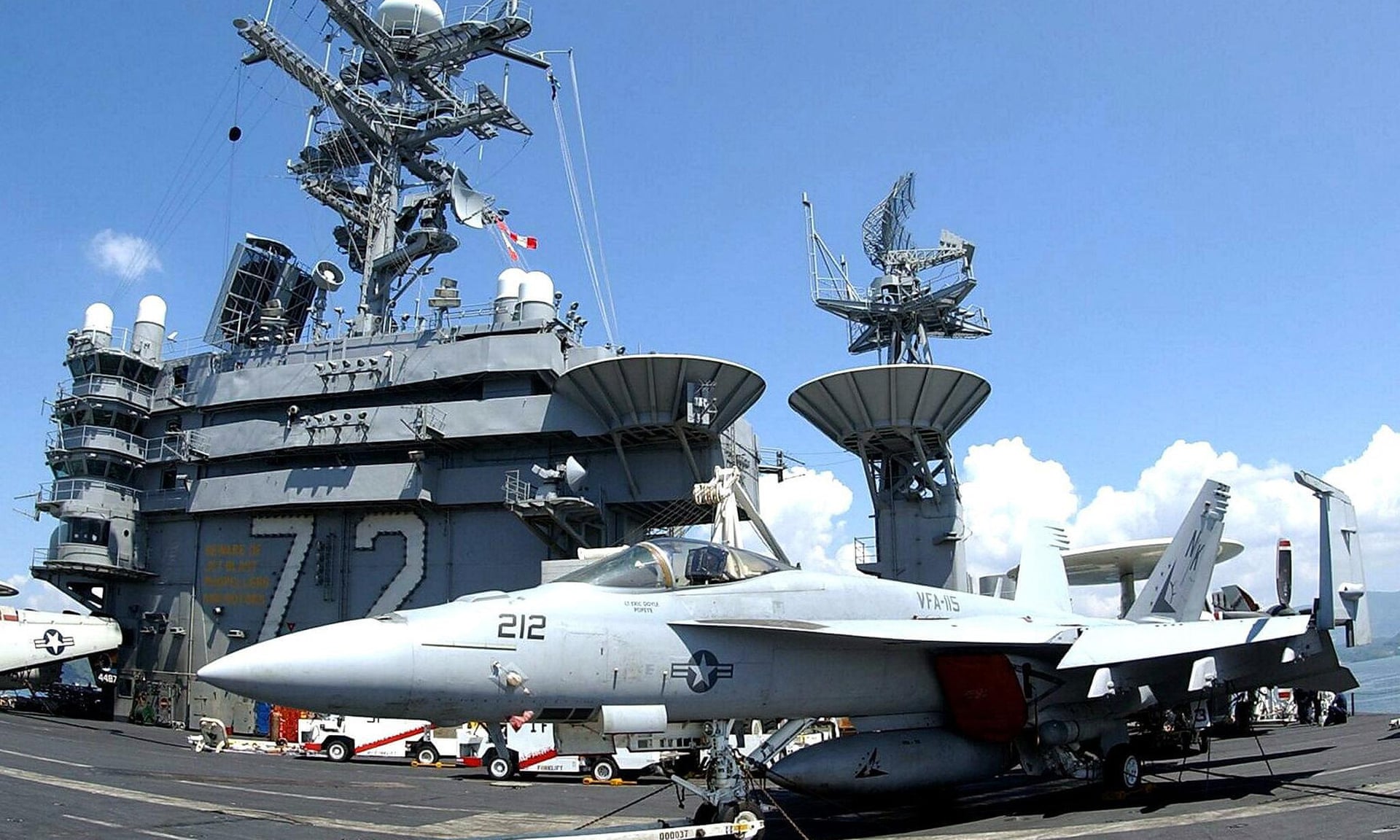 The United States is deploying a carrier strike group and a bomber taskforce to the Middle East to send a clear message to Iran that any attack on US interests or its allies will be met with “unrelenting force”, US national security adviser John Bolton has said.

Amid rising tensions between the US and Iran, Bolton said on Sunday the decision was “in response to a number of troubling and escalatory indications and warnings”.

“The United States is not seeking war with the Iranian regime, but we are fully prepared to respond to any attack, whether by proxy, the Islamic Revolutionary Guard Corps or regular Iranian forces,” Bolton said in a statement.

It marked the latest in a series of moves by President Donald Trump’s administration against Iran in recent weeks.

Washington has said it would stop waivers for countries buying Iranian oil, in an attempt to reduce Iran’s oil exports to zero. It has also blacklisted Iran’s elite Revolutionary Guard Corps.

The Trump administration’s efforts to impose political and economic isolation on Tehran began last year when it unilaterally withdrew from the nuclear deal it and other world powers negotiated with Iran in 2015.

“The United States is deploying the USS Abraham Lincoln carrier strike group and a bomber taskforce to the US Central Command region to send a clear and unmistakable message to the Iranian regime that any attack on United States interests or on those of our allies will be met with unrelenting force,” Bolton said.

Bolton, who has spearheaded an increasingly hawkish US policy on Iran, did not provide any other details.

A US official said the forces “have been ordered to the region as a deterrence to what has been seen as potential preparations by Iranian forces and its proxies that may indicate possible attacks on US forces in the region”.

The official, speaking on the condition of anonymity, said the US was not expecting any imminent attack on US forces.

Looks like war monger Bolton is spoiling for war in Iran.

It would appear to be a better policy than sending them pallets of cash to finance even more terrorism worldwide, while they continue to develop nuclear weapons. Sometimes you need to get the enemies attention and lay out their options.

Let us all know when Trump starts a forever war.

He is far, far, far behind Bush Jr and Obama in that department. So far, other than bluster and shows of military might (by all sides)Trump's presidency has been new war free.

I am not happy he has delayed pulling troops out of Syria, Afghanistan, and Iraq. Talk about your forever wars.

And that would be where and when?

If I am not mistaken this military exercise was planned a month ago.

Never let the truth get in the way of a good scandal...

Never let the truth get in the way of a good scandal.

That seems to be Trump's mantra, and he does all he can to hide the truth if any scandal is about him.

You mean all the fake accusations about possible scandals?

Obviously you do not feel the need to follow the news for the past two years or better.

As the saying goes, you can't wake someone who is pretending to be asleep.