The Real Trump Foreign Policy: Stoking the G.O.P. Base

Why else would he pursue so many policies in Latin America that do not serve the national interest? 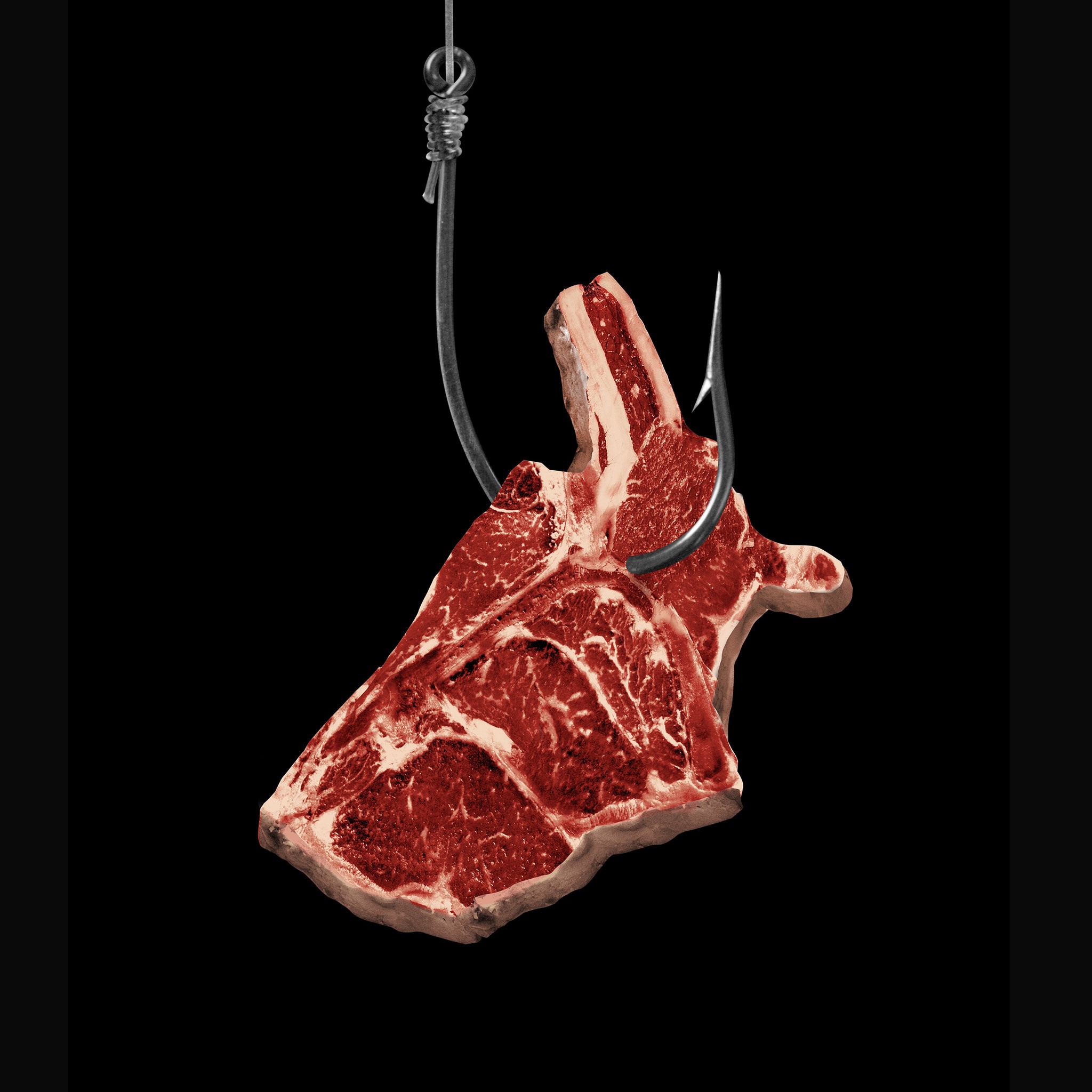 Americans can be forgiven if they struggle to find any coherence in the Trump administration’s foreign policy. It zigs and zags, with senior administration officials saying one thing and President Trump contradicting them without warning the next day. It punishes our allies and coddles our adversaries; it privileges demagogy over democracy. Mr. Trump’s approach appears impulsive, improvisational and inchoate — devoid of clear purpose, values or even ideology.

Yet, upon closer examination, there is indeed a consistent logic staring us in the face. The unifying theme of Mr. Trump’s foreign policy is simply to service his domestic politics.

Mr. Trump welcomes and encourages Russia, a hostile adversary, to interfere in our elections so long as the manipulations benefit him. He discards decades of bipartisan policy on the Israeli-Palestinian conflict to curry favor with Prime Minister Benjamin Netanyahu of Israel, and thus right-wing political support. The president follows a basic, if unorthodox, playbook: He and his party over our country.

Nowhere is this pattern more consistently apparent than in the administration’s dealings with Latin America. In recent weeks, Mr. Trump has taken a series of actions that are not tied to coherent strategies and will not deliver the desired results — if those results are to be measured in terms of achieving American foreign policy objectives. Rather, they may succeed only to the extent that they help Mr. Trump gain re-election by dishing up red meat to energize the Republican base.

Take Cuba. Last month, the Trump administration turned the clock back to the Cold War, imposing the harshest forms of sanctions against Cuba allowable under United States law. Mr. Trump reversed the policy of his Republican and Democratic predecessors by permitting Americans to sue foreign companies that use property confiscated without compensation by the Castro regime.

The administration also canceled a deal to allow Cuban baseball players to play in the United States, sharply constrained remittances and promised to end most forms of nonfamily travel, actions that will directly harm Cuba’s people and nascent private sector. In triumphantly announcing this policy shift before veterans of the Bay of Pigs invasion, the national security adviser, John Bolton, repeatedly stressed the contrast with President Obama’s approach and pledged relentless pursuit of regime change.

Anyone familiar with the 60-plus years of failed United States policy toward Cuba before Mr. Obama’s opening in 2014 knows that the embargo only strengthened the Castro regime’s grip on its long-suffering people. Instead of causing the collapse of the Cuban government or the abandonment of its ally Venezuela, Mr. Trump’s approach will again bolster hard-liners in Havana, entrench policies we oppose, drive Cuba closer to Russia and China, further isolate and impoverish the Cuban people and punish our European and Canadian allies, whose companies will now be sued.

Yet, this policy reversal surely pleases the old guard among Cuban émigrés, as it did the Bay of Pigs celebrants who cheered Bolton. Given the changing attitudes among younger Cuban-Americans who largely supported Mr. Obama’s engagement, it remains to be seen how much political sway the hard-liners still have in the crucial battleground state of Florida. Still, Mr. Trump is betting on firing up that faction.

Not content to bank only on the Cuban community in Florida, Mr. Trump is also courting the state’s many Venezuelan immigrants, who justifiably detest the government of President Nicolas Maduro in Caracas. To hasten Mr. Maduro’s exit, the Trump administration has rightly joined with regional and international partners to impose sanctions against Mr. Maduro, his government and cronies, and to recognize the opposition leader, Juan Guaidó, as interim president.

But, because Mr. Trump’s Cuba announcement will alienate the United States from the very coalition of allied countries that we need to stay united on Venezuela, his real goal appears to be something else: stoking his base. That’s why Mr. Trump trumpets the bogus threat of Venezuelan-style “socialism” invading America through the Democratic Party. Similarly, he periodically threatens military intervention in Venezuela, which is music to the ears of many exiles in South Florida. Despite what Mr. Trump says, there is no practical military option for deposing Mr. Maduro. Bombing Caracas would kill countless innocents and a ground invasion would meet determined resistance from the Venezuelan military.

Rather, if the president were truly serious about helping Venezuelans, he would grant the many thousands now in the United States temporary protected status, allowing them to remain here safely until conditions improve in Venezuela. But extending such status would anger another, much wider swath of Mr. Trump’s base: anti-immigrant voters in every state who applaud Mr. Trump’s efforts to rid the country of brown and black people. Mr. Trump can hardly grant Venezuelans temporary status after he has methodically tried to strip so many other groups of the same protections.

Playing to these same die-hard supporters is also the only explanation for the president’s most ill-conceived, counterproductive policy toward the Western Hemisphere. Against the counsel of his own advisers and many Republicans in Congress, Mr. Trump recently announced that he is ending all assistance to Guatemala, Honduras and El Salvador — the three Northern Triangle countries sending the majority of migrants to the American border — ostensibly to punish them for failing to stop the outflow.

Large numbers of families are indeed fleeing those countries, which suffer among the highest rates of violence in the world, to seek asylum in overwhelming numbers at our southern border. The $450 million in assistance the United States provides each year, mainly to nongovernment groups in the Northern Triangle, has demonstrated success in reducing gang activity, crime and corruption — the very things that push asylum-seekers north.

By halting assistance, Mr. Trump is decimating an effective, bipartisan Obama-era initiative and catalyzing an even greater flow of migrants to the United States. This is antithetical to American interests. But an epic crush of migrants at the border might make Mr. Trump’s apocalyptic rhetoric and policies seem more justified and help him whip the Republican political base into what is now their reliably biennial anti-immigrant frenzy.

Plenty of presidents before Mr. Trump have made serious, sometimes catastrophic foreign policy mistakes; but, few, if any, decided almost every aspect of foreign policy on the basis of what would help him get re-elected. Our previous commanders-in-chief conducted policy to advance their vision of the national interest. And until recently, we had two parties in Congress that mostly put country first.

No longer. The Republican Party has largely abdicated its responsibilities in favor of the whims of a president guided solely by personal and political interests, even in executing the most sacred and solemn duty of the office — to keep America safe.

Susan E. Rice, the national security adviser from 2013 to 2017 and a former United States ambassador to the United Nations, is a contributing opinion writer.

Plenty of presidents before Mr. Trump have made serious, sometimes catastrophic foreign policy mistakes; but, few, if any, decided almost every aspect of foreign policy on the basis of what would help him get re-elected. Our previous commanders-in-chief conducted policy to advance their vision of the national interest.

What catastrophic mistakes has he made in foreign policy Bob?

Please take the time to give us your examples of such and provide your analysis of why you think they are wrong.

At least Trump has not been consistently apologizing and selling out the United States.  That's a refreshing change.  Trump's approach to foreign policy hasn't been that different than John Kennedy's strong arm reactionary approach.

'At least Trump has not been consistently apologizing and selling out the United States.'

He's been selling out the US to the highest bidder.

The turd 'president is the one who should be apologizing to the world.