One Million Species at Risk of Extinction, Threatening Human Communities Around the World, U.N. Report Warns 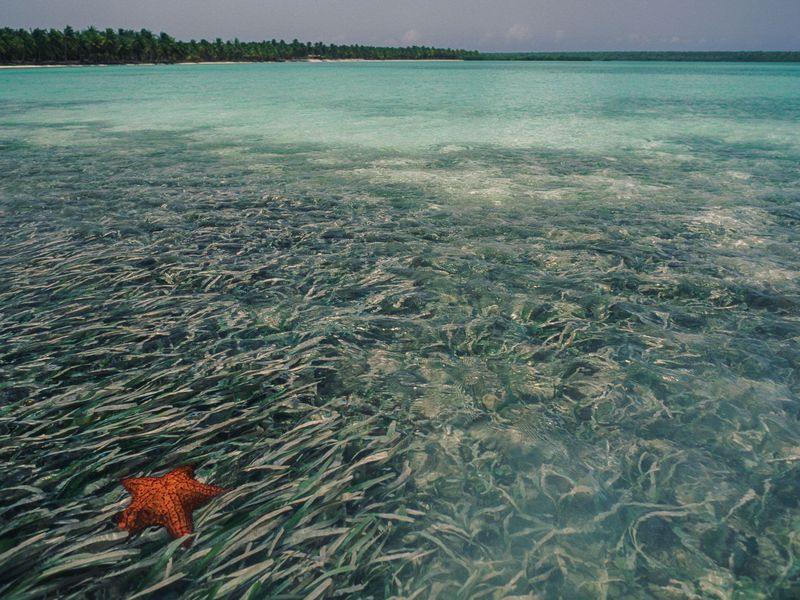 Our world is losing biodiversity, and fast. According to a report released today by the United Nations, up to one million species could face extinction in the near future due to human influence on the natural world. Such a collapse in biodiversity would wreak havoc on the interconnected ecosystems of the planet, putting human communities at risk by compromising food sources, fouling clean water and air, and eroding natural defenses against extreme weather such as hurricanes and floods.

In the sweeping UN-backed report, hundreds of scientists found that biodiversity loss poses a global threat on par with climate change. A 40-page “Summary for Policy Makers” was released in advance of the full report, which is expected to be published later this year and span nearly 2,000 pages. The document calls the rate of change in nature “unprecedented” and projects that species extinctions will become increasingly common in the coming decades, driven by factors such as land development, deforestation and overfishing.

“The basic message is the same as what the scientific community has been saying for more than 30 years: Biodiversity is important in its own right. Biodiversity is important for human wellbeing, and we humans are destroying it,” Robert Watson, the former chair of the Intergovernmental Science-Policy Platform on Biodiversity and Ecosystem Services (IPBES) that produced the report, said during a press conference on Monday.

To produce the report, 145 biodiversity experts plus hundreds of other contributors compiled information over three years from 15,000 sources. For years, scientists have been sounding the alarm about biodiversity’s dramatic decline in what some have dubbed the world’s sixth mass extinction event. This die-off, however, differs from the other five in its central cause: humans. 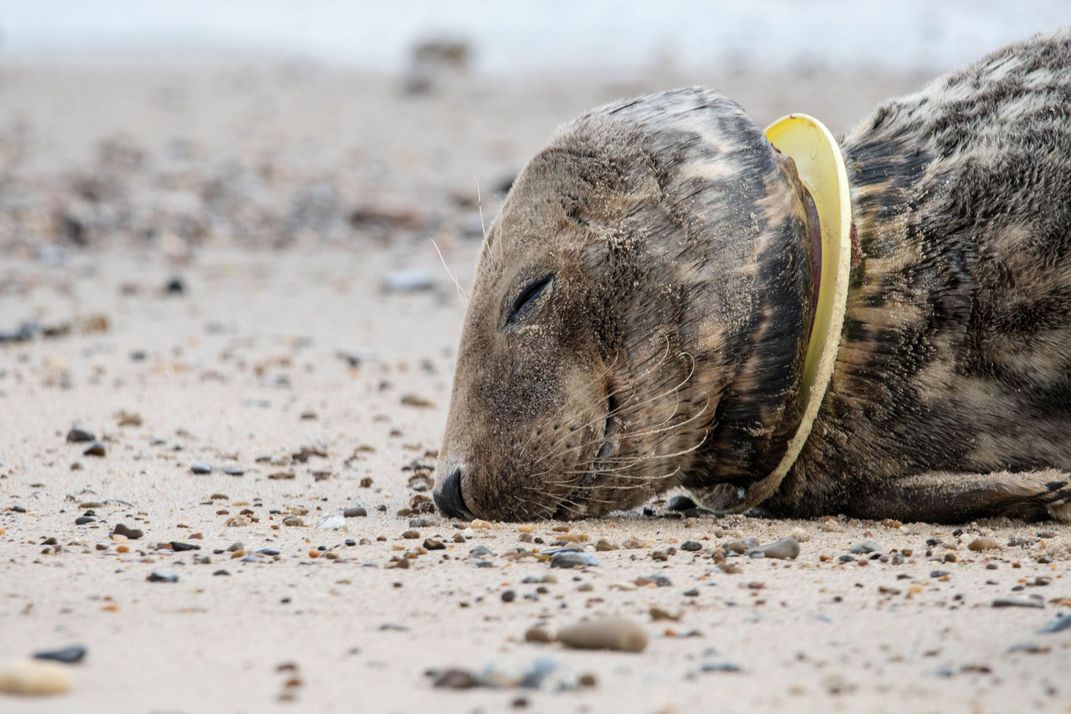 An injured seal with frisbee stuck on neck. (gemredding / iStock)

As the global assessment confirms, human activity is a major driver of biodiversity decline among the millions of species on Earth. The report ranks some of the top causes of species loss as changes in land and sea use, direct exploitation of organisms (like hunting or fishing), climate change, pollution and invasive alien species (often introduced by human travel across ecosystems). The current global rate of species extinction is already “at least tens to hundreds of times higher than it has averaged over the past 10 million years,” and it’s expected to keep accelerating.

All in all, human action has “significantly altered” about 75 percent of the world’s land environment and 66 percent of its marine environment, according to the report. Insect populations have plummeted in tropical forests, grasslands are increasingly drying out into deserts, and pollution along with ocean acidification is driving many coral reef ecosystems to the brink.

The destruction of biodiversity at all levels, from genes to ecosystems, could pose significant threats to humankind, the report says. In addition to affecting human access to food resources, clean water and breathable air, a loss of species on a global scale could also clear a path for diseases and parasites to spread more quickly, says Emmett Duffy, a biodiversity expert with the Smithsonian Environmental Research Center who contributed to the report.

“Historically, a lot of us have thought about conservation and extinction in terms of charismatic animals like pandas and whales,” Duffy says. “But there’s a very strong utilitarian reason for saving species, because people depend on them. There’s an environmental justice aspect.”

The effects of biodiversity loss won’t be distributed equally, either, the researchers found. The most devastating impacts would disproportionately affect some of the world’s poorest communities, and the report concludes that the decline in biodiversity undermines global progress toward the Sustainable Development Goals, milestones set by the U.N. General Assembly in 2015 to reduce global inequality.

“The loss of biodiversity, just like the issue of human-induced climate change, is not only an environmental issue,” Watson said at last week’s opening ceremony for the IPBES plenary session. “It’s a development issue, an economic issue, a social issue, a security, moral and ethical issue.” 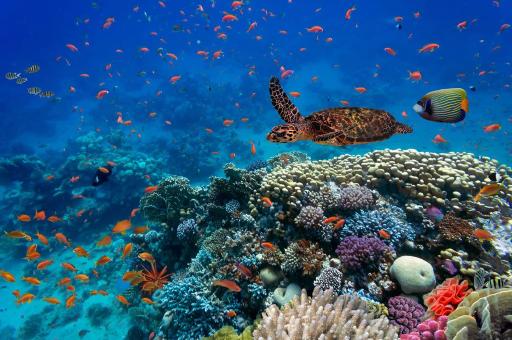 Coral reef ecosystem in the Red Sea off the coast of Egypt. (vlad61 / iStock)

Indigenous communities in particular would feel the effects of the loss of nature, says Jonaki Bhattacharyya, an expert in indigenous-led conservation who was not involved with the IPBES report. Many indigenous groups grapple with high levels of poverty and also rely directly on the natural world for everything from their diets to their cultural practices.

“They feel and experience those losses in ways that many of the rest of our cultures don't,” Bhattacharyya says.

The IPBES report included traditional knowledge and opinions from indigenous and local communities, claiming to be the first global assessment to systematically bring in these sources. The report’s authors consulted with indigenous leaders throughout the process, says Eduardo Brondizio, a co-chair on the assessment. About 40 percent of protected areas around the world overlap with indigenous lands, and these groups provide invaluable “cultural memory” about the regions they occupy.

The urban poor, a group that is growing worldwide, will also disproportionately suffer the effects of biodiversity loss, Brondizio says, as overcrowded cities are vulnerable to factors like natural disasters and pollution. 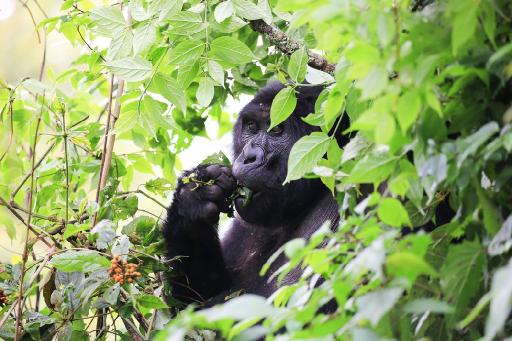 A mountain gorilla in the Bwindi Impenetrable Forest National Park in Western Uganda.
Mountain gorillas are a subspecies of eastern gorilla (Gorilla beringei),
the largest primates in the world, and they are listed as critically endangered
by the International Union for Conservation of Nature.
(JordiStock / iStock)

The situation is critical, but not hopeless, the authors of the report say. It is still possible to slow the destruction of the natural world, but it will require “transformative change” at the highest levels, Watson says.

The report identifies “indirect drivers” of biodiversity loss—big-picture changes like population growth and unsustainable consumption—as well as “direct drivers” like land use and the spread of invasive species. Though the direct drivers are more visible in their effects on the environment, they can be considered symptoms of the massive global changes, says Josef Settele, one of the assessment’s co-chairs.

For conservation policies to be effective, governments need to incorporate biodiversity concerns in all their relevant departments, from agriculture to energy, and stop thinking about the problem as a purely environmental issue, Watson says. The global economy especially has to change, Brondizio says, reforming the subsidies and incentives that provide billions of dollars to land and sea use industries. Large areas of land and marine ecosystems will need new protections as well, as estimates suggest 30 to 50 percent of all the land on the planet will need to be kept in a natural state to combat climate change and prevent environmental collapse.

Like the Intergovernmental Panel on Climate Change helped spur action against global warming, the IPBES report authors hope their assessment will lead scientists and policymakers across the world to push for immediate and sweeping change. In late 2020, China will host the U.N. Convention on Biological Diversity, where the countries of the world could strike a new international agreement to conserve biodiversity. Without it, scientists warn, the consequences could be severe.

“We cannot accept following the path that we’re on today,” Azoulay said at the opening ceremony. “If we continue to do that, we will be plundering future generations. We will be doing away with our common heritage accumulated over millennia, as well as the beauty of the living world.”

Maddie Burakoff is an editorial intern with Smithsonian magazine. She is currently a junior at Northwestern University, where she studies journalism and Spanish.

“The loss of biodiversity, just like the issue of human-induced climate change, is not only an environmental issue,” Watson said at last week’s opening ceremony for the IPBES plenary session. “It’s a development issue, an economic issue, a social issue, a security, moral and ethical issue.”

Usually I don't have the patience to read long long articles, but this one kept my attention.  I think that one of the first damages to the environment that I became aware of was the logging in the Brazilian rain forest.  In Canada, the loggers replace the forests they devastate, but I don't think so in Brazil.  Arbour Day, when many people in many countries go out to plant trees is a good thing but there should be an "Arbour Day" more than once a year.

This is what illegal gold mining in the Amazon is doing to the rain forest. This is only one of dozens and dozens of these areas.

Who is doing it?

Who is doing it?

Citizens of the countries that make up the Amazon forest. This is only part of it, the illegal logging is destroying vast areas of the Amazon as well.

The indigenous people that live in the Amazon are under constant threat (death) from the illegal activities and the governments are of little help and in many instances look the other way.

Canada is destroying the largest Boral forests in the world with their tar sands mining. Many countries are involved in the destruction of our planet..

Your link is to an organization that obviously requires to fortell disaster and doom in order to be a self-sustaining source of income for the ones who run it. I say that because it mentions NOT ONE WORD about control and reforestation - as if Canada's huge forests will be devastated by industry.  No concern about the balance of conservation and sustainability of Canada's economy, for example.  To read about the myths perpetrated by such "impending doom" organizations, check out this from Canada's government:

And as for conservation - the indigenous people of Canada step up.

There are more examples, but my computer is backfiring on me and can't open them.

The indigenous people have always been good stewards of the land in all countries. You might want to check out the fight (s) they are having with the strip mining of the tar sands.

Okay, Kavika, I've done some research on the tar sands (a/k/a oil sands) and I agree that it's problematical and that reclamation of the lands is unlikely except when the mining is not extreme, although it's almost always extreme. Fortunately it involves a very minimal percentage of Canada's forests.  Obviously it's a matter of economics that it is even permitted. One of the worst problems with it, besides leaving the land devastated, is how it affects the fresh water supply. However, because of the massive Canadian forest, the loss is not as great as it is in most other countries, including Brazil.

Buzz here is an article (one of many) that gives you an idea of the size of the area affected in northern Alberta...It's the size of Florida. The devastation to wildlife, rivers and lakes is horrific.

The truth is that human over population is unsustainable.

And now with fetal heartbeat stuff and christian leaders claiming that the Trump was sent by 'god'...…………………….well, there it is.  There you have it.