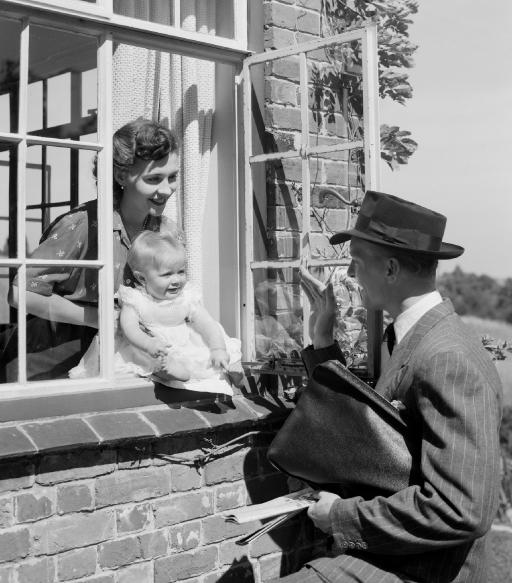 Recently, under the somewhat unlikely inspiration of Elizabeth Warren , some conservatives have revived an old debate: Did millions of women entering the work force actually make families worse off?

In her lost days as a heterodox public intellectual, Warren made the case that indeed it did, because instead of getting richer, dual-earner households found themselves in what she and her daughter, Amelia Warren Tyagi, called the “two-income trap,” bidding up the price of real estate and child care, losing the division-of-labor benefits of homemaking, and generally working harder for little or no economic gain.

This argument, now almost 15 years old, has been picked up lately by social conservatives worried about the decline of marriage and childbearing and frustrated by the Republican Party’s longstanding inattention to family policy. On Fox News, Tucker Carlson has become a tribune of the idea that the G.O.P. should try to help families live on a single income. And two weekends ago in these pages, Helen Andrews argued that American politics desperately needs a prominent spokeswoman for the desires and interests of mothers who prefer to stay home.

In response, another group of conservatives has sprung to the two-earner household’s defense, with arguments distilled in a new op-ed by Michael Strain of the American Enterprise Institute. First, Strain argues, Warren’s old analysis exaggerated the costs borne by dual-income households and understated their economic gains; in reality, most two-earner households in the 2000s are better off than equivalent one-earner couples in the 1960s, and the American economy has benefited immensely from women entering the work force.

In addition, Strain continues, nothing prevents today’s households from opting to live on one income, and if women don’t make that choice, it’s a sign that they find work advantageous and empowering. “In the end,” he concludes, “the good things about family life that social conservatives rightly celebrate are perfectly compatible with two-earner households.” And a conservatism that seems opposed to them will be purely reactionary, speaking for a traditionalist subgroup rather than the needs and aspirations of most women and most men.

Let me try to play mediator between these camps. I’ll start by agreeing with Strain’s two strongest points. First, he’s right that some of the calculations that Warren made appear dubious in hindsight, and her argument that households with two earners are worse off in a strict material sense seems weak. Where they spend more, as on housing, they seem to get more — houses are bigger than 50 years ago, for instance, and more likely to be air-conditioned — and while the cost of child care has risen, the average two-earner income has risen fast enough to compensate.

Second, Strain is right to emphasize that part of dual-earner culture reflects understandable female ambition, the desire of half the human race to use its “talents, ideas and energy” in ways that sexism and unjust discrimination long prevented or forestalled. A pro-family politics that assesses this liberation purely in terms of socioeconomic gains or losses is missing something; a pro-family politics that treats it as a cultural disaster will never persuade many accomplished women to give conservatism a second look. If cultural conservatism isn’t compatible with two-earner households (households like my own, for the record), it isn’t compatible with American culture in any plausible near-future form.

However, now I’ll switch to the Carlson-Andrews side, and suggest that Strain’s tone is too sanguine about where our culture of work and parenting has taken us. If it’s true that the two-earner economy reflects the genuine desires and interests of many families, it’s also true that lots of families would like to opt out of it, even temporarily, and can’t, precisely because they would fall behind in the “bidding war over middle-class amenities” that Andrews describes in her Op-Ed.

This is the real “trap” created by two-earner culture. There are many families that want to raise kids on one income, or one income and some part-time work, and instead find themselves pressured, financially and culturally, to keep up with the dual-earning Smith-Joneses next door.

That pressure has major human costs. If you look at expressed female desires in our society, there is both a substantial unmet maternal preference for part-time work over full-time work and a general desire for more children than American women are currently having. These two desires are intimately connected: No matter how gender-egalitarian society becomes, the physical realities of gestation and childbirth make it natural for most families to desire at least a temporary division of labor during the years when their kids are young, a temporary period of male breadwinning to balance the burden borne by mothers. And a working world that doesn’t accommodate this natural desire will end up with, well, what we increasingly have in the West — a lot of well-off dual-earner couples but fewer successful relationships and fewer children than either sex desires.

Part of the problem here is that in reacting against a social conservatism that seems hostile to female ambition, much of feminism has subjected itself to corporate capitalism instead, and embraced a “lean in” norm that essentially asks women to accommodate themselves to career paths made for men. This leads to angst when professional women have children and the demands of corporate life push them back into the old division-of-labor patterns. But worse, it requires a lot of cultural deception about how easy it is to postpone having kids, joined to a crude, “freeze your eggs” form of corporate patriarchy (draped in wokeness, but no less anti-woman for all that) that’s good for Apple and Google but lousy for long-term female happiness.

Nor is the existing liberal answer to some of these dilemmas — universal day care of the kind that Warren now champions — a sufficient response. Day care can be great for families (again, for the record, our own kids have been in wonderful programs), and to repurpose Strain’s line, the good things about family life that social conservatives rightly celebrate are perfectly compatible with pre-K and nursery school and early-childhood care.

But there are many families that don’t want full-time day care just as there are many families that don’t want two full-time jobs, and their desire can be entirely reasonable. Great preschools are no easier to build than great high schools, and if you think your kids might be better off in the care of a parent or with some extended family member, then a system designed around a dual-income plus day care norm will likewise feel like a burden, or a trap.

The better way here, as I have argued with tedious frequency, would be for conservatives skeptical of the two-earner norm to make common cause with feminists skeptical of the corporate bias against female biology and for both to unite around supports for family life that are neutral between different modes of breadwinning. Don’t subsidize day care, don’t subsidize stay-at-home moms; just subsidize family life, and let the sexes figure out how best to balance work and life, their ambitions and their desire for kids.

The practical obstacles to this kind of feminist-conservative centrism may seem substantial, but the practical case for odd alliances is just as strong. As Lyman Stone recently argued in First Things, the evidence from Europe suggests family policies are most effective when they’re understood as part of a flexible pro-family consensus, rather than as attempts to impose a single normative model on women and families. In other words, a pro-family conservatism that simply rejects the two-earner household as a failed experiment won't be able to establish a successful policy consensus. But neither will a feminism that writes off the aspects of traditionalism that reflect what many women want.

As I’m trying to mediate between conservative factions here, I’ll end with this thought: The turn toward skepticism about two-earner households will change conservatism for the better to the extent to which it encourages a certain skepticism about how corporations treat families and an awareness of how government ignores them.

But to win the political battles that Carlson and Andrews envision, social conservatism needs not only visible female champions but also a rhetoric and a program that persuades women who are largely happy with their working lives that its fight can be theirs as well.

Ross Douthat has been an Opinion columnist for The Times since 2009. He is the author of several books, most recently, “To Change the Church: Pope Francis and the Future of Catholicism.”

I don't often agree with Ross Douthat, but his articles usually make me think. This is a case in point.

I'm a firm believer in equality, but "equal" is not the same as "identical". People have lots of differences. We are a moderately dimorphic species, with significant differences of many natures. We aren't even sure how vast those differences are.

Which "inborn" differences could / should / must be continued in a modern society is a fascinating topic.