Scientists discover why grocery store tomatoes don’t taste like anything

Have you ever eaten a perfectly ripe tomato and wondered why you even bother? Tomatoes are a staple in sandwiches and salads, and you can throw them into just about any dish and come up with something edible. Tomato flavor, however, has apparently been going downhill for a while now, and scientists think they know why. 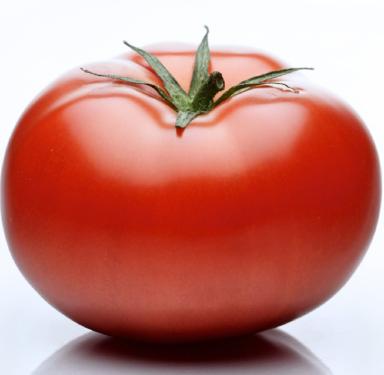 In a new study published in Nature Genetics , researchers including those from the Agricultural Research Service and the Boyce Thompson Institute have mapped the genome of the modern cultivated tomato as well as tomatoes that still grow in the wild. The team marked thousands of genes that were previously unknown, comparing the genomes of cultivated tomatoes with their wild relatives, and made more than a few interesting discoveries.

In comparing the cultivated tomatoes to their wild counterparts the researchers noted literally thousands of genes which were missing from the produce we typically find in our supermarkets. In the never-ending quest to develop plants that produce bigger tomatoes at a faster rate, growers seem to have inadvertently favored plants that also produce inferior-tasting fruit.

“One of the most important discoveries from constructing this pan-genome is a rare form of a gene labeled TomLoxC, which mostly differs in the version of its DNA gene promoter,” James Giovannoni, co-author of the paper, said in a statement . “The gene influences fruit flavor by catalyzing the biosynthesis of a number of lipid (fat)-involved volatiles – compounds that evaporate easily and contribute to aroma.”

Based on their own testing, the researchers believe that the flavor-enhancing gene is only present in around two percent of modern store-bought tomatoes, but was found in over 90 percent of wild tomatoes.

Making cultivated tomatoes taste great again will take some time, but some careful breeding could bring back some of the important flavor-producing genes that the plants lost since they were first domesticated.

In the never-ending quest to develop plants that produce bigger tomatoes at a faster rate, growers seem to have inadvertently favored plants that also produce inferior-tasting fruit.

And I thought my tastes had changed

I wish that I had seeds from my great grandmother. She always kept a large garden, and greenhouse. I'd love to be able to compare some of hers, to some of the store bought.

I too thought my taste buds were exhausted.

No doubt. I have certainly put mine to the test.

I love tomatoes.  I started many plants from seed and as soon as I can they will be planted in the swamp that used to be my garden

planted in the swamp that used to be my garden

From what I've read this effect is true for more than just tomatoes, which might explain the resurgence of heirloom varieties.

I find the same true of the strawberries that are the size of a small child's head, just blah!

I subscribe to a "neighborhood forum". When people describe a restaurant, they comment much more on the quantity served than on the quality served.

I wonder how many would prefer a delicious little strawberry to a huge tasteless one.

I have a client who brings me a big bag of her garden tomatoes each season and while they don't look like store bought tomato's, few have that super red color or perfect round shape, the taste is incredible. As Frodo said "Well, if he was one of the enemy, he would look fairer and...well, feel fouler, if you see what I mean." Store bought tomato's look fair but taste like wet cardboard when compared the rough looking, often bee stung, misshapen small farm tomato's ripened on the vine that are sweet, juicy and full of flavor.

My wife is still looking for the ideal mix of tomato plants for Yuma. We arrive sometime like early October, and leave around mid-May. She has a removable "glasshouse" for the coldest nights - it can get close to freezing. She plants miniatures and full size tomatoes.

check a site called Totally Tomatoes they have good descriptions, I order seeds from them.  My guess would be Early Girl and Better Boy and Sweet 100 for cherry tomatoes.  Timing for getting good plants might be a problem

She buys plants rather than seeds. We're in Yuma about 6 or 7 months, depending on how much road trip we do at each end.

There isn't time for seeds. And needless to say, nothing survives Yuma's Summer!

She buys at Lowe's. She doesn't pretend to be a good gardener, but she enjoys it, and it's nice to have "green stuff" in the courtyard.