In returning to the world of “The Caine Mutiny,” Mr. Wouk won back many of the critics who had written him off. His two war novels, totaling nearly 2,000 pages, gave a rousing account of great events, informed by painstaking research. If Pug Henry seemed to show up, unaccountably, at the elbow of every great leader in the war at one historic turning point after another, Mr. Wouk’s breathtaking narrative pace, skillful stage management and flair for wide-screen spectacle tended to drown out...

Herman Wouk , whose taut shipboard drama “The Caine Mutiny” lifted him to the top of the best-seller lists, where he remained for most of a career that extended past his 100th year thanks to page-turners like “Marjorie Morningstar,” “Youngblood Hawke” and the World War II epics “The Winds of War” and “War and Remembrance,” died early Friday at his home in Palm Springs, Calif. He was 103. 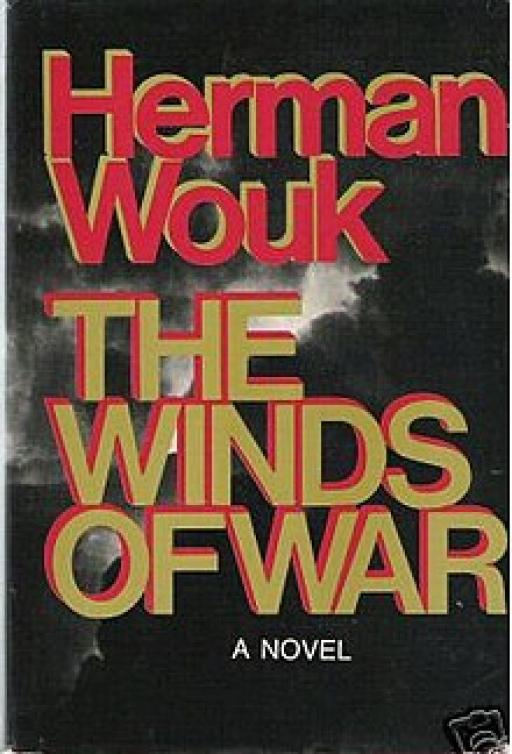 His death, just 10 days before his 104th birthday, was confirmed by his literary agent, Amy Rennert. She said he had been working on another book when he died, although, as was his custom, he had declined to discuss its subject until it was finished.

A whipping boy for reviewers who at best grudgingly acknowledged his narrative skill, Mr. Wouk (pronounced woke) enthralled millions of readers in search of a good story, snappy dialogue and stirring events, rendered with a documentarian’s sense of authenticity and detail.

His place in the literary universe was difficult to pinpoint. Did he belong with the irredeemably middlebrow James Gould Cozzens and Thomas B. Costain, or popular but respectable writers like John P. Marquand and James Michener? His novels provided ammunition for both sides.

“I’ve been absolutely dead earnest and I’ve told the story I had in hand as best as I possibly could,” he told an interviewer for the New York Public Library in the 1970s. “I have never sought an audience. It may be that I am not a very involved or a very beautiful or a very anything writer, but I’ve done the level best I can.”

With “The Caine Mutiny,” Mr. Wouk struck gold. A crackling drama on the high seas leading up to a riveting courtroom scene, it introduced readers to the unforgettable Capt. Philip F. Queeg, a seething blend of paranoia and incompetence, constantly fiddling anxiously with two steel ball bearings in his left hand. When he steers the ship toward certain disaster in a typhoon, his junior officers remove him from command, an act for which they later face court-martial.

The book, which sold more than three million copies in the United States alone, won the Pulitzer Prize for fiction in 1952 and was  made into a movie  in 1954 with Humphrey Bogart as Queeg. Mr. Wouk adapted the courtroom sections of the novel into a hit Broadway play, “The Caine Mutiny Court-Martial,” which opened the same year as the film, with Lloyd Nolan in the starring role.

He had already made his Broadway debut in 1949 with “The Traitor,” about a scientist who delivers atomic secrets to the Soviets. He would later return to Broadway with a forgettable comedy, “Nature’s Way,” in 1957.

In “Marjorie Morningstar,” published in 1955, Mr. Wouk returned to civilian life. His heroine, a middle-class Jewish girl who dreams of becoming an actress, changes her name from Morgenstern to Morningstar, falls in love with and loses her virginity to a pretentious would-be playwright, and learns to settle, happily, for life as a wife and mother in suburban Westchester. “You couldn’t write a play about her that would run a week, or a novel that would sell a thousand copies,” an old beau remarks after visiting her in middle age.

By 1958 Mr. Wouk had moved to the Virgin Islands, an interlude that produced the slight, poorly received comic novel “Don’t Stop the Carnival” (1965). At the same time he began planning an epic-scale novel dealing with World War II, and in 1964 he moved to Washington to do research at the National Archives and the Library of Congress. In pursuit of eyewitness documentation, he also traveled around the world to interview surviving military leaders.

In truth, the book had been gestating for decades. Soon after he finished “The Caine Mutiny,” he told an NPR interviewer in 2004, he wrote in his journal, “Unless I’m mistaken, this is a good book, but it is not yet the war novel I mean to write.”

His Own ‘War and Peace’

In the end he wrote two war novels: “The Winds of War” (1971), which covered the period from the signing of the Nazi-Soviet pact in 1939 to the attack on Pearl Harbor, and “War and Remembrance” (1978), which carried the story forward through the great military campaigns of the war, concluding with the liberation of the concentration camps and the dropping of the atom bomb.

Like “War and Peace,” whose sweep and ambition served as a model, “The Winds of War” and “War and Remembrance” jumped back and forth from the battlefield to the home front. Historic events and domestic life intersected in the experiences of one American family, headed by the naval commander Victor Henry, nicknamed Pug.

In returning to the world of “The Caine Mutiny,” Mr. Wouk won back many of the critics who had written him off. His two war novels, totaling nearly 2,000 pages, gave a rousing account of great events, informed by painstaking research. If Pug Henry seemed to show up, unaccountably, at the elbow of every great leader in the war at one historic turning point after another, Mr. Wouk’s breathtaking narrative pace, skillful stage management and flair for wide-screen spectacle tended to drown out the criticism.

With Mr. Wouk’s help, both novels were translated into successful television mini-series starring Robert Mitchum as Pug Henry. The first installment of  “The Winds of War,”  broadcast in 1983 on ABC, attracted 80 million viewers, and more than half the available television audience tuned in as it unfolded over seven days. “War and Remembrance,” an even more lavish production extending over 30 hours at a cost of more than $110 million, was broadcast in 1988 but attracted a smaller audience.

After writing the autobiographical novel “Inside, Outside” (1985), Mr. Wouk applied his epic formula to modern Israel in “The Hope” and “The Glory,” both published in 1994 to generally unenthusiastic reviews. Readers were guided through Israel’s turbulent history — from its founding to its three major wars and on into the 1980s — by Zev Barak, a noble scholar-warrior on hand to experience all important battles and diplomatic negotiations.

The Winds Of War, and the sequel, War And Remembrance, were two of the best reading experiences I have ever had.  Wouk both told a fictional story of an extended family caught up in the storms of WW2, and the novels also served as an extremely informative and entertaining history of the war itself.

The books were turned into two very popular miniseries in the 1980's.

The Caine Mutiny was a great story also.

The Caine Mutiny, Winds of War and War and Remembrance were outstanding books.

I still have copies of all three.

One of the most outstanding writers of our lives. He got to see so much in his 103 years. We should all be that lucky. RIP.

Thanks for the stories, Mr Wouk. RIP