Ala' Bashir is a 23-year-old Palestinian woman from a village near Kalkilya, who joined ISIS through "Telegram" and was planning to execute a terrorist attack in Israel. 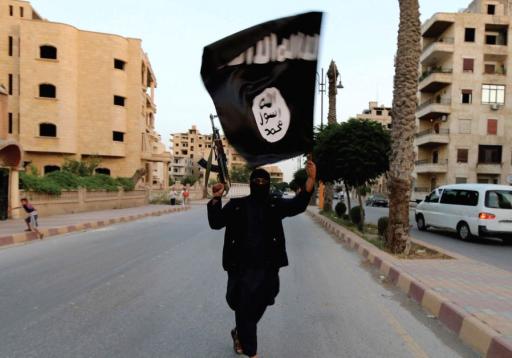 A MEMBER of ISIS waves the group’s flag in Raqqa. (photo credit: REUTERS)

Ala' Bashir is a 23-year-old Palestinian woman from a village near Kalkilya, who joined ISIS through "Telegram" and was planning to execute a terrorist attack in Israel, but was arrested by Palestinian authorities beforehand for "attempting to shake regional stability," Ynet reported on Sunday.

According to the exclusive report by a Palestinian official to Ynet, Bashir joined ISIS, who then taught her – through manuals sent through the internet – how to assemble large explosive devices, which she could strap to herself and commit a suicide terrorist attack in the heart of Israeli territory.

The Jerusalem Post   reported earlier   that at the time of her arrest, witnesses said 25 security officers raided the Othman Bin Affan mosque and arrested Bashir while she was teaching children the Koran.

Bashir’s mother, Asmahan, said that the PA security forces first raided the family home in search of her daughter. “They stormed our home around 5:30 p.m. and identified themselves as members of the Preventive Security Service,” she said. “They said they had a warrant to search the house, but did not show it to me. They conducted a thorough search of the house and confiscated our computers. They asked about my daughter, and I told them she was teaching in the mosque.”

Public campaigns to free Bashir accusing the PA security forces of “desecrating” a mosque and arresting the woman for teaching the Koran forced the Palestinian authorities to publish an announcement explaining that Bashir was arrested for "attempting to shake regional stability," and now the details become clearer.

Bashir had expressed her support of al-Qaeda in the past before joining ISIS, the report claims. The report also states that prior to her arrest, Bashir suffered from harsh social problems, which pushed her to the decision to end her life in a terrorist attack.

Bashir's arrest is not the first time that Palestinian authorities have thwarted planned terrorist attacks against Israel, as earlier reports claim that the authorities cleared roads from explosive devices and arrested terrorists who planned attacks in Israel.

It is a positive thing to see cooperative efforts between the Israeli and Palestinian security forces for the purpose of saving the lives of both Israelis and Palestinians.

Dear Brother Buzz: Protecting against the wanton use of violence to end life, cause injury; destroy property and infrastructure always ends well.

Not so doing always ends poorly.

Meritorious co-ordination of resources on both sides.