April manufacturing fell 44.5% as factories shut down for an EU exit that never came 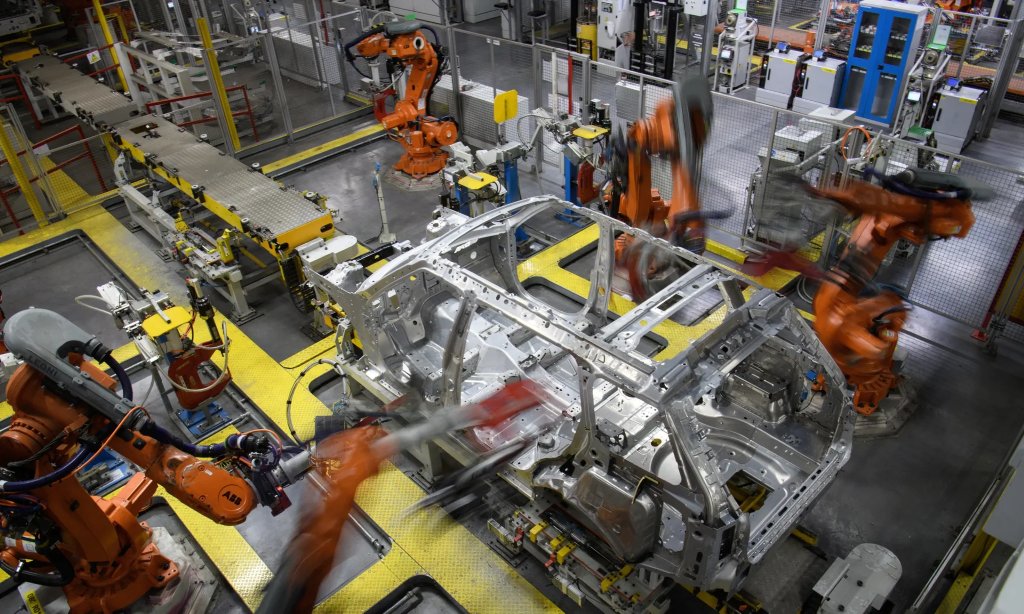 Car production plunged by nearly half in April as factories shut down to prepare for a Brexit date that never came, prompting renewed anguish from the UK motor industry at the “untold damage” done by prolonged uncertainty.

In a slump that the Society of Motor Manufacturers and Traders (SMMT) described as “extraordinary”, 70,971 vehicles rolled off the production lines in April, down 44.5% from 127,970 in the same month of last year.

Labour said the figures showed that the government’s “mishandling” of Brexit was already hurting carmakers, warning of further pain if the next Tory leader backs leaving the EU without a deal.

The majority of the decline in production was down to large automotive firms such as Jaguar Land Rover , BMW and Peugeot bringing forward annual maintenance stoppages that usually take place in the summer.

By moving the date of the planned shutdowns, they hoped to ensure that any disruption to their supply lines around 29 March – the original date of Brexit – took place while production lines were already idling, minimising the impact.

However, the postponement of the UK’s exit from the EU means that the stoppages, which the SMMT called “costly”, proved to be needless.

The shutdowns cannot be repeated over the new Brexit date of 31 October, meaning car firms will have to bear any slowdown to their vital “just-in-time” manufacturing processes during a period of full-scale output.

“This is why no deal must be taken off the table immediately and permanently, so industry can get back to the business of delivering for the economy and keeping the UK at the forefront of the global technology race.”

April’s fall in vehicle production is the 11th straight monthly decline, with previous falls put down to sluggish demand in international markets including the EU, US and China.

However, the 44.5% slump in April was much steeper than the 15% seen in February and the 13% reported in March, with the SMMT blaming Brexit contingency plans.

“The shift in shutdown, which cannot be repeated for a 31 October deadline, was part of a raft of costly and ongoing contingency measures, including stockpiling, rationalisation, training for new customs procedures and rerouting of logistics,” the SMMT said.

It said these measures were “all designed to try to protect business when the UK leaves the customs union and single market”.

Rebecca Long-Bailey, Labour’s shadow business minister, said: “These alarming figures, which show output halving, are stark warnings of what could come from a hard-right Tory leader crashing the UK out of Europe with no deal.

“The industry needs certainty and the government must work with trade unions to produce a long-term strategy for the sector.”

The SMMT said that if the UK leaves the EU with a favourable deal and a “substantial” transition period, the decline in production would ease off by the end of the year as new models come on stream.

“A no-deal Brexit, however, could exacerbate this decline, with the threat of border delays, production stoppages and additional costs compromising competitiveness.”

The automotive industry has been on the frontline of anxiety about the effect of Brexit on business, with warnings issued by a host of firms about the dangers of a no-deal scenario in particular.

An Oxford University study released in April predicted that the UK car industry could collapse by almost half by the mid-2020s in a no-deal Brexit scenario, with plant closures triggering thousands of job losses across the country.

Initial image: Firms such as Jaguar Land Rover moved the date of their planned shutdowns to avoid any disruption to their supply lines around 29 March – the original date of Brexit.     Leon Neal/Getty Images

An Oxford University study released in April predicted that the UK car industry could collapse by almost half by the mid-2020s in a no-deal Brexit scenario, with plant closures triggering thousands of job losses across the country.

And yet... no one has any idea of how to proceed. Fantastic... literally.