Beware the Wrath of the Suckling Lamb

But everyone who hears these sayings of Mine, and does not do them, will be like a foolish man who built his house on the sand: and the rain descended, the floods came, and the winds blew and beat on that house; and it fell. And great was its fall.” (Matt. 7:24-27) 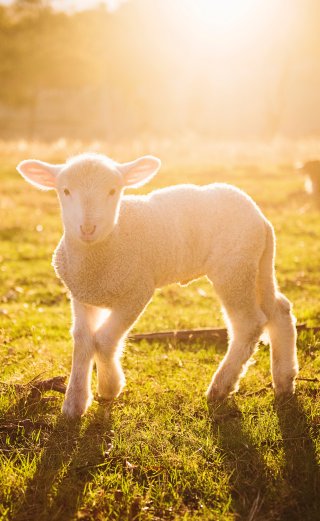 Whenever we point out that God is love , it’s not uncommon to hear at least one person chime in and say: “But God is also a god of wrath!”

Is that true? I mean, we do have one verse in the Bible that tells us that God actually is love:

I think it’s worth noting that, while we do find verses that speak about the wrath of God, we do not find any verses that say “God is wrath.”

My friend Steve Kline recently shared his thoughts on this in one of his blog posts inspired by something he noticed in Psalm 18:25-27 which says:

Here’s what Steve took from this passage:

“The conception among most Christians is that God is angry with us and that if we don’t repent then He will pour out His wrath on us…Yes, we have sinned horribly against God. We denied him…For that, we must repent if we want to enter the kingdom of God, the kingdom of heaven, eternal life.

“…But, for those that don’t repent, is it God’s wrath that will be poured out on them? Or, is it the lies and the violence of the unrepentant themselves that will come back on their own head? Throughout the Bible, we see that the pit the wicked dug they themselves fall into. Or, the snare that evil people set they get caught in themselves. And, in the depictions of Satan (for example, Goliath and Haman), he is almost always killed with his own weapon.”

“The repentant have become merciful, blameless, and purified. And, to the repentant God shows Himself as such. But, to the unrepentant, the crooked (in Psalm 18), God makes Himself seem tortuous. It seems to them like God is vengeful, spiteful, and vindictive, pouring His wrath out on them. However, in reality, it is their own lies and violence that are coming back on their own heads.” [1]

This is a key insight – from the Scriptures – that we need to take seriously. The Wrath of God is quite often something experienced as the fruit of one’s own actions rather than as the direct action of God against the unrighteous.

I believe this is exactly what’s happening all throughout the ministry of Jesus. He arrives on the scene and warns the people to repent – to literally think differently and start to live a different sort of life – or else they will suffer the consequences of their actions.

Specifically, the Jewish people in the First Century were longing for a Messiah to come and liberate them from the tyranny and rule of the Romans. That mindset is eventually what led them to suffer the total destruction of Jerusalem, their Temple, the Priesthood and the end of life as they knew it.

This is what Jesus is trying to warn them about over and over again:

“You have heard that it was said, ‘An eye for an eye and a tooth for a tooth.’ But I tell you not to resist an evil person. But whoever slaps you on your right cheek, turn the other to him also.    If anyone wants to sue you and take away your tunic, let him have your cloak also. And whoever compels you to go one mile, go with him two. Give to him who asks you, and from him who wants to borrow from you do not turn away.

“You have heard that it was said, ‘You shall love your neighbor and hate your enemy.’ But I say to you, love your enemies, bless those who curse you, do good to those who hate you, and pray for those who spitefully use you and persecute you, that you may be sons of your Father in heaven; for He makes His sun rise on the evil and on the good, and sends rain on the just and on the unjust. For if you love those who love you, what reward have you? Do not even the tax collectors do the same? And if you greet your brethren only, what do you do more than others? Do not even the tax collectors do so? Therefore you shall be perfect, just as your Father in heaven is perfect.” (Matt. 5:38-48)

“Therefore whoever hears these sayings of Mine, and does them, I will liken him to a wise man who built his house on the rock: and the rain descended, the floods came, and the winds blew and beat on that house; and it did not fall, for it was founded on the rock.

“But everyone who hears these sayings of Mine, and does not do them, will be like a foolish man who built his house on the sand: and the rain descended, the floods came, and the winds blew and beat on that house; and it fell. And great was its fall.” (Matt. 7:24-27)

In the same way, the prophecy spoken by Jesus in the Olivet Discourse [See Matt. 24] is another example of the Wrath of God that was prophesied by Jesus but fulfilled by the Roman army that surrounded Jerusalem and destroyed it, just as Jesus said they would. But, this destruction was specifically in retaliation for an armed rebellion against the Roman Empire; something that Jesus urged them to repent from by following his teachings about loving their enemies and blessing those who curse them. 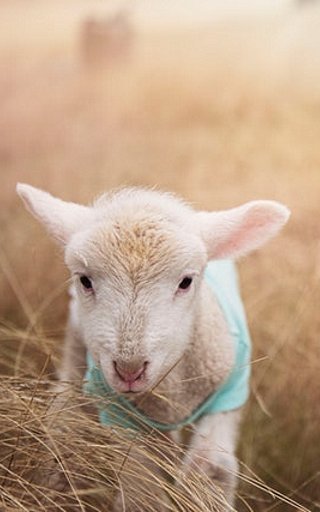 This sowing and reaping, or cause and effect scenario is played out all through the Gospels. But just because Jesus uses Apocalyptic language and warns his people that they face the “wrath of God” for refusing to put his teachings into practice, it does not mean that God is personally responsible for the destruction. In fact, it’s the exact opposite. God sent Jesus as a prophet to warn His people about their need to stop seeking to overthrow the Romans. Jesus told them exactly what would happen if they refused to take another approach – love their enemies, bless them, do good to them, walk the extra mile, turn the other cheek, etc.

Unfortunately, only a few people took this new approach to heart. Those who did were saved from this destruction, but those who did not listen to Jesus were not spared the fruit of their rebellious behavior. This was not an example of God’s wrath or punishment as much as it was the effect of reaping what they, themselves, had sown in defiance of Christ’s message.

The Wrath of God, therefore, appears to be more about suffering the consequences of our own actions and less about the anger of God being expressed directly against the wicked.

What we see is that God – who is love – always works to warn us about these disastrous consequences. Because God loves us, His hope is that we will choose another path which will lead us to life and away from destruction.

In fact, the overarching sweep of the entire Scripture is that God’s entire posture towards us is always good. As Steve Gregg puts it:

“None of God’s actions, including His judgments, are without a positive purpose. This is often affirmed in Scripture…Since there are many such [verses] that speak of God’s judging as a function of His love and mercy – while there are none that tell us that God’s judgments are merely retributive…it seems inappropriate and gratuitous to interpret the few verses in Scripture about hell as if we did not have ample testimony elsewhere revealing the divine purpose and intention of saving all that were lost.” [2]

Again, we can affirm the scriptures which reveal to us the truth that “God is love” and we can see that God is not a God of wrath. He’s a God who loves us enough to warn us when our actions are leading us to destruction and he weeps for us when we fail to see the things that make for peace.

This is not rocket science... on the condition that one really, truly accepts the idea that God is Love.

(I seem to remember some Middle Eastern guy preached that a couple millennia ago...)

If a person has chosen do do ill to others, then they will have created their own private Hell.

God loves. God does not judge.

Our own consciences judge us.