Boris Johnson has promised to cut taxes for around 3 million higher earners by raising the 40p threshold from £50,000 to £80,000 if he becomes prime minister, in a move condemned by senior Labour figures. 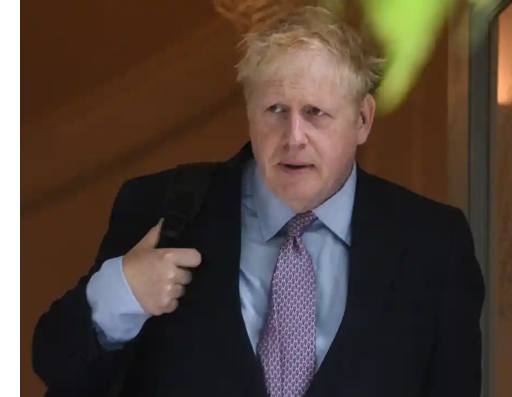 The Tory leadership hopeful used the Telegraph to make the case for the cut, saying, “We should be raising thresholds of income tax – so that we help the huge numbers that have been captured in the higher rate by fiscal drag.”

The move would cost around £9.6bn a year, which would be paid for partly from savings in Brexit no-deal preparations, he said.

The former foreign secretary also argued in his column that “we should be cutting business taxes”, despite the UK already having one of the lowest rates of corporation tax among developed economies, with successive reductions taking it from 28% in 2008 to 19% now.

The pledge to cut tax for higher earners casts doubt on his efforts to present himself as a One Nation Tory, as he courts centrist and moderate Conservatives for his leadership bid.

John McDonnell, the shadow chancellor, said: “Exactly as predicted, the Tory leadership race is degenerating into a race to the bottom in tax cuts. When there are 4.5 million children in poverty, 1 million elderly in severe poverty, the schools’ budgets and our police service stretched to breaking point, this [is] the Tory priority.”

Keir Starmer, the shadow Brexit secretary, said: “Tax cuts for the better off: nothing for those earning less. Very ‘one nation’ – not.”

Other leadership candidates have also promised tax cuts as they try to appeal to the 160,000 Conservative members who will vote for the prime minister from a shortlist of two picked by MPs. Jeremy Hunt, the foreign secretary, has pledged to use the no-deal “fiscal headroom” to slash corporation tax from 19% to just 12.5% – the same level as Ireland.

Dominic Raab , another leadership contender, was the first to promise lower income tax, saying the basic rate should fall from 20p to 15p over five years if he becomes prime minister. He has previously set out his view that the top rate of tax for those earning more than £150,000 should be scrapped altogether and that the higher rate should be cut to 35p.

The country is on the edge of chaos, so there's obviously only one thing that's really, really important:

Tax cuts for the rich!

Of course. And don't tell me, it will be great for the economy.../s.

Is it me or in that pick does he look like Gary Busey.