A US war with Iran looms. Don’t for one second think that it is justified

community » Discussions » Category » World News » Discussion » A US war with Iran looms. Don’t for one second think that it is justified

Trump’s allies will try to paint Iran as a threat, as they did with Iraq. We must not fall into step with their prefab bloodlust. 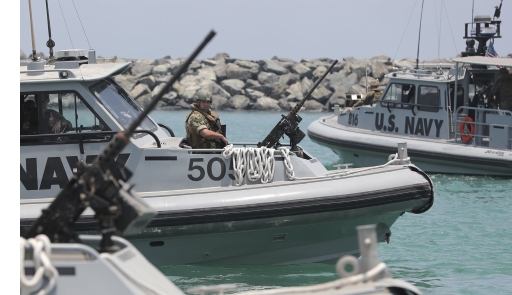 W e know how the story goes. The decision for war is made long in advance. That becomes the end point, and the evidence must be marshalled to achieve that goal. A long-lasting regime suddenly becomes an imminent threat. Exiles with minimal connections to their country of origin, but with fat bank balances, extensive links with rightwing thinktanks, multinational companies and western security services are wheeled out to solemnly declare that war must be waged on their homeland. A litany of never-ending human rights abuses is endlessly detailed: the sort ignored by our elites if they are committed by our allies, like the Saudi dictatorship, which has plunged Yemen into the world’s worst humanitarian crisis. Critics of war are demonised as stooges or useful idiots of an enemy that imperils national security and menaces its own people, and as haters of their own country.

It happened in Iraq, it happened in Libya, too: both countries were swiftly drowned in blood and chaos. In a just world, one might expect the cheerleaders of these catastrophes – which ended in the slaughter of hundreds of thousands, the maiming and traumatising of countless others, created millions of refugees and internally displaced persons, and turned both nations into playgrounds for violent extremists – to be driven from public life in disgrace. Instead they retain their influence – within the US administration (most strikingly in the form of John Bolton , Trump’s national security adviser), within the leading echelons of the Conservative party, and within the commentariat. And, without shame but with much bloodlust, they set about building the case for a new war with Iran.

After Jeremy Corbyn suggested that the Trump administration’s pronouncement of Iranian guilt over the tanker attacks needed to be scrutinised , and that “Britain should act to ease tensions in the Gulf,” he faced a barrage of denunciations. You see, you are more likely to be regarded as a respectable politician if you casually call for wars that will incinerate sleeping infants and annihilate wedding parties than if you call for de-escalation and peace. Never mind that EU foreign ministers echoed Corbyn’s position, demanding an independent UN investigation and more evidence. Corbyn was “pathetic and predictable”, pronounced flailing Conservative leadership candidate Jeremy Hunt, asking why Corbyn could “never bring himself to back British allies, British intelligence or British interests.” This is somewhat curious given the Labour leader had the same line as Britain’s European allies, and only the delusional or the wicked could imagine a new Middle Eastern conflagration amounts to “backing British interests”.

It is the comments of fellow flailing Tory leadership candidate Michael Gove that are particularly instructive: Corbyn’s “comments on Iran show once again he is not fit to be trusted with our national security”. Here is a man who called for the invasion of Iraq two days after 9/11 and who remains gruesomely supportive of it. According to Tory ex-chancellor Ken Clarke, with Gove as prime minister “ we’d go to war with at least three countries at once ”.

This lust for war should frighten us because, while the likes of Gove will not become prime minister, the consensus among the Tory elite is clear. For Boris Johnson – already ordained by the US president as his favoured candidate – “taking back control” means becoming the lapdog of Donald Trump’s US. If indeed the US gets its war – back in 2012, Trump himself suggested that Barack Obama might “play the Iran card in order to start a war in order to get elected”, so it is a strategy he is familiar with – then do we really think our Trumpified government won’t commit British support?

But while our Tory overlords committing to another disastrous military escapade is predictable, Trump’s “coalition of the willing” will surely extend further. There was a certain type of self-described “centrist”, or “moderate”, or “liberal”, or however they choose to describe themselves, who would denounce Trump as an authoritarian menace to humanity, as a would-be fascist dictator, but applaud him as soon as he started firing missiles. That’s how they responded when he directed US firepower at Syria; surely they will do the same if missiles rain down on Iran.

Tony Blair is a bellwether here: rehabilitated among some over Brexit, this Saudi-funded warmonger has repeatedly demanded regime change in Iran , including through direct military action . Earlier this year, his institute attacked western governments for being too complacent over the Iranian threat.

And here is the danger. If Trump – after ripping up the nuclear deal – gets the war his advisers crave, there will be influential so-called “moderates” who will say yes, the US president is a very real danger, yes he’s a menace to democracy and to global peace, and yes he’s really terribly vulgar, but I’m sorry we must back him, because Iran is the imminent menace we once claimed Iraq to be. They do not lack in either connections or influence, and they will use both to attempt to marginalise opponents of the latest disastrous act of US-led aggression. We know how this film ends – we’ve watched it before – and a movement to stop a repeat of Iraq and Libya needs to get its act together now.

Iran underlines the absurdity of the given pretexts for these wars. If threats to national security, or human rights abuses, were genuinely the basis for military intervention, we would have fired missiles at Saudi Arabia long ago: whether it be for exporting international terrorism, or for dropping bombs on buses full of Yemeni children en route from picnics. But it is clear where we’re heading. War looms – that’s barely sunk into the consciousness of the wider public – and if the cheerleaders of the Iraqi and Libyan wars get their own way, a worse calamity than either could beckon.

And here is the danger. If Trump – after ripping up the nuclear deal – gets the war his advisers crave, there will be influential so-called “moderates” who will say yes, the US president is a very real danger, yes he’s a menace to democracy and to global peace, and yes he’s really terribly vulgar, but I’m sorry we must back him, because Iran is the imminent menace we once claimed Iraq to be.

Wow, I am against US war with Iran (Saudi Arabia, Turkey, and Egypt need to take care of Iran) ; but this article still misses.

A litany of never-ending human rights abuses is endlessly detailed: the sort ignored by our elites if they are committed by our allies, like the Saudi dictatorship, which has plunged Yemen into the world’s worst humanitarian crisis.

Saudi Arabia "plunged Yemen into the world's worst humanitarian crisis". WTF? Saudi Arabia didn't remove a duly elected pro western government from Yemen via coup. That would be the Iranian backed and trained Houthi; which have hit Saudi Arabia oil pipelines and infrastructure multiple times with missiles. Nor are the Houthis pro US by any stretch of the imagination.

Please don't pretend that Iran is a poor peaceful nation, or will ever become a willing US ally.

It is correct that the war drums are beating against Iran; but pretending that Iran is on the same level as Libya or Iraq is ridiculous.

America DID remove a duly elected government from Iran via coup.