Why Do You Not Do What I Say?

community » Discussions » Category » Religion & Ethics » Discussion » Why Do You Not Do What I Say?

nowhere in the gospels does Jesus present us with a nice and easy program to follow so we can obtain post-mortem bliss (i.e. heaven.) You won’t find it. Jesus's teachings were about the “kingdom” of God here on earth “in this generation,” through people learning how to take care of people. 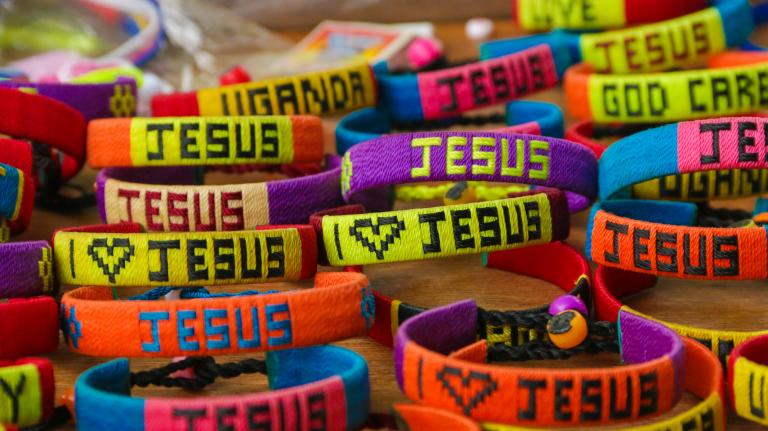 In Luke’s gospel Jesus asks the question, “Why do you call me, ‘Lord, Lord,’ and do not do what I say? As for everyone who comes to me and hears my words and puts them into practice, I will show you what they are like.” (Luke 6:46, 47)

The Jesus of Matthew makes a similar statement: “Not everyone who says to me, ‘Lord, Lord,’ will enter the kingdom of heaven, but only the one who does the will of my Father who is in heaven. Many will say to me on that day, ‘Lord, Lord, did we not prophesy in your name and in your name drive out demons and in your name perform many miracles?’ Then I will tell them plainly, ‘I never knew you. Away from me, you evildoers!’ Therefore everyone who hears these words of mine and puts them into practice is like a wise person who built their house on the rock . . . ” (Matthew 7:21-24)

A few of years ago, a person from the audience came up to me with concern after a presentation I had given at a summer event. We were in the middle of a week-long series on the Sermon of the Mount in the gospel of Matthew. We’d progressed through Jesus’ rejection of violence and his teaching on sharing our surplus with the poor, and those two teachings alone were about enough for him. He said, “Herb, I feel like you are just giving us a really difficult way to get to heaven.”At that moment, I really didn’t understand all that his statement meant. But as I thought about it, some things began to become clear for me.

First, I think we need to be honest about the Sermon on the Mount. There are things in it that are difficult to accept, especially for people in social locations of privilege and power, today especially here in America. Its statements on nonviolence (e.g. Matthew 5:39) and anti-capitalism (e.g. Matthew 19:23) can even be interpreted as deeply un-American. So yes, some things in Matthew’s gospel are difficult for us.

But before we chuck the entire message, let’s first ask what sector of society we’re encountering these teachings from, where we stand in society. Those of us who are privileged in the status quo always find the teachings of Jesus difficult, whereas those who are who are less privileged tend to resonate with Jesus’ teachings in thee gospels and hear them as good news. (Both oppressor and oppressed are challenged with the practice of nonviolence, although it challenges them in very different ways.)

So if a saying of Jesus initially strikes you as difficult, first begin by locating yourself within society, and ask why you might be experiencing his teaching as hard to accept.

Second, nowhere in the gospels does Jesus present us with a nice and easy program to follow so we can obtain post-mortem bliss (i.e. heaven.) You won’t find it. Jesus teachings were about the “kingdom” of God here on earth “in this generation,” through people learning how to take care of people. It is Paul’s gospel that addresses post-mortem heaven, not Jesus’. Jesus placed before us a vision of things on earth being transformed to be “as they are in heaven.” He was not giving us a difficult way to get to heaven, but rather a risky and often deeply challenging way to heal the brokenness in our world. I believe Jesus was showing us a path, a “way,” to a safer, just, more compassionate world for us all through mutual participation and mutual care.

G.K. Chesterton is often quoted as saying that the history of Christianity does not prove that the teachings of Jesus have been “tried and found wanting,” but that those teachings have been “found difficult and left untried” (See Chesterton’s What’s Wrong with the World ). But again, Jesus isn’t trying to make it hard for us to get to heaven; he is being honest about how hard it really is to make our world a safer, more just, more compassionate home for everyone. When we tell the truth about this, we don’t make following Jesus hard. We are simply honest about how hard it can be for those at the top of our socio-economic pyramids to follow him. It’s easy to worship Jesus. It’s easy to hold a cosmological notion about Jesus that doesn’t impact the way our societies are structured here and now. It’s much more challenging to distill his ethical teachings from a first century Jewish context and apply them to the challenges we face in our society today. And it’s still more challenging to actually follow through with those actions.

But I believe the challenge is worth it. No medical student graduates from medical school and says, “What a bunch of behavioralist professors! All they told me for four years was ‘Do this and do that! Do this and don’t do that!’” Instead, many of these graduates go out into the world with a set of skills and perceptions that we all hope will enable them to alleviate suffering in our world.

It’s the same with Jesus. Jesus didn’t give us a list of doctrines to believe. He left us a set of teachings, wisdom teachings, ethics teachings to put into practice. As we endeavor to put them into practice, our experience grows, our practice becomes more skilled, our listening becomes more honed, and our actions become more intrinsically healing and liberating to those who are not privileged by the current status quo.

Matthew is clear: not everyone who calls Jesus “Lord” will enter this new way of doing life in our world. Luke is clear, too, that the sayings of Jesus must be “put into practice.” This set of teachings includes the “Way” of grace, hospitality to migrants, nonviolence, peace-making, loving enemies, reparations and forgiveness, restorative justice, transformative justice, social justice, economic justice.   They include working alongside those who are oppressed, marginalized, disinherited, excluded, a generous inclusivity, a radical sharing, and a community built on the principle that the our hope as humans is in people taking care of people, rather than people competing with people.

If I had to choose between someone who believed in all the cosmological claims Christianity makes about Jesus, but who did not wish to put into practice the teachings of Jesus, and someone who doubted those cosmological claims, but saw intrinsic value in Jesus’s teachings and sought to both understand and practice them in the here and now, I would have to choose the latter. The former has brought too much suffering on our world, whereas the latter endeavors to alleviate that suffering and sometimes succeeds!

I want to also address the word “Lord” or “Master” in the above passages. Both these terms are problematic especially in the context of patriarchy and the history of slavery. I believe the Jesus of the gospels rejected  domination and subjugation as life giving structures for organizing human life. Jesus taught liberation from these kinds of forms and structures (see Luke 4:18-19). He taught that although we are not to seek to dominate or subjugate one another, we are also not free from one another. We are connected! We are interdependent. No person is an island, and, as branches on the vine, we are all dependent on each other. Jesus taught the way of mutual aid, and he cast a vision of a world of people mutually taking care of each other. The hope for our world in the gospels is not developing more efficient ways of subjugating others, but in our discovering more effective ways at taking care of one another.

I don’t believe the Jesus of the gospels actually wants to be anyone’s “Master” or even “Lord” in the sense of an emperor or patriarchal, feudal baron. I see no example of Jesus grasping that kind of power in the stories. Like all wisdom teachers, Jesus desires to lead his listeners to a better way. And I don’t see him in any of the gospels wanting to dominate others. His desire was not to be served but to model what it means to serve. (see Mark 10:41-45, Matthew 20:24-28, Luke 22:24-27; John 13:4-5 and John 13:12-15) Yet the language used here is problematic, and we can do better.   A better word than master or lord could be mentor, example or teacher.

These passages suggest to me that Jesus was much more interested in modeling and teaching a different way for us to live together as members of the human family. Even when the gospels use the phrase “kingdom of God,” they are subverting the Domination Empire of their day and casting a vision for a world where people no longer dominated and subjugated each other as they did in the empires of that time.

Jesus did not emerge in Judaism only to become another in the long list of lords who practice domination. Instead, he showed us something very different. And this is a significant challenge to today’s Christian culture. Today, Christians overwhelmingly emphasize verbally acknowledging Jesus as “Lord” so that a person can be assured of post-mortem bliss. Yet, in many sectors of the Christian religion, the sayings of Jesus on nonviolence, his preferential option for the poor, his treatment of ‘the least of these,’ and his critique of domination systems are largely ignored by those who call him “Lord.” We read these sayings of Jesus in the gospels, but don’t hear them. The sayings pass right by us without substantially challenging the shape of our world. It is a very strange phenomena to me, one that I, too, used to experience. And yet there is hope. There are many who have woken up and are waking up to this contrast. To each of you who have woken up to this contrast, our passages from Luke and Matthew should serve as encouragement. You are working in the light communicated by the question: “Why do you call me, ‘Lord, Lord,’ and do not do what I say?”

If I had to choose between someone who believed in all the cosmological claims Christianity makes about Jesus, but who did not wish to put into practice the teachings of Jesus, and someone who doubted those cosmological claims, but saw intrinsic value in Jesus’s teachings and sought to both understand and practice them in the here and now, I would have to choose the latter. The former has brought too much suffering on our world, whereas the latter endeavors to alleviate that suffering and sometimes succeeds!