"He said he was going to help working people, and it is estimated that as many as 300,000 autoworkers may be out of a job before the end of the year,"

In an interview with CNN on Monday, Sen. Kamala Harris argued that President Donald Trump has failed to deliver on his promises to workers. And she issued a dire warning about autoworkers' jobs in particular.

"He said he was going to help working people, and it is estimated that as many as 300,000 autoworkers may be out of a job before the end of the year," she said aboard her campaign bus in Iowa.

That was a more conservative figure than Harris used July 12 on the radio show "The Breakfast Club," during which she said, "He's helped the top 1% and the biggest corporations. Meanwhile, some estimate that as many as 700,000 autoworkers were going to lose their job before the end of the year."

Facts First: There is no credible estimate that 300,000 autoworkers might lose their jobs by the end of the year. And there has been an increase in autoworker jobs during the Trump presidency, though there has been a slight decrease over the past year.

Harris' campaign told CNN that the "300,000" figure came from a study published in February by the Center for Automotive Research. That study, however, estimated approximately 367,000 job losses in the entire economy, not among autoworkers in particular.

And the estimate was for job losses a year after Trump imposed a 25% tariff on automobiles and auto parts from every country except for Canada, Mexico and South Korea -- which he has not done.

Trump has made false claims about his record on auto jobs -- inaccurately boasting, among other things, that new auto plants are being built in places like Florida and Pennsylvania. But he is correct when he says auto jobs have been created during his tenure.

Harris could fairly argue that Trump has had a modest impact on industry employment. But she is wrong in suggesting that experts believe he might cause autoworker employment to plunge within months.

An Actual "FACT CHECK" on a Liberal running President, without making some other super nice/niceties about the Liberal candidate to sugar coat them ?

I don't know how all Ms Harris blatant lying plays out in the democratic primaries, but she is now as good as dead in a general election (should she get there). It's a shame really. She had certain attributes that would have made her a viable candidate, if only she had taken a higher road.

Apparently, Democrats aren't at all concerned about lies IF a Democrat tells it. If Trump does, whoa!!!

Apparently, Democrats aren't at all concerned about lies IF a Democrat tells it. If Trump does, whoa!!!

Say, I got that proof you ere demanding in the other article. You should read it.

The "Media" seems to be selective and choosey (CNN types), until the "Call outs" become too much to overcome. Then they throw you a crumb to try and become "Relevant" again.

Just like Liberal Politicians. They'll throw some crumbs atchya, promise you the "World", then ream you later for a "Good Cause".

Just like Liberal Politicians. They'll throw some crumbs atchya, promise you the "World", then ream you later for a "Good Cause".

Liberal politicians???  Have you not seen any of Trump's rallies?  Care to name one promise that he made that he has accomplished?  Remember, he had 2 years of Republicans in control of House and Senate.

Have you not seen any of Trump's rallies?  Care to name one promise that he made that he has accomplished?

Tax Breaks for ALL !

I know the "Media" doesn't do much for education, but there are 288 more if you'd like to see them. And even more than that too.

Nope, tax breaks went to the 1%, many others ended up paying more.

A Year After the Middle Class Tax Cut, the Rich Are Winning

I'm talking things he promised and did, NOT things he is trying to take credit for.

Nope, tax breaks went to the 1%

It's Trumps fault that folks don't know how to get their taxes done to take advantage of the "Tax Break" to keep more of their own money ?

As your link notes, it would take an accountant to do it, but the "for the average joe" H & R Block (As seen in every strip mall) will do it for a small fee for you. Seems some just can't free up some time to get out and get it done huh.

"I'm talking things he promised and did"

When did he promise to eliminate a bunch of middle class deductions?

When did he promise to eliminate a bunch of middle class deductions?

What new "Deductions" did I use then ?

Democrats aren't at all concerned about lies IF a Democrat tells it.

They also like to use the best phrase in Liberal lands History ….. "This is What they really meant"... Like the Dems running for the presidency don't know shit !

She's really bad. I hope her naked ambition and the resulting dishonesty are as clear to the rest of the voters as they are to some of us. She is definitely one of those people who will say whatever she thinks she needs to say to get elected. With a person like that, you will never know where she stands on anything because she doesn't actually believe in anything beyond getting herself elected.

That's false. You commented on her lie about Michel Brown being murdered just the other day, so you can't plead ignorance on this. 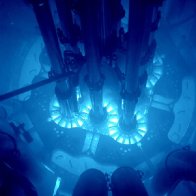