Arthur Evans, who “discovered” Minoan Crete through his excavations at Knossos, believed that the culture’s primary deity was a nature Goddess.

Marija Gimbutas argues that Europe was created through a clash of cultures. Old Europe c. 6500-3500 BCE was agricultural, settled, peaceful, egalitarian, matrifocal, matrilineal and probably matrilocal, and worshipped the Goddess as the symbol of the processes of birth, death, and regeneration in all of life. According to her, pre-Indo-European culture was overthrown but never totally extinguished by patrilineal, patriarchal, nomadic, horse-riding warriors who spoke Indo-European languages and worshipped the shining Gods of the sky.

Because of its location at the southern end of Europe, Greece—and finally Crete–was the last to be conquered by the Indo-Europeans. The Indo-European group known as the Mycenaeans arrived in Greece c. 2000 BCE, conquering Crete c. 1450 BCE. Though Gimbutas’ views of a peaceful prepatriarchal Old Europe have been disparaged as wishful thinking by classicists and archaeologists, her theory of an Indo-European invasion that changed the cultures of Europe is being confirmed by DNA evidence . 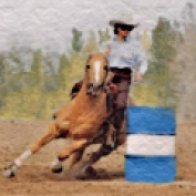 Boyd Hawes also resists the temptation to interpret Minoan culture with reference to the cultures of Egypt and Mesopotamia. She states that “No impartial student of Cretan material can fail to be impressed by the freedom of genius it displays by its essential unlikeness to the works of the Nile and Euphrates Valleys, by what may be called its emotional character, as opposed to that which is monumental and sacerdotal.” (9b) “Sacerdotal” in this context includes deifying the kingship. Many early and contemporary scholars use comparisons to ancient Near Eastern or Egyptian traditions to unlock the meaning of Minoan symbols and rituals, not recognizing massive cultural differences.